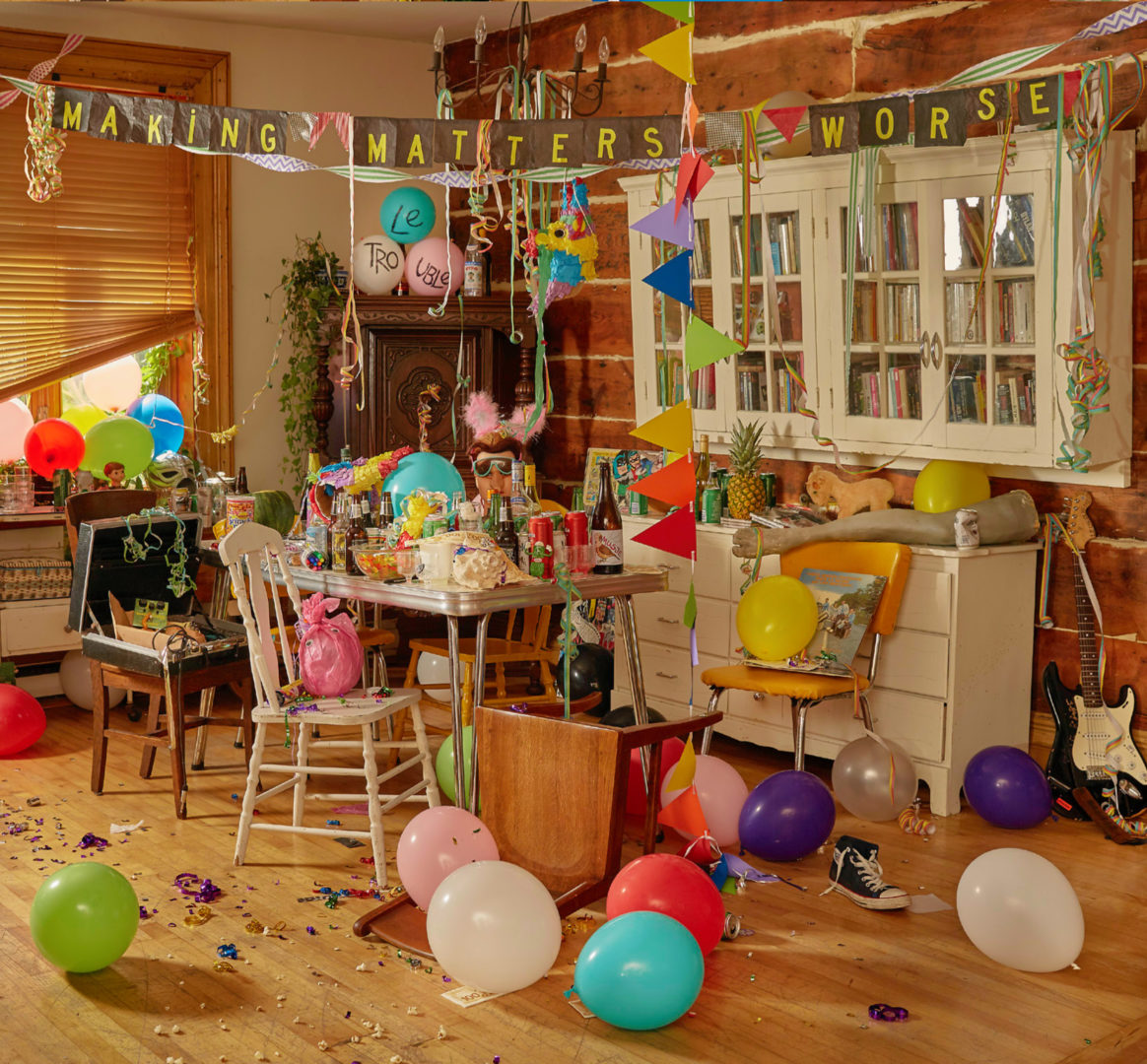 Montreal’s Le Trouble have released Making Matters Worse, the indie rock sensations debut, full length album.  Over the course of the record’s eleven tracks, Le Trouble prove they are more than ready to take the modern hipster scene by storm!

Kicking the album off with bouncing drums and thin, crunching, and swelling guitars, “”How Was I To Know?” immediately separates Le Trouble from the pop stream which many indie bands traverse along with rock traditions.  Rather, Le Trouble has a minimal- at the most- use of electronic elements, including synthesisers.  This is a guitar and vocal driven band, and their choice of an opening song could not assert that fact better.  Australian born Michael Mooney’s voice is powerful and haunting; at times it can be both, while also sporting an impressive range and a timbre which resembles Radiohead’s Thom Yorke.  Paired with the tight rhythm section of  bassist Garrett Dougherty and drummer Jesse Gnaedinger, as well as the guitar work of Maxime Veilleux  and Bao-Khanh Nguyen, Le Trouble embodies, and to some degree, gives a progressive push to the indie rock genre.

The album continues to deliver solid tracks which showcase a variety of sides to Le Trouble.  Even before diving into these sides, that fact alone separates them from many in the indie scene who often stick to a handful of clichés which leave the style feeling stagnant.  “Sad Blondes” is a perfect example of this as it takes the band in a slightly funkier direction; one with rhythmic pulses which push and pull the song into different directions, making it impossible for the listener to remain still.  “Ghost Surfer USA” provides a modern take on the nearly dead surf rock style, while “Vampires” creates a unique juxtaposition of dance pop meeting a melancholy ballad.

All in all, Le Trouble’s Making Matters Worse is an album that shows the listener a band who know they are at a position of make or break.  The debut album is crucial at cementing a foundation for a future career, and in every regard, Le Trouble exceed making it with an album which sits comfortably with modern indie music, while challenging and often rejecting the norms associated with the genre to create an album that is unique and in your face- in an indie kind of way.  Making Matters Worse is definitely an album worth checking out, and be sure to look out for Le Trouble throughout what will be- if this album is any inclination- a very big year.