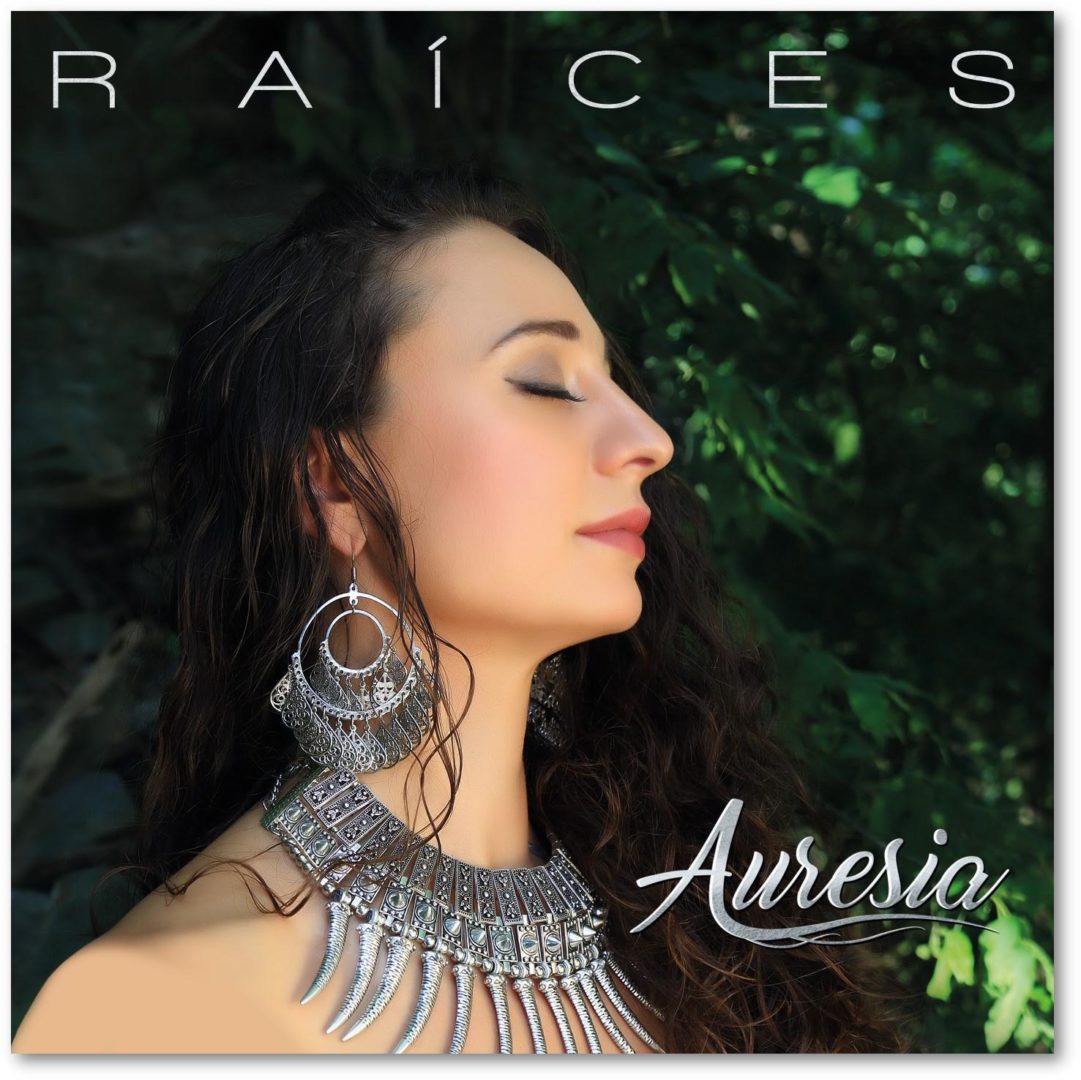 Here at Canadian Beats, we love finding out about new Canadian artists, so of course when Auresia was introduced to us, we wanted to know more, so you’re in luck because here is our segment of Five Questions With!

Hello Readers! My name is Auresia- pronounced – or-ESH-a. I am an independent world pop artist inspired by Caribbean rhythms and deeply by reggae, salsa, afro-Cuban music. Born of Ukrainian decent and raised in Alberta, I grew up with a lot of Ukrainian music.  My parents tell me I have been humming and singing since I was a baby. When I was a child, they had dinner parties on the weekends and got me singing and performing for them by the time I was three. Music was always a big part of my life, my father was also a singer and played accordion, and my mother played the piano. I started performing and writing songs in my mid teens and when I moved to Montreal, I embarked on my debut self- titled album.   Now with 3 albums under my belt and 1 EP, I have since toured South America, Jamaica, Cuba and Canada several occasions.

My first album was very roots reggae inspired, and my sophomore album- ‘Risin’!” released in 2013 is full of soulful pop melodies and themes of love in all its forms, a mix of “worldly” styles including Reggae, Latin, Salsa, Flamenco and Rock and features producers and musicians from Toronto, Montreal, Cuba and Jamaica. Most of the music that I love and listen to are tropical with conscious lyrics, so I’m sure that has an influence as well

As far as my writing style goes, I never know when I’m gonna get a good song idea. Sometimes I’ll be walking or on a jog, and have to stop to record the idea on my phone. More recently I have been writing songs in my dreams and they are complete in the dream and at times I find myself trying to wake up in the middle of the night and write them down/ try to record it down before its gone (not that easy to do trust me, lol!). Other times, they’re more calculated and I choose a topic I like to write about, and other times songs just unfold in a jam.

My newest album entitled Raíces (meaning “roots” in Spanish), was released on November 29th, 2016 and recorded between Cuba, Montreal, and Ukraine, with all organic and acoustic instrumentation. It is a beautiful mix of salsa, roots reggae, folk, and afro Cuban inspired rhythms that can’t help make you groove and dance. Each track has a different flavor, though all are bursting with ear-candied “pop- iness” and sweet melodies that you probably will be singing along to throughout the day.

Yes, in Montreal, on Valentine’s Day- February 14th  at Union Des Écrivains Du Québec. I am taking part in an awareness show for women, speaking out against racism and discrimination through literature and poetry. Here is the fb event for more info: https://www.facebook.com/events/355326604853495/

There is a tour in the works for this Summer with dates across Canada, US and Europe that have yet to be announced.

Some have described my show as high-energy and positive while still captivating the audience with meditative vocals, blending the soul of reggae with various rooted sounds from across the world, with a penchant for delivering unexpected genre-bending tracks. But the simplest answer is my love of music and how it reflects throughout my show.

Wow… that’s a tough one.  Can I pick more than one? I guess I would suggest On The Road Again, the first single off my new record- “Raíces” (which features bandura- a harp banjo folk instrument). It’s a song about travelling and feeling at home on the road. Full of catchy melodies and a good vibe, recorded between Cuba, Canada and Ukraine

“High” from my 2nd album- Risin’ or the roots reggae/ salsa remake in my latest release: “High” Salsa, written in Toronto with Omar Martinez Rosell (co-writer of “Pray” Justin Bieber). It is a feel- good song about being high on love and life. Each version showcases the songs strengths in the verse, chorus bridge, and ending parts.

Another fun track that everyone always loves is “Chocolate” from my sophomore release. There is also a fun music video on Youtube where you can see that I recorded it on a cocoa farm in Jamaica.

I love reggae pop inspired- The Steadies-, irie style Takeyce-Ti, who just released her debut album, Prophecy Izis, with his beautiful roots reggae music and lyrics, Colectivo who mixes reggae, salsa and funk- which is super fun, FLO who does ska roots reggae acoustic music are some of a few of my favorites.  More old time faves are: Neil Young, Joni Mitchell, and Nelly Furtado.

Hope your readers got to know me a bit better. Keep up to date about my upcoming tour dates on my website: www.auresia.com and stay connected with me via my social media pages, www.Facebook.com/auresia  and www.twitter.com/auresiamusic.