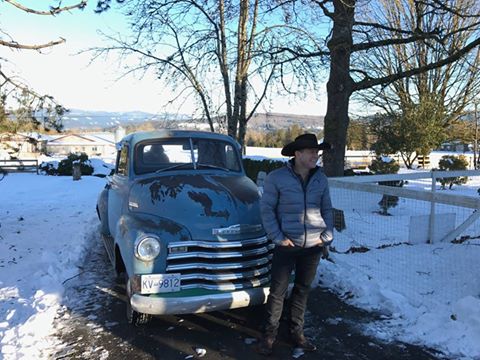 “When A Momma’s Boy Meets A Daddy’s Girl” is the third single from Pritchett’s album The Score (this album won the Canadian Beats 2016 Album of the Year award) and will undoubtedly be “the song” for this Valentine’s Day.

This video, featuring the romantic stories of four couples and the many stages that are part of relationships, is magical. The first story: a country road, an old truck, a single rose and pulled-back curtain sets the scene for the start of young love. The second story unrolls the feeling that is evoked from that first kiss and the true love that follows. The third story: “it’s the pay cheque spent on a diamond ring” with a marriage proposal that leads to a wonderful wedding day. The last story – the birth of a child. This is about a child that comes into the world in a special way for a special couple; a gay couple and the love that they immediately share for their daughter.

“The song is meant to take you back to a place in life that I think we all can relate to, especially young love, where everything is so exciting, new and innocent,” says Pritchett.

Cole Northey, who also directed Pritchett’s “Dirt Road in ‘Em” BCCMA award-winning video, directs ‘When a Momma’s Boy Meets a Daddy’s Girl.” “Shooting this video with Cole and his team was a ton of fun,” says Pritchett. “We wanted to create a storyline that shows the many faces of love, and I think this video does just that. We think the song and the video will appeal to not just my country fans, but to anyone that has been in love.”

Aaron Pritchett’s album The Score and his latest single, “When A Momma’s Boy Meets A Daddy’s Girl” is available to purchase on iTunes.