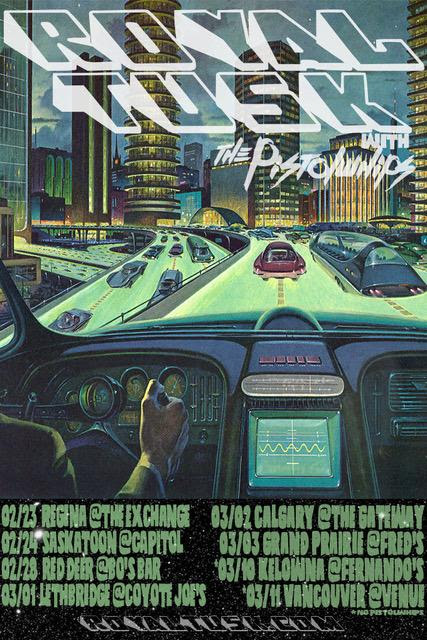 Royal Tusk are getting ready to take their energetic show on the road this winter, with tour dates just announced across Western Canada!

Joined by The Pistolwhips, the tour will kick off in Regina on February 23 and will see the band making stops in Saskatchewan, Alberta and BC before wrapping up in Vancouver on March 11.

There’s a reason Royal Tusk was named one of our top bands to watch for in 2017. Their debut full-length album Dealbreaker has been receiving rave reviews, with over 3 million streams and counting on Spotify.

International fans of the band can catch them at SXSW in Austin, TX in March and at The Great Escape in the UK in May.