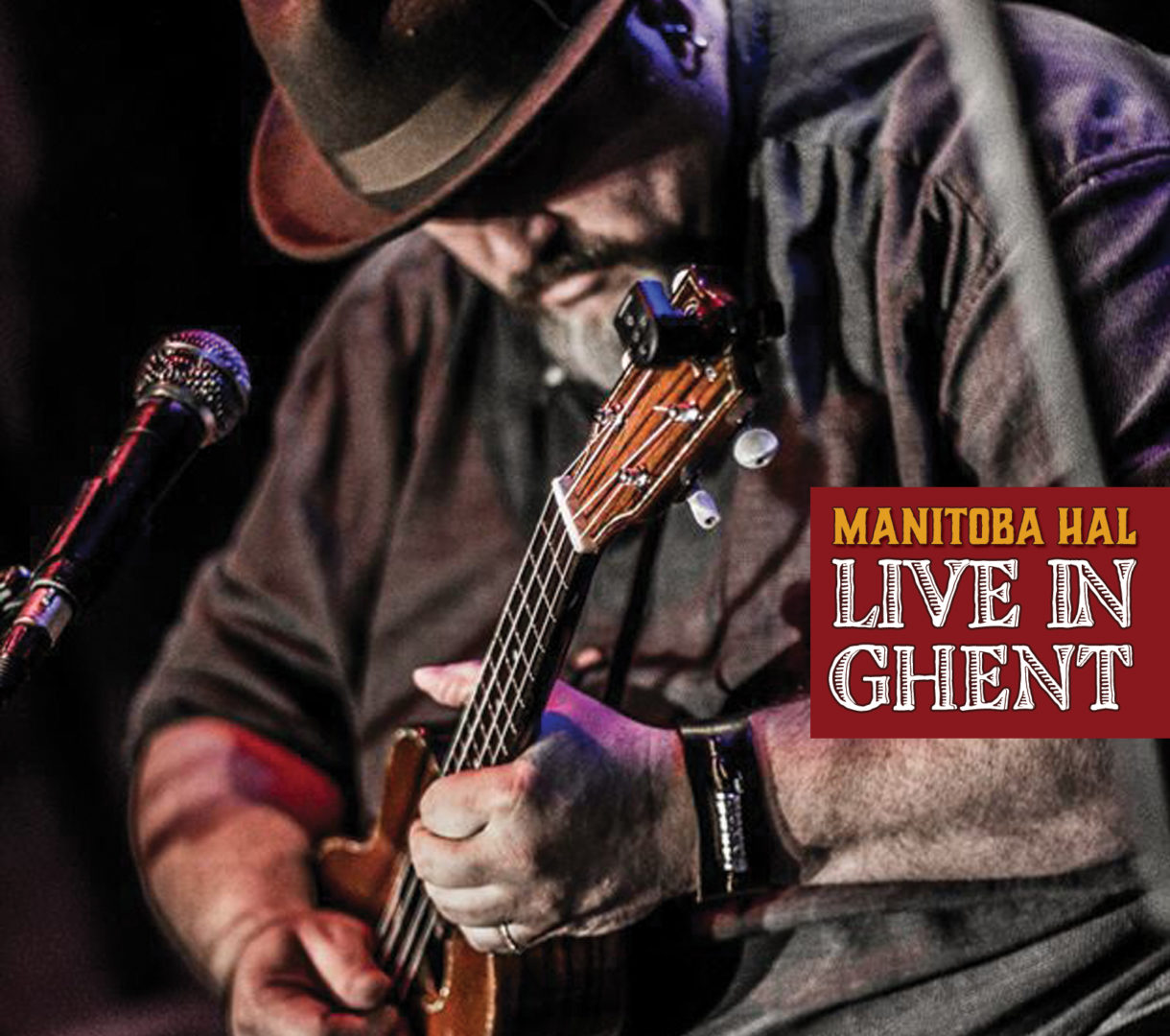 When you think Ukulele, you think Hawaiian music, but when you hear Manitoba Hal Brolund plucking and strumming on his ukulele to create great blues, you rethink the ukulele, as well as its place in music. Manitoba Hal has a strong voice that compliments the ukulele and the riffs that power this 2 disc, 16 song album. This album shows he is a master at the ukulele.

Live in Ghent was recorded at a tour stop in Belgium in April of 2016. Half of the songs are blues covers; songs by Robert Johnson, Bo Diddley and B.B. King are blended in with originals to compile a fine blues album.

Manitoba Hal’s own tunes are a mix of Mississippi delta, Cajun and Zydeco style blues. Several of his originals are toe tapping delta blues. Evangeline Blues and Robert Johnson’s; they’re red hot hints of the ukulele’s origins to Hawaii with Hawaiian styling’s added to these two blues tracks.

My personal favourite has to be “Learned Pigs and Fireproof Women”, which it’s Jazzy riffs and image provoking lyrics. When not playing at Ukulele festivals, he can be found at the blues and folk festivals across Canada. It’s no wonder why he is quoted as “a tireless live performer, ambassador for the ukulele and all around great musician”.