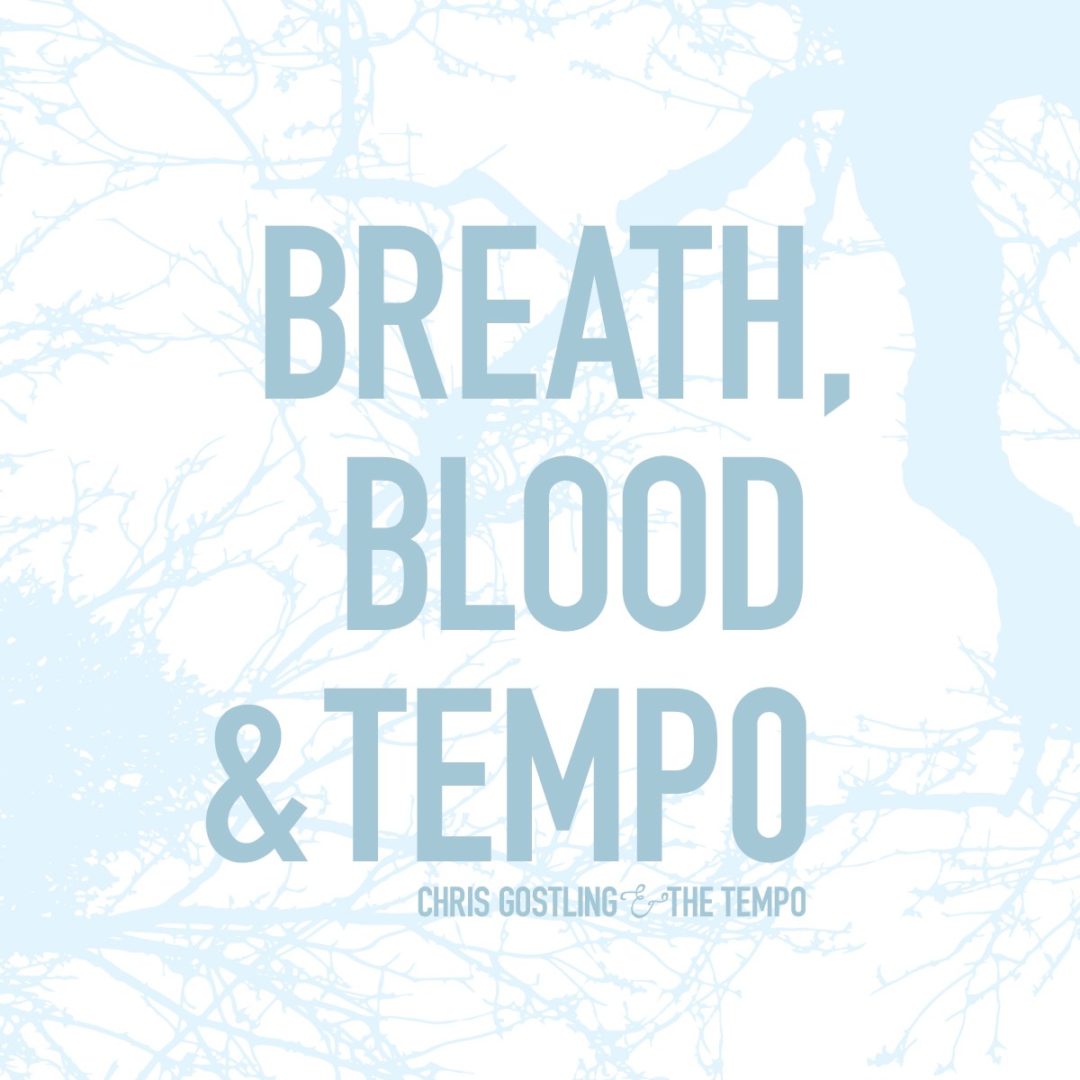 Hailing from Toronto, Ontario, Chris Gostling &-likely one of the coolest titles given to a backing band since The Heartbreakers- The Tempo have released their debut full length release, Breath, Blood & Tempo.

Opening with the slow, sparse, and soft “Scattering Of Stars”, the song does not start the album off with a bang.  While “Scattering Of Stars” is a very good song, one which serves as a clear demonstration of Gostling’s song writing abilities and sets the tone for Breath, Blood & Tempo, I feel the opening track would have been better suited for the second track, “The Magician”, a track which is far more rhythmic and upbeat, something which seems bigger than “Scattering Of Stars”.  Regardless, both tracks are quite good.  The albums lead single, “The Boat”, stands out for its simplicity which gradually grows to fill in the entire performance force of the full band and seamlessly drifts between singer-songwriter territory to a more rootsy and country flavour.  Perhaps my favorite track on the record is “Say Goodnight”, a track which embraces a jazzy flare through what sounds to be tastefully improvised guitar noodling over a refreshing 6/8 pulse.  The song removes Gostling & The Tempo of their safety net which they often keep close to deliver a track that is highly adventurous and unique.

Breath, Blood & Tempo features a very unique blend of sonic textures.  Gostling himself plays guitar- mostly all of which acoustic, occasionally using a soft electric as heard on “Fix It If You Like”- and has a soft voice which has a welcomed rasp when he truly stretches to the top of his range, giving him a sense of character, making his lyrical narratives that much more believable and emotional.  The Tempo consists of bassist Adam McNeill, drummer Justin Cathcart, and violinist Andrew Procter.  As a band, they add a finishing touch to Gostling’s singer-songwriter inspired tone by filling out the space with a full band.  Procter’s violin is especially the most welcome as it often plays these great little melodies, or accents the chords in ways that many bands of this style lack.

All in all, Chris Gostling & The Tempo have delivered a strong, but safe, debut full length album with Breath, Blood & Tempo.  Of the thirteen tracks, not a single one is weak; however, there is little variance among them, which at times makes the album feel longer than it is.  Songs like the previously discussed “Say Goodnight” and “Fix It If You Like It”, along with “Slow Divide”, “The Pain” standout not only for their excellence, but also for their ability to break the expectations you start to feel while listening to the album.  While safe at times, Breath, Blood & Tempo will still give Chris Gostling & The Tempo a big 2017.