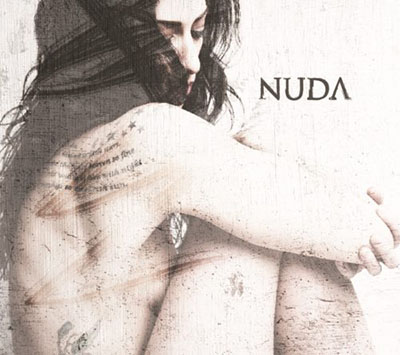 Every once in a while along comes an album that grabs you by your soul. It penetrates you and makes you want even more. Andrea Ramolo’s new album, NUDA, is such. It’s a rare occasion that happens when the raw emotion is stripped to the core essence of being. Andrea strips away everything and bears her soul about her travels, loves, losses and vulnerabilities.

The first single, You’re Everywhere, sets the tone for the album “you’re up my sleeve, down my crack”, and “you’re my stroke my heart attack”. According to Andrea it was written at her kitchen table in near darkness by a single lamp. “The song is about that state of soul possession that happens when you want to purge yourself of the past – the sex, the joy, the broken promises and empty dreams – but it has a hold on you and the only way out is to face your demons and let them destroy you over and over again until one day, out of the ashes, you’re reborn, only different” she says.

This album is a sonic wonder which leaves one wanting to listen to it over and over. With each listen rich textures layered upon each other provide new sounds with every listen. Produced by Michael Timmins and having a stellar cast which includes Josh Finlayson (bass), Ray Farrugia (drums), Jason Sniderman (keys), Aaron Goldstein (pedal steel), Faye Blais (vocals), along with Andy Maize and Matt Epp, who sing on duets.

Andrea has two previous solo albums, 2008s Thank You For The Ride and 2011s The Shadows and the Cracks. She has also been half of the duo of Scarlett Jane which has produced 2 albums, 2012’s Stranger and 2015’s Scarlett Jane, and has toured over the last 5 years.

Run out by buy this album and hold it close to your heart. It will not let you down when those dark clouds approach.