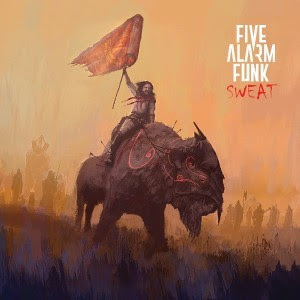 Vancouver’s own Five Alarm Funk are gearing up to release their sixth full length studio album in Canada and the US on March 3rd. The album, which features 12 new tracks, will be available for pre-order on Friday, January 27 with the bands banging new track DDPP (Dance Dance Party Party) as an instant download.

We can’t wait to get our hands on the album – as the group thrives off of transcending an array of genres like Afro-funk, gypsy rock, ska, punk and more.

There’s no doubt 2017 will be a busy one for the band – so keep your eyes peeled for tour dates this year!