Five Questions With The Discarded 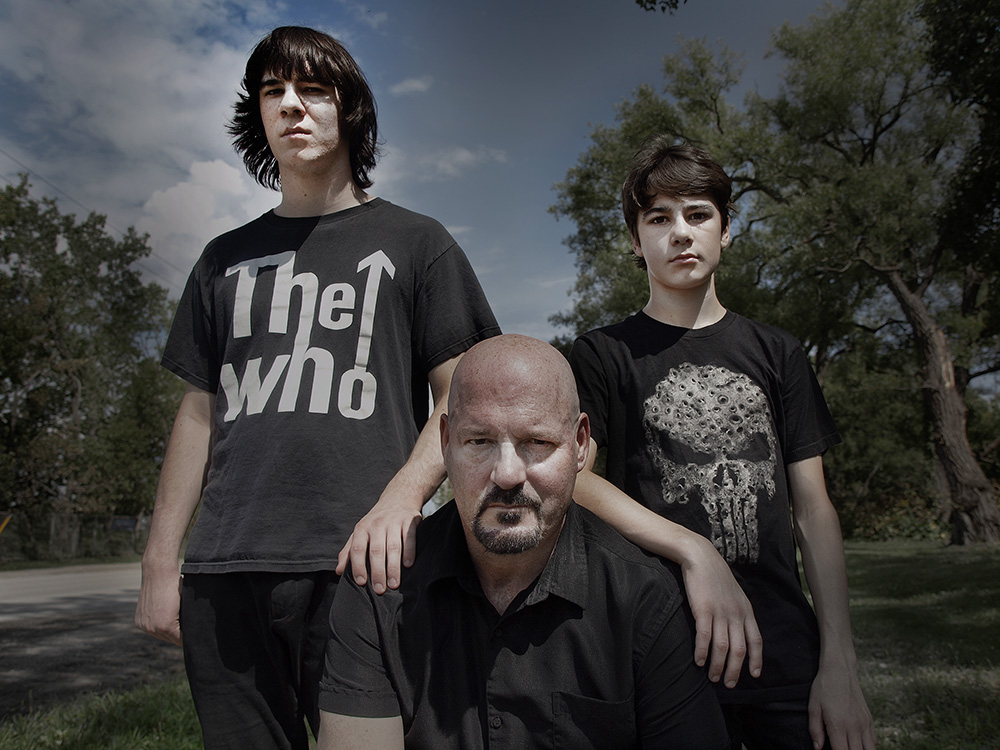 Toronto based band, The Discarded is a garage-rock/ punk-rock band made up of J.P Wasson, Jared Dean & Caden Jax. The band will be independently releasing a self-titled album on February 17, 2017 so it seemed only fitting to conduct a Five Questions With segment with these three.

Hello- we’re The Discarded from Orangeville Ontario.  We are a three piece garage punk band consisting of J.P. on guitar and vocals, Jared Dean on bass and Caden Jax on drums.  We all share the same last name as two of us are brothers- Jared and Caden and J.P. is our dad.  We came together as a band last February and we recorded our debut self titled album this past August at Ian Blurton’s Pro Gold Studio.

We are a raw Ramones garage punk sounding band.  JP writes the lyrics and the basic structures of the songs but lately we’ve all been involved in putting the final structure and parts together.  JP comes with the idea and we work it out in a rehearsal.  We are fairly disciplined at getting a new one down and perfecting it.  Sometime after that I’ll go away and develop a more intricate bass line (Jared).  Caden and JP work together to develop drum parts.  JP being the vocalist writes the vocal melody.  Our lyrics lately have been more towards commenting on the inequalities in society.

Yes- we have our Album release at Duggan’s Brewery (Basement) Saturday, February 25, 8 to 11 pm with special guest Locomotive 8.  Since I just turned 18 and Caden 14, we are having a wrist band policy so those under 19 (our friends) can come to the show and eight to eleven show time, so dad’s friends can stay up long enough-ha!

“Could that be you” because it is a power pop punk tune with a lot of raw energy.  It’s a good indication of our sound.

We enjoy a range of Canadian bands new and old-The Towers, Sloan, The Sadies, Public Animal, Dearly Beloved, Punching Nuns… we could go on  but we’d start naming lame boy bands to be smart asses about it all.