Jonathan Roy has released his debut album, Mr. Optimist Blues. The 9-track album which includes an alternate version of the single, “Daniella Denmark” is nothing short of a dream come true for the young artist. Despite being brought up in a world of athletic royalty, and once an aspiring hockey star himself, Roy knew exactly what he wanted to do, and that was music. From the outside looking in Roy’s career seems almost instant, but Roy has been working on following his musical dreams since telling his father at the age of 18 that music was something he knew he had to pursue.

For years Roy has worked on his talents, and honed his craft. After a chance introduction to Canadian artist/songwriter/producer Corey Hart, Roy found himself being mentored by one of the music industry’s biggest names. From working in musicals, and performing small gigs it was a meeting at Warner Music that has changed Roy’s life and allowed the world to be introduced to his talents.

With album showcases in Toronto, Quebec City, and Montreal, Roy is delivering the entire album to his fans one show at a time. Roy played L’Astral theatre in Montreal to a packed and very excited audience on January 20, marking the release of Mr. Optimist Blues. Performing the album in full, and even including some fun covers, Roy showed off his vocal skills, and charismatic stage presence.

Roy kicked off the show with “Beautiful Day.” Written by Roy, Matthew Marston, and Christopher Anderson, “Beautiful Day” is upbeat and introduces you into Roy’s unique blend of genres and influences.

“New Shoes” was a hit taken from Scottish singer Paolo Nutini’s debut album, These Streets. Roy connects with the song, and allows his soulful vocals to soar when he performs this song. Trying to fill his “New Shoes,” Roy makes the song his own both on stage and on the album.

The album’s title track “Mr. Optimist Blues” was penned by Hart himself. One of the many showcases of Hart’s talents on the album, Roy has fun on stage and transcends as he delivers this tune with his sultry vocals.

Performing Prince’s number one hit “Cream” and the classic Bill Withers track “Ain’t No Sunshine” allowed Roy to share some of his influences and favorites on stage. Watching Roy perform you can tell he is at home on stage. Roy loves to interact with the audience, and uses every square inch of the stage to perform.

Mr. Optimist Blues is an excellent debut. It is the perfect blend of musical elements, and Roy’s natural vocals. Featuring the songwriting, production, and musical talents of Hart, the pairing of these two artists’ works in harmony as each track is well polished and well produced. Opening the album with the single “Daniella Denmark” you’re instantly hooked and transcended into the musical world of Jonathan Roy. Mr. Optimist Blues is available at most major music retailers both online and in store. With 2017 just beginning,Mr. Optimist Blues is definitely going to be one of my favorite albums this year. Roy is planning on bringing his music all over Canada to support his debut. 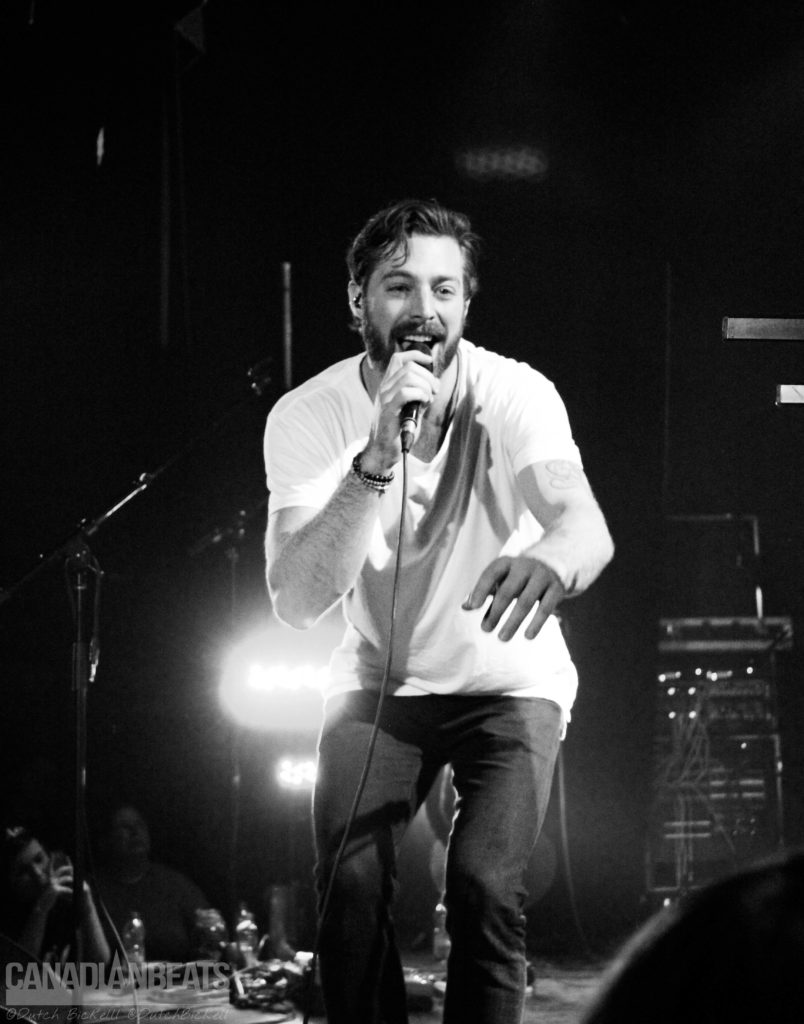 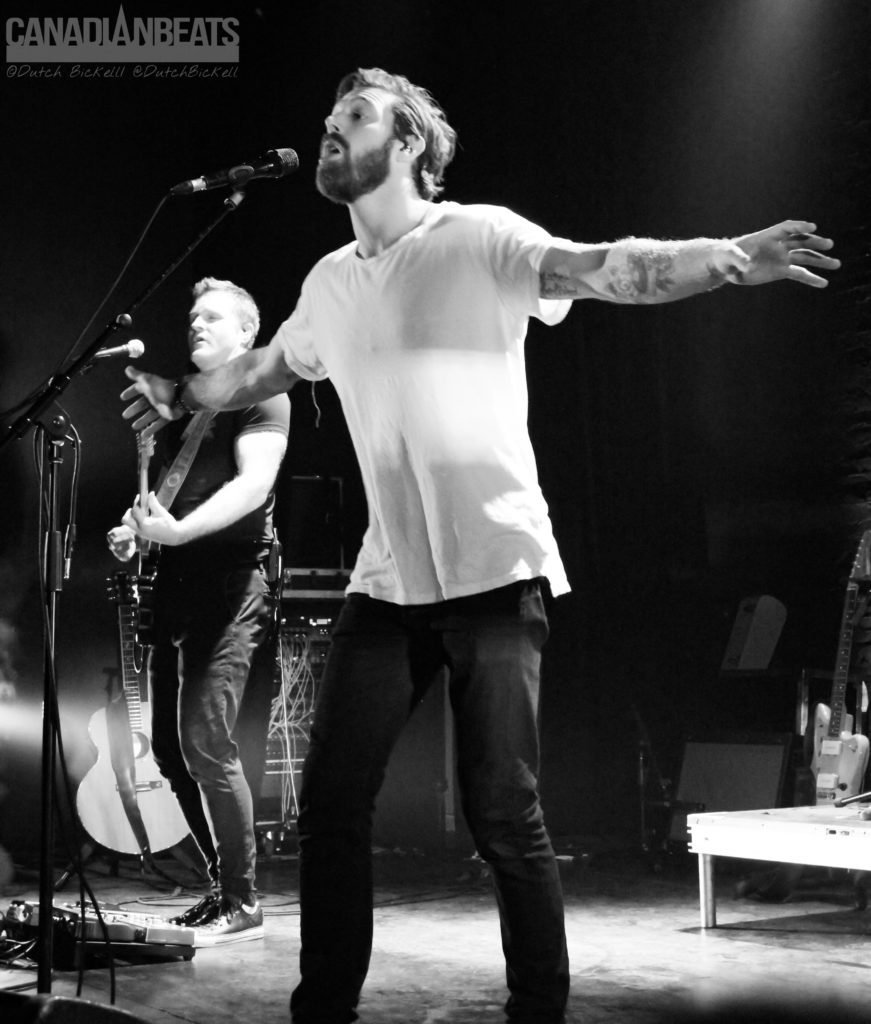 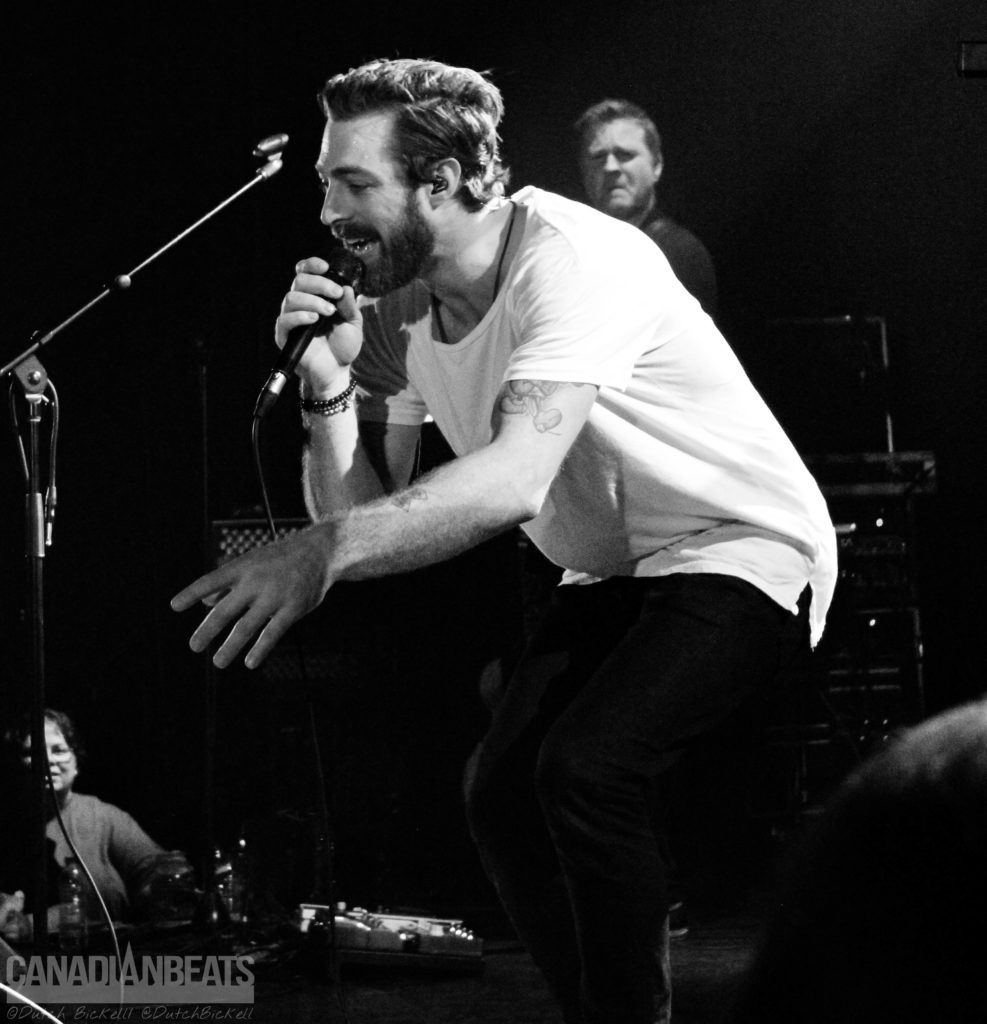 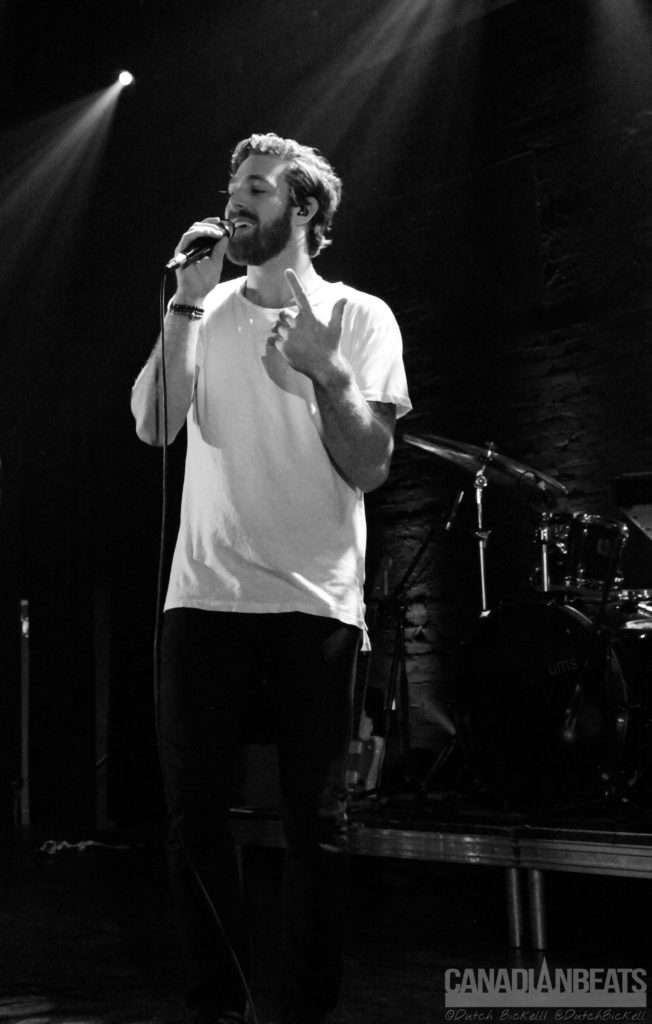