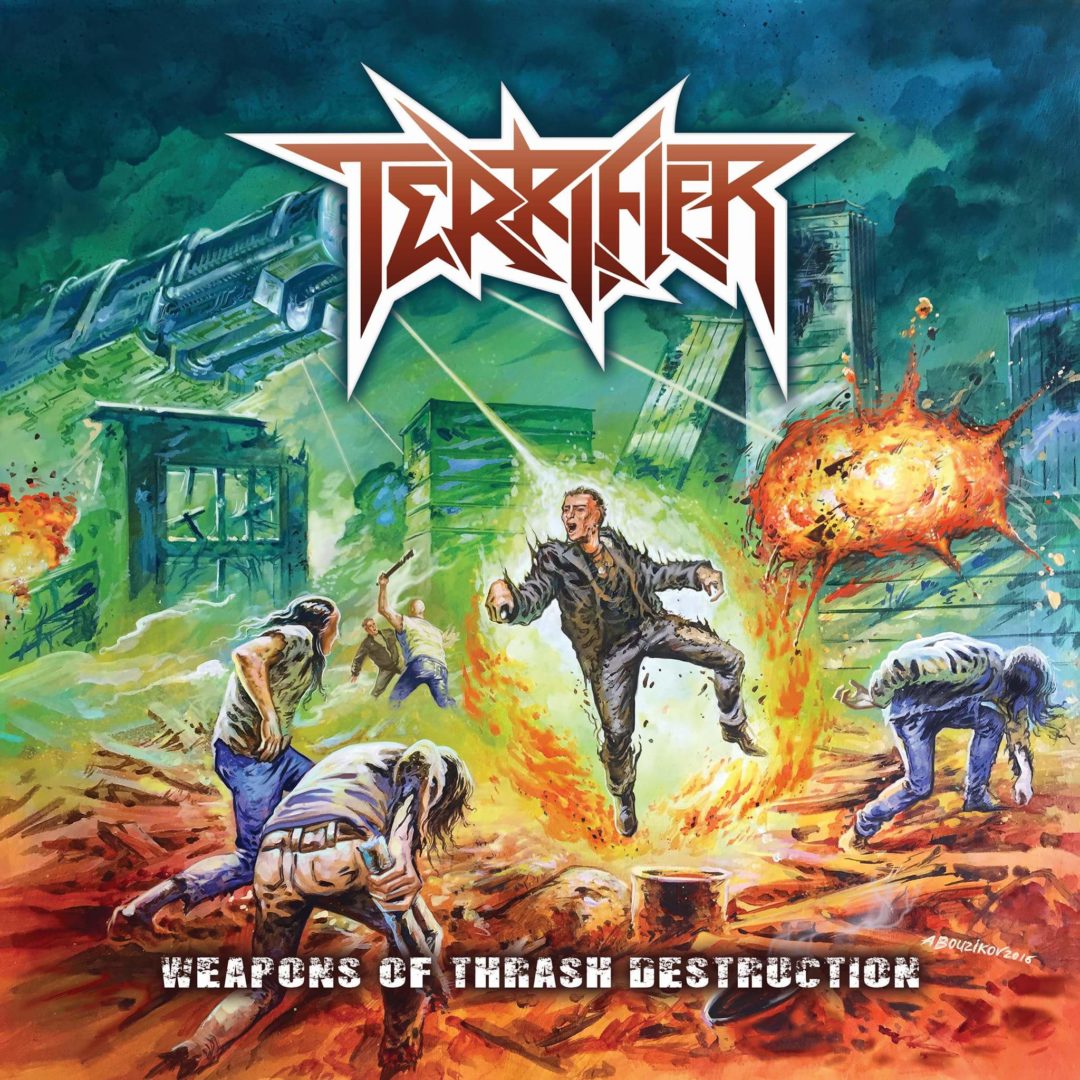 Vancouver thrash acolytes, Terrifier are poised to strike with a new album entitled Weapons of Thrash Destruction and it’s certainly sounding like its defcon 1. Bestial, unbridled and unrelenting in all its thrashing glory, the old gods may have met their match.

From the first track, adrenaline floods the listeners system making it nearly second nature to move violently about the room. Brain damaging bass lines, machine like drums, and guitar riffs suited to nuclear demolition form an unshakeable foundation crowned by vocals fit for the damned. These elements make for an unstoppable and all consuming record that can’t be played any other way but LOUD!!!

The world is in dire need of new and excellent thrash, and Terrifier are the squad to deliver.