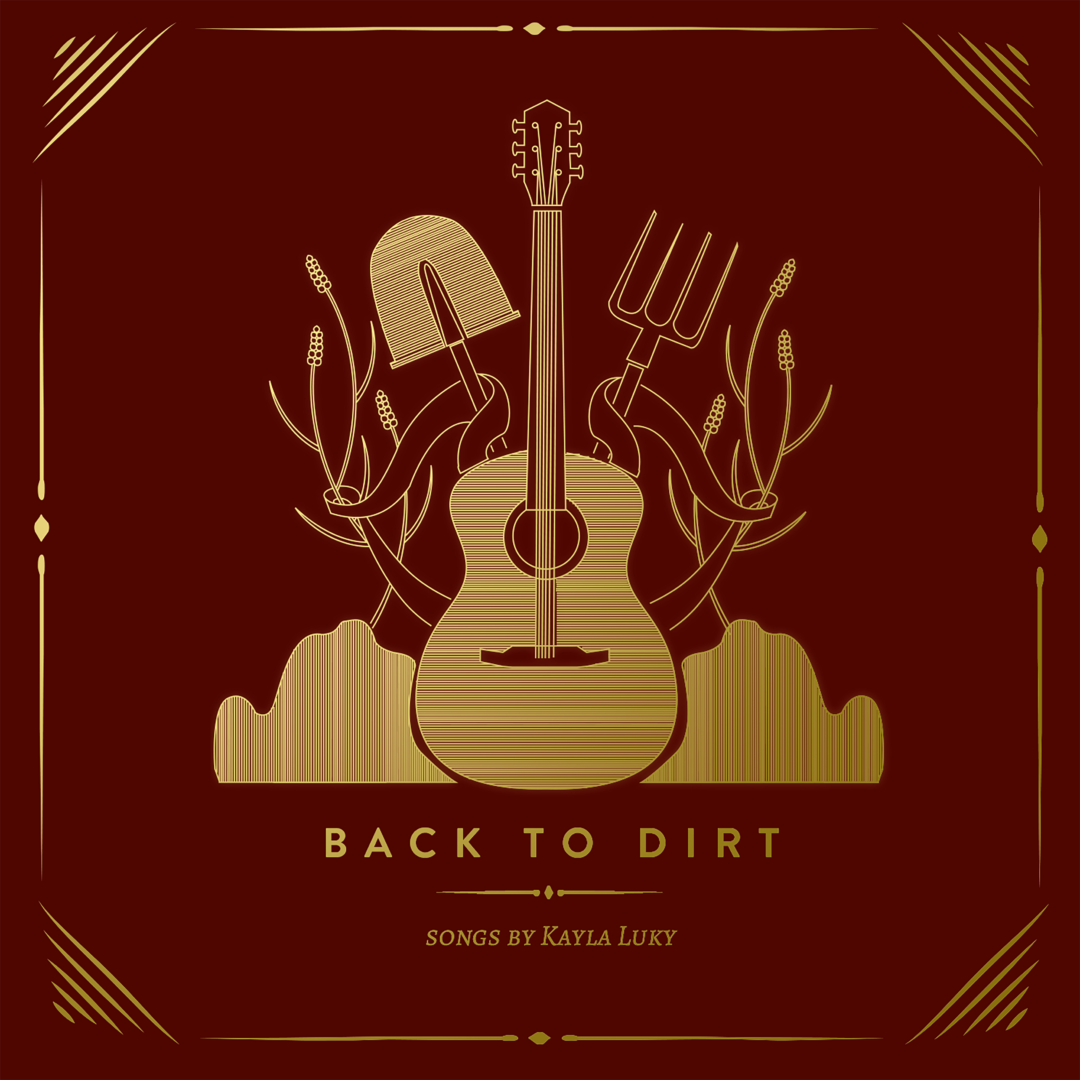 Manitoba country artist, Kayla Luky has released a twelve track album, Back to Dirt. This is her third album, and she’s no stranger to the scene, being awarded the 2016 MCMA Emerging Artist Award. She has toured all over Manitoba, as well as Western and Eastern Canada, including many festivals.

On Back to Dirt, Kayla worked with award winning producer, Murray Pulver (Doc Walker, Bros Landreth) and I would say that the end result is a success. As soon as the first track begins, “Bottom of a Bottle” you can see that Kayla is great at what she does. This fact becomes more and more apparent as the album plays on.

The album is pure country gold. I can’t even begin to choose one favourite, so I figure I might as well touch on a few of the tracks that stood out to me. “Bottom of a Bottle” starts the journey, and it’s a song with a beat that will have your toes tapping and you’ll have trouble not singing along to lyrics like “On this road I’m going on won’t lead me back to love/ It takes me to the bottom of a bottle”.

“The Best Things in Life” is another that immediately caught my attention. It’s a slower track that really showcases Kayla’s songwriting abilities. A song that tells a story is something that I am always attracted to, and this is no different.

Finally, “Living with Your Ghost” which is in loving memory of a very dear friend of Kayla,  Zachary Konowalchuk. This song gives me chills, just the intensity behind Kayla’s vocals are enough to give me goosebumps, and when you listen closely, the lyrics will surely strike an emotional place within. When asked about Zach, and this particular song, Kayla replied:

“Zach – a very healthy and health conscious person – died at the age of 24 of a sudden heart attack while running on the beaches of his hometown. I wrote “Living With Your Ghost” after coming home from a tour and feeling like his presence was still with me in my home, where I associate many good memories about him.”

The album obviously holds a lot of emotion and meaning for Kayla and that is truly evoked through all the songs on the album. I highly recommend you all check out Back To Dirt as soon as you can.