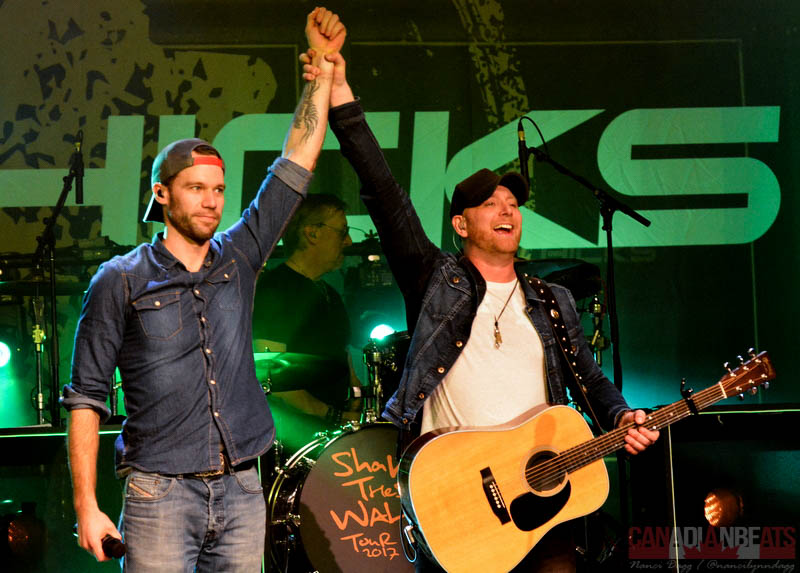 Who parties and rocks out this much on a Monday night in the middle of January? Everyone at Club Regent Event Centre, that’s who! When West meets East in the longitudinal centre of Canada, that’s who! Chad Brownlee’s Hearts on Fire and Tim Hicks’s Shake These Walls tours collided big time in Winnipeg for their last show together. And, if they wanted some lasting memories, they got them!

Brownlee was first on stage and what a way to start. Huge blasts of smoke and lights across the stage helped him make his entrance to a packed house. His set was filled with tunes from his first album all the way to his newest single “What We Shouldn’t Do.” He is a wonderful storyteller as well as an impeccable artist. Brownlee believes in the power of music and with four albums and 17 singles under his belt he will always be a part of it. Those who came to be a part of his music, just for an evening, got their chance as this dynamic artist performed 14 of those songs.

Of course, my favourite Brownlee song “Listen” happens to be a favourite as his as well. He related a story that came from a fan in Winnipeg on how this song saved her marriage. Pretty powerful stuff.  A lot of emotion was shown from this artist tonight as he performed.

A very cool moment – Brownlee introduced his guitar player and our hometown guy Stephen Ardundell and announced that Arundell would start up “Hearts on Fire” with a solo. That brought the house down. It’s always so awesome when one of your own makes it to the national level.

There was a lot of audience participation – from hearing what side of the room was louder as they shouted out “hey now” numerous times during Brownlee’s performance of “Smoke in the Rain” to singing at the top of their lungs to an entire verse of “Love Me or Leave Me.” Brownlee’s final song “Hate You For It” was absolutely incredible. He owned the moment and electrified the room. You can’t ask for more than that! 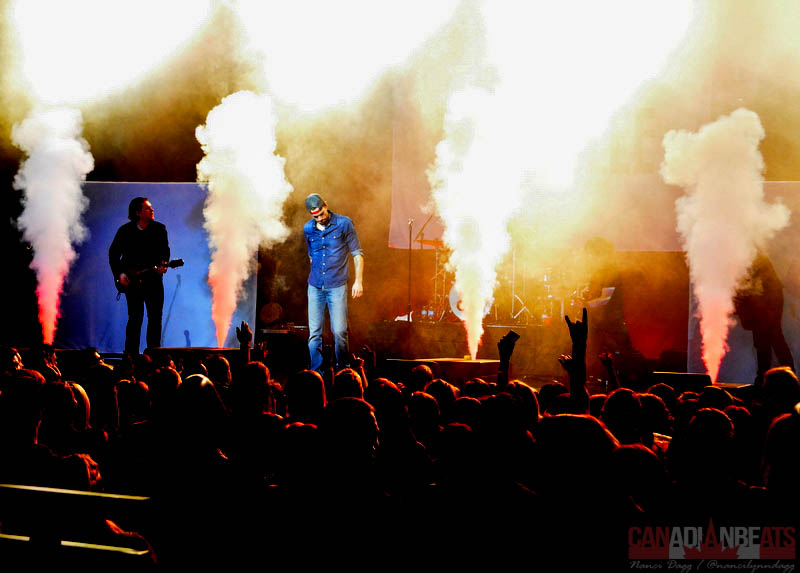 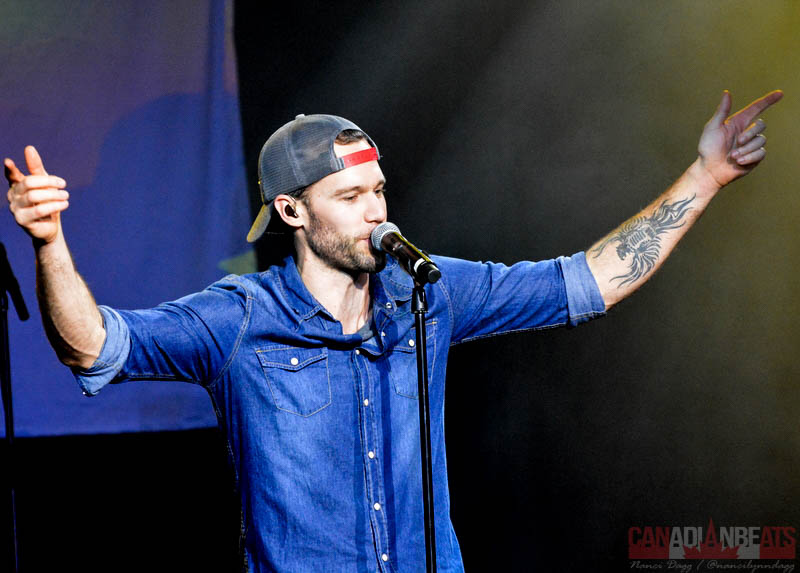 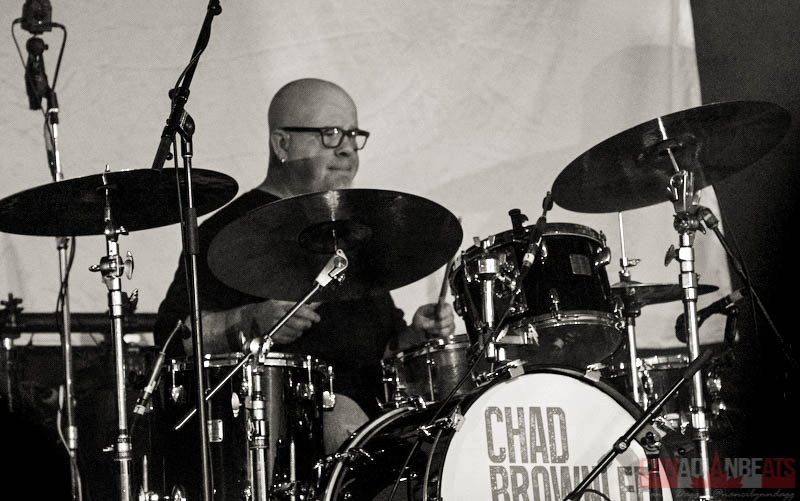 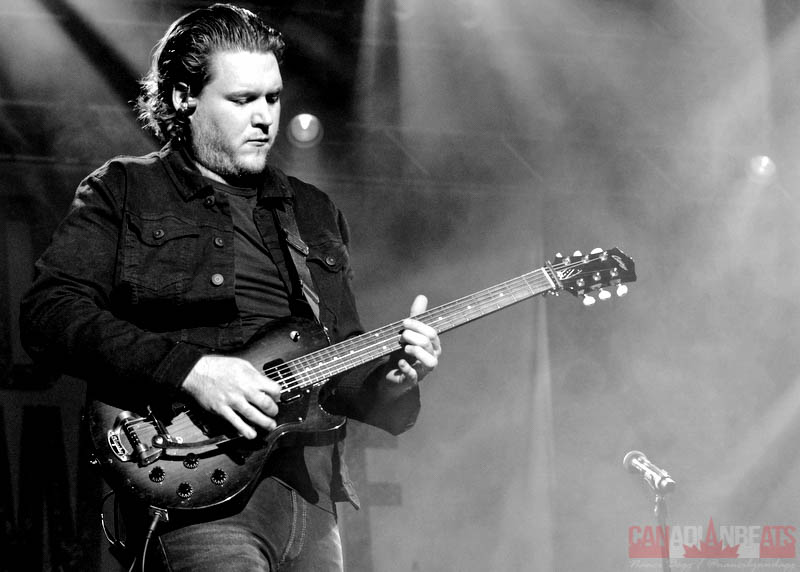 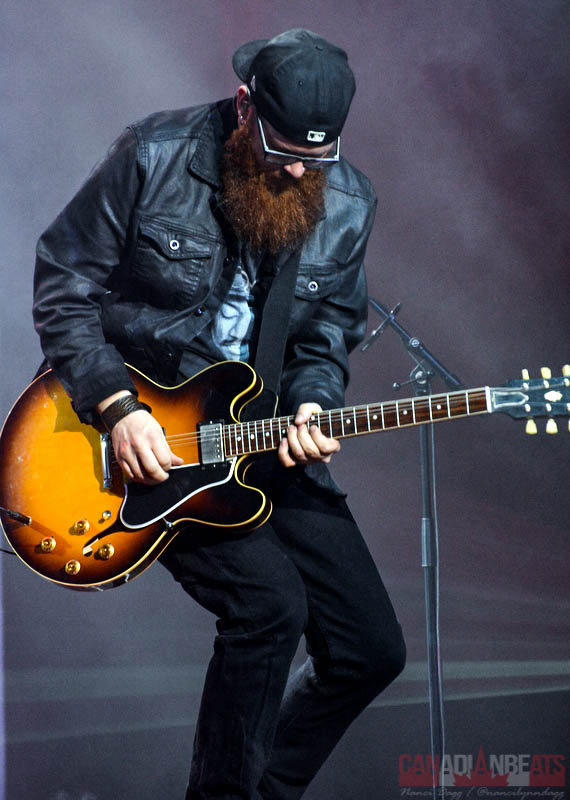 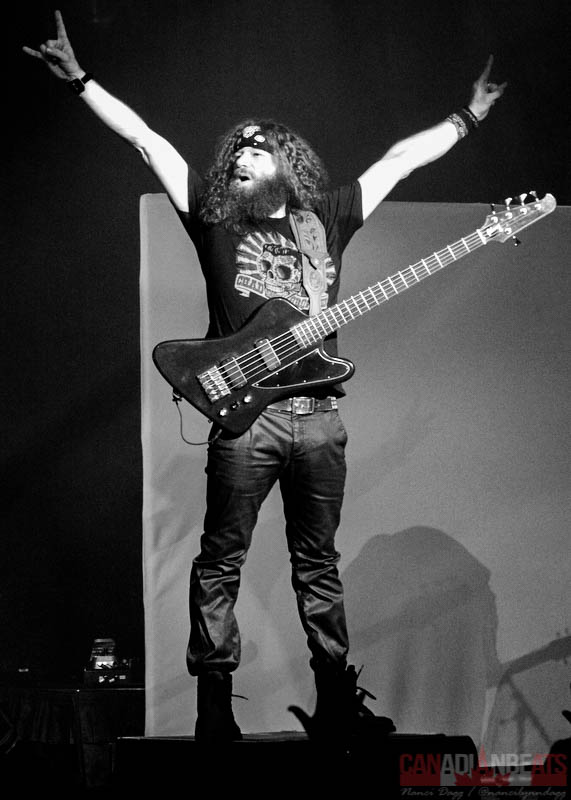 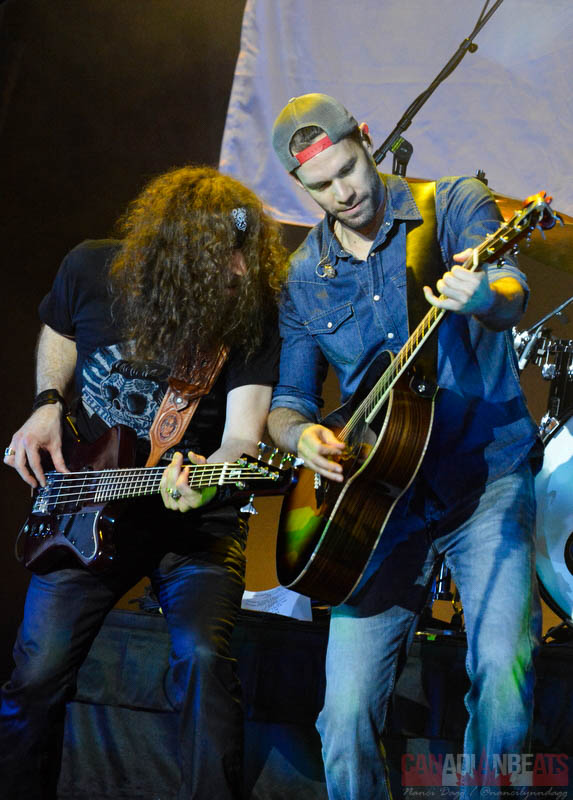 Tim Hicks. The effervescent Tim Hicks. The artist that rocks it hard on stage. If it was Chad Brownlee’s performance getting the audience to a high-energy state, it was Hicks that took them over the edge. He is a true country rock artist. Hicks and his band amplified what it is to have an immense amount of fun on stage. Right from “Shake These Walls” to “Stompin’ Grounds” to the final song of the night “Here Comes the Thunder,” the audience could not get enough. I loved it when Hicks kicked out three very large black and white beach balls into the crowd during “Hell Raisin’ Good Time.” I knew right there and then that this moment was going to essentially be the start of what the rest of the night would be – a good party!

One of my favourite moments of this show was listening to the song “Slide Over,” a song that Hicks wrote for his wife, Amanda. “We live in an age of distraction that takes you away from those you love,” says Hicks and that’s why he wrote this song. It was pure magic.

“Dust and Bone.” This band always does a song for the band to just get down and party on stage for the sheer fun of it. The enthusiasm on stage was overpowering. They constantly ran from one side of the stage to the other for the whole song and Hicks did an amazing solo on the electric guitar. It was so cool to watch.

When the band left the stage after the final song and a different backdrop appeared with the “Stronger Beer” emblem, we knew the show was not over. The crowd went wild when they came back on stage. They could have sung the whole song without Tim. It’s obviously a crowd favourite. Hicks ended the night, and “two tours collide” with his favourite song on his new album. “Forever Rebel.” This song is about all your dreams coming true and there was so much power in Hicks’s voice when he performed this song that you just knew that his dreams are now coming true. 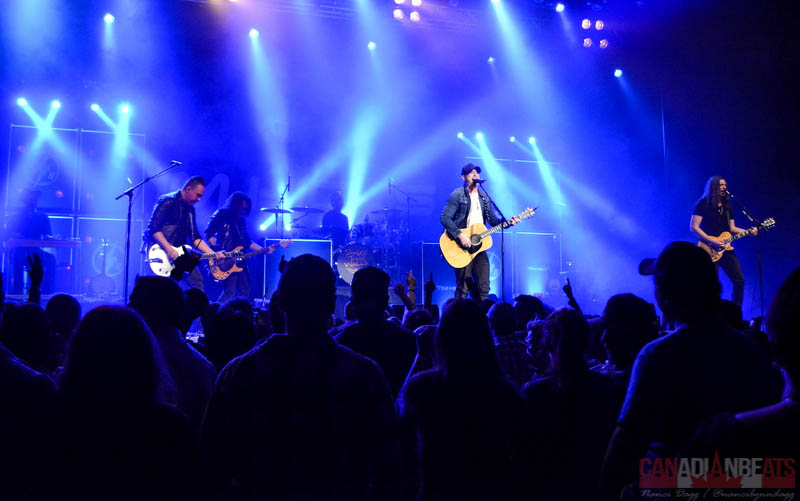 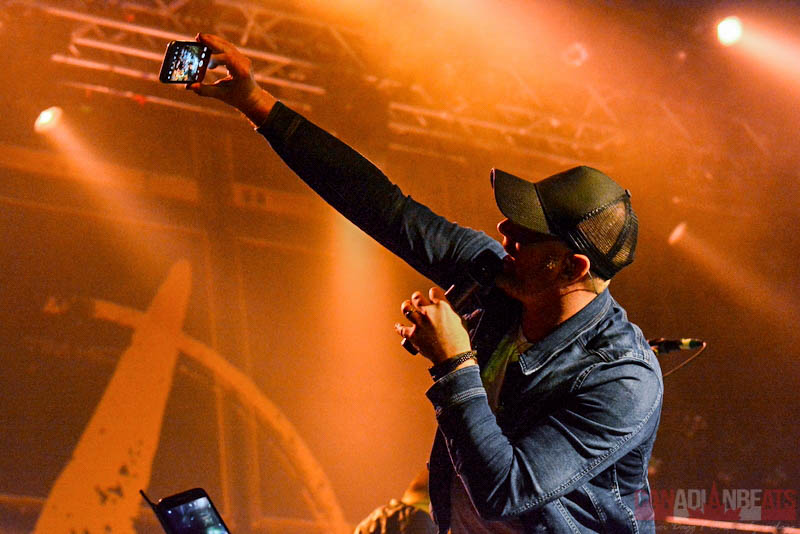 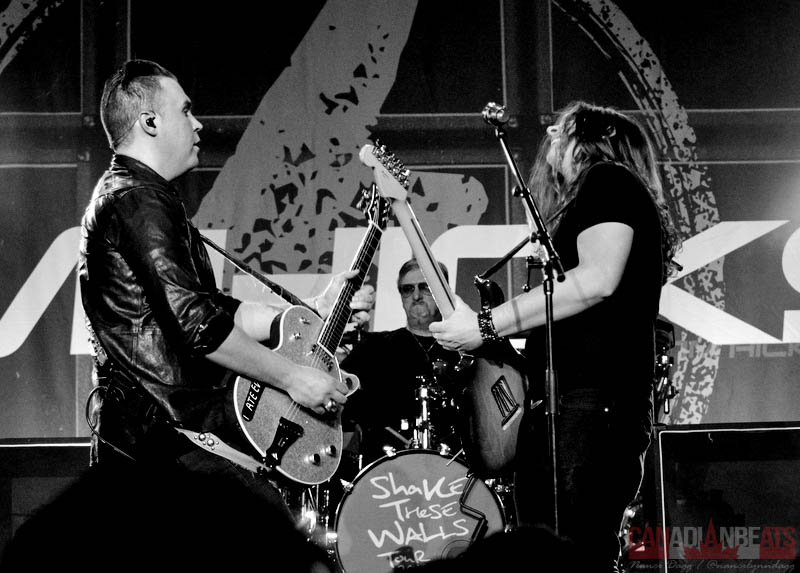 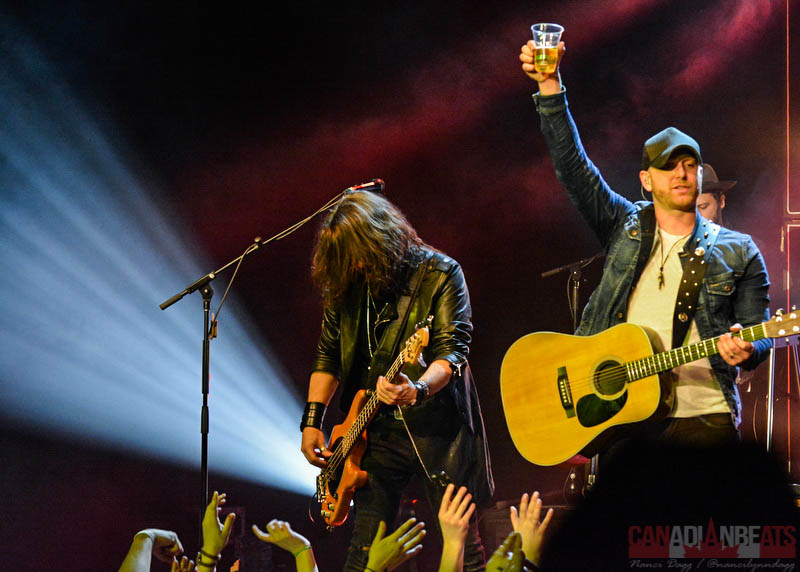 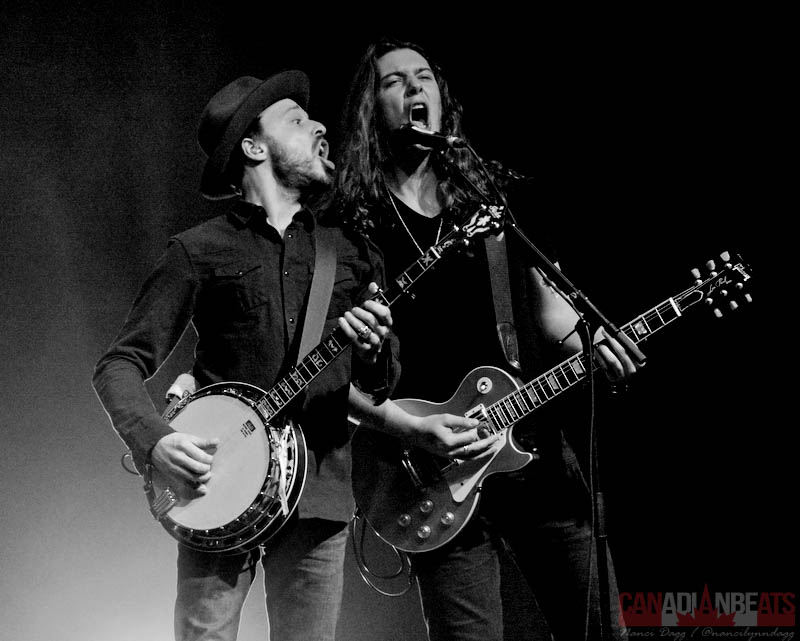 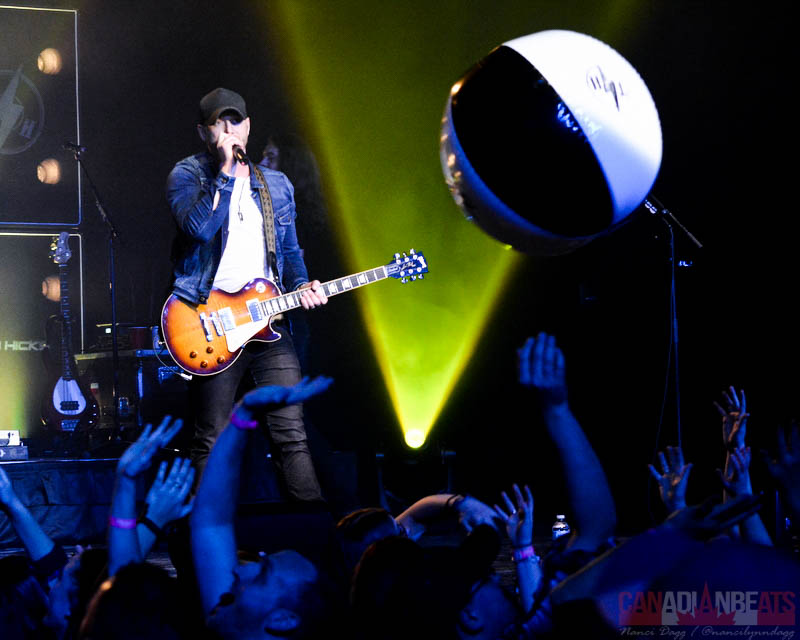 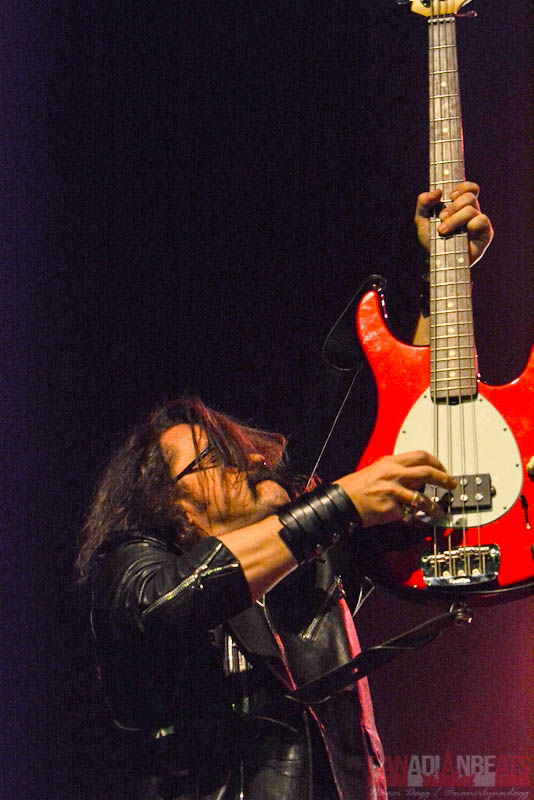 The pinnacle of night! Chad Brownlee appeared on stage part way through Tim Hicks’s set to perform “I’ve Got a Feeling” along with Hicks. But, it was more than that. The competition happened. Each artist took a side of the room to find out who could sing louder. I think Tim had a slight advantage, as it was his song. The whole house was on their feet dancing and shouting. The noise was deafening, in a good way. Brownlee and Hicks also signed merchandise and threw it out to the crowd. To say these two captivated the crowd is an understatement. I believe it was a bittersweet moment as well for them. They truly enjoyed touring together and this was the final time on stage together.

These two artists never fail to impress. They poured their hearts and souls out at their final show together and that’s what country music is all about. Brownlee and Hicks achieved what they set out to do ­– make their fans happy. They were brilliant and captivating and they put together a very engaging live show. This was a show that will not be soon forgotten to all those that attended. 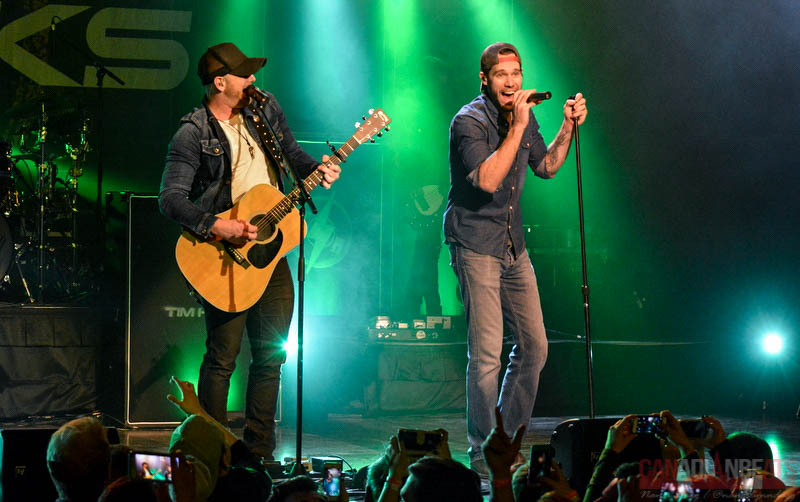 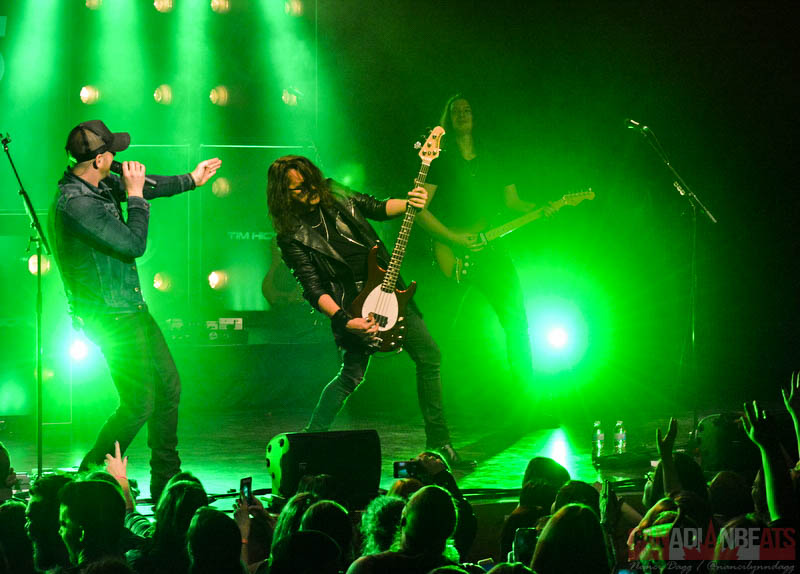 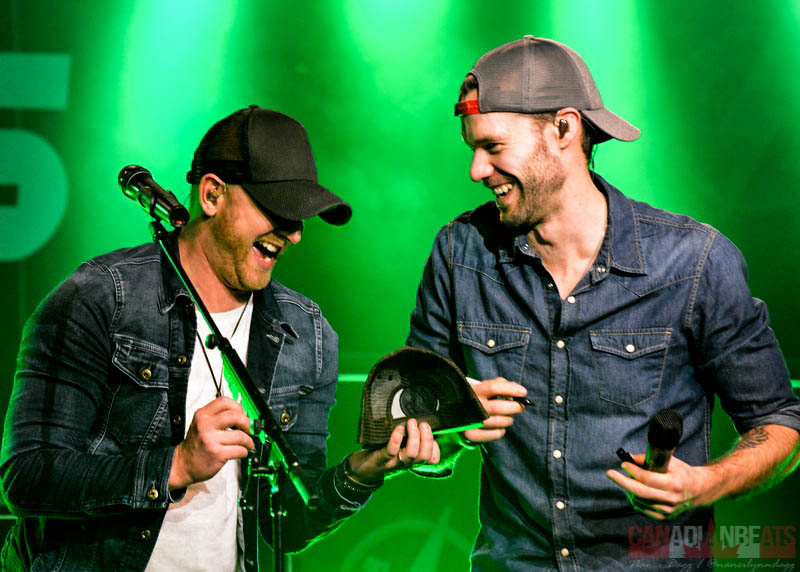 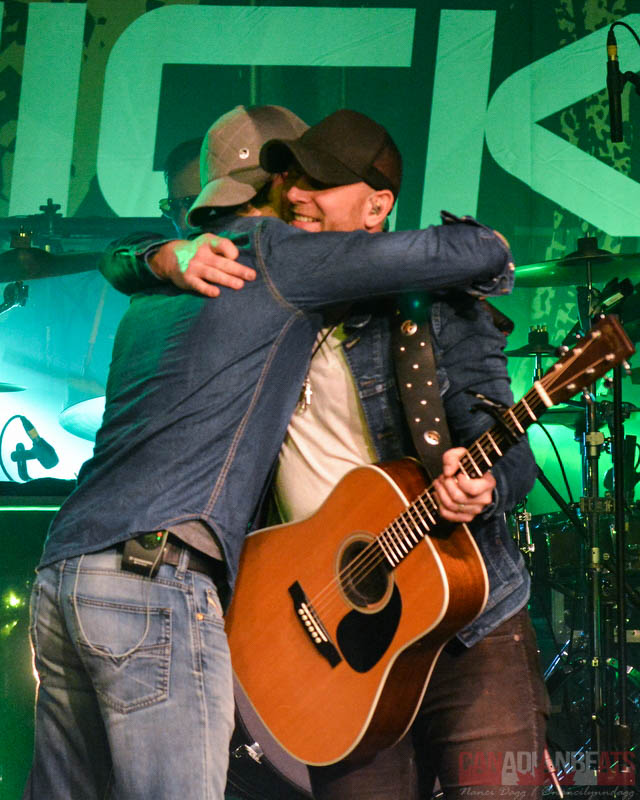 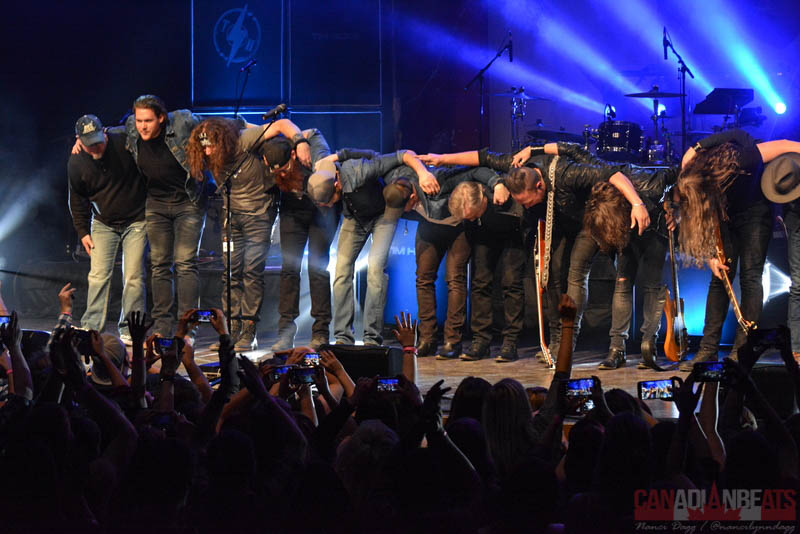