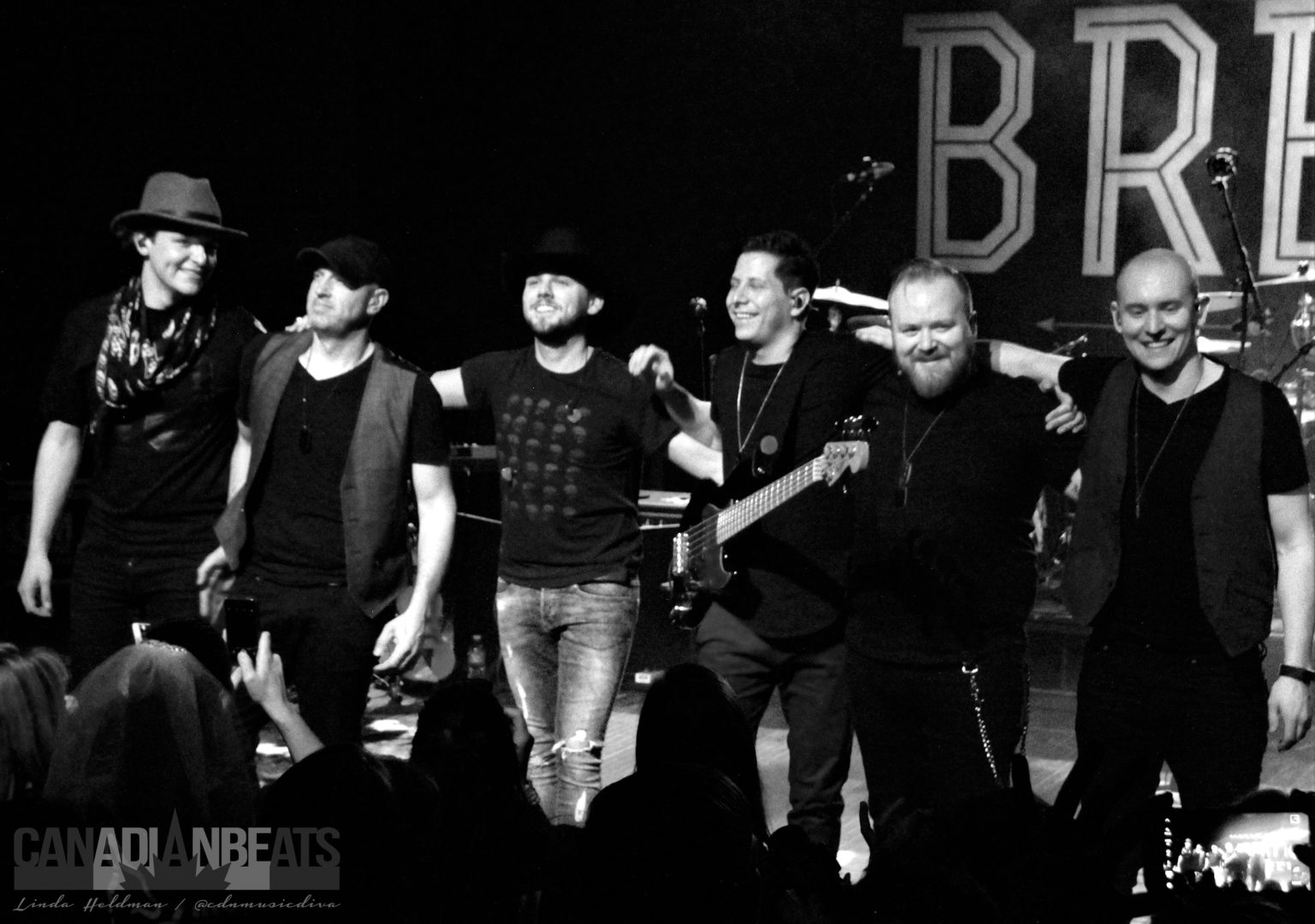 It may have been Friday the 13th when Brett Kissel made his second stop of his Ice, Snow & 30 Below Tour however, the evening was anything but bad luck.

The sold out crowd at Fraser Auditorium at Laurentian University, in Sudbury, were treated to North Bay’s own Cory Marquardt to open the show. Even though it was an acoustic set, he still managed to get the audience going and rocking out on his guitar with an energy that just draws people to him. Following his performance, Marquardt spent time in the lobby meeting and greeting with fans and loving every minute of it. 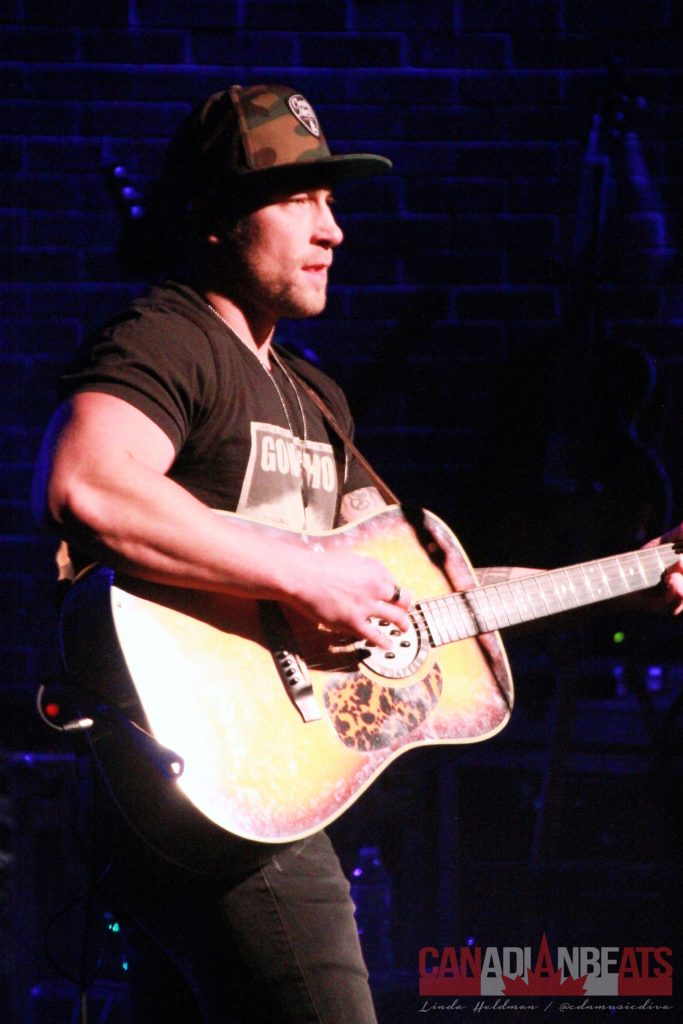 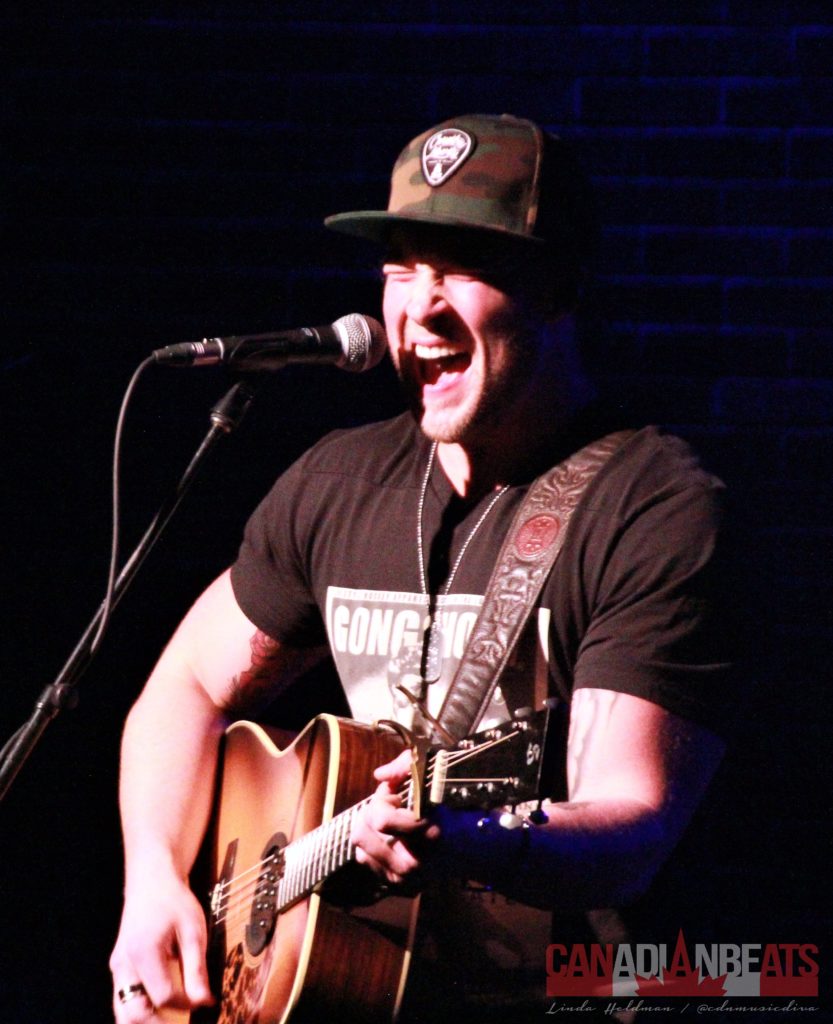 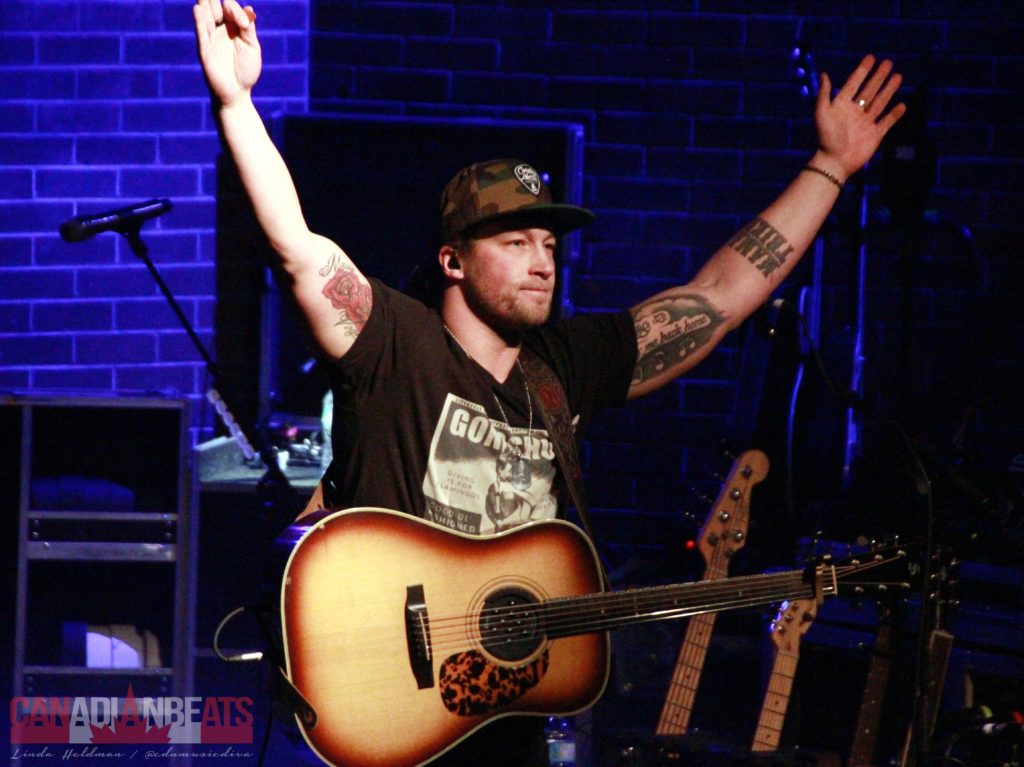 After a brief intermission, it was time for Brett Kissel and his band to hit the stage. They launched with his 2015 hit single, “Airwaves” and the patrons were up on their feet! No matter young or old, most everyone was singing along to every song – “Something You Don’t Forget”, “Cool With That”, “Tough People Do” and his latest single, “She’s Desire” to name a few. 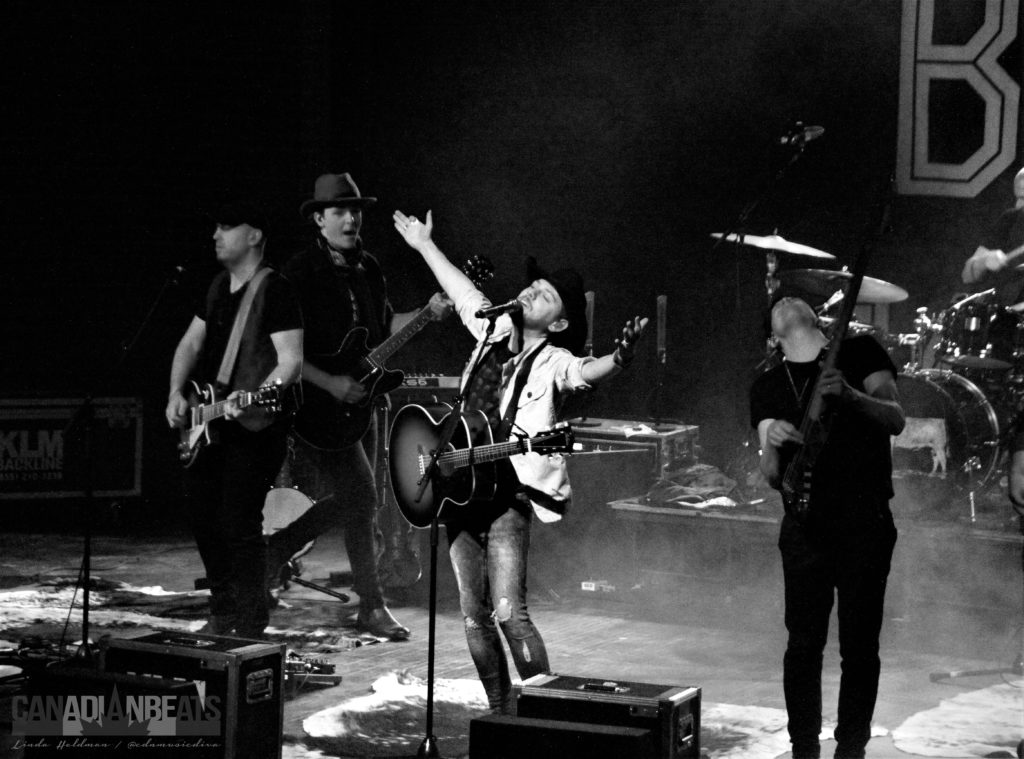 Highlights of the show included Kissel moving through the audience to perch on a platform between the upper and lower sections of the theatre to sing some Johnny Cash and get a little closer to the people at the back.

Our good friends at KICX Country 91.7 captured this and a nice little shout out from Brett for Canadian Beats.

The always moving “I Didn’t Fall In Love With Your Hair” was particularly emotional when Kissel invited a lady named Cassandra, who is battling Cancer, up to the stage. The two met during Manitoulin Country Fest, August 2016. This was a pleasant reunion for the two. Hugs and tears flowed for more than just the two of them. It is such a powerful song. Upon releasing it as a single in September 2016, he announced that proceeds from sales would go to the Canadian Cancer Society. The song has raise over $50,000.00. It is an anthem to those struggle with the disease and the loved ones that support them. 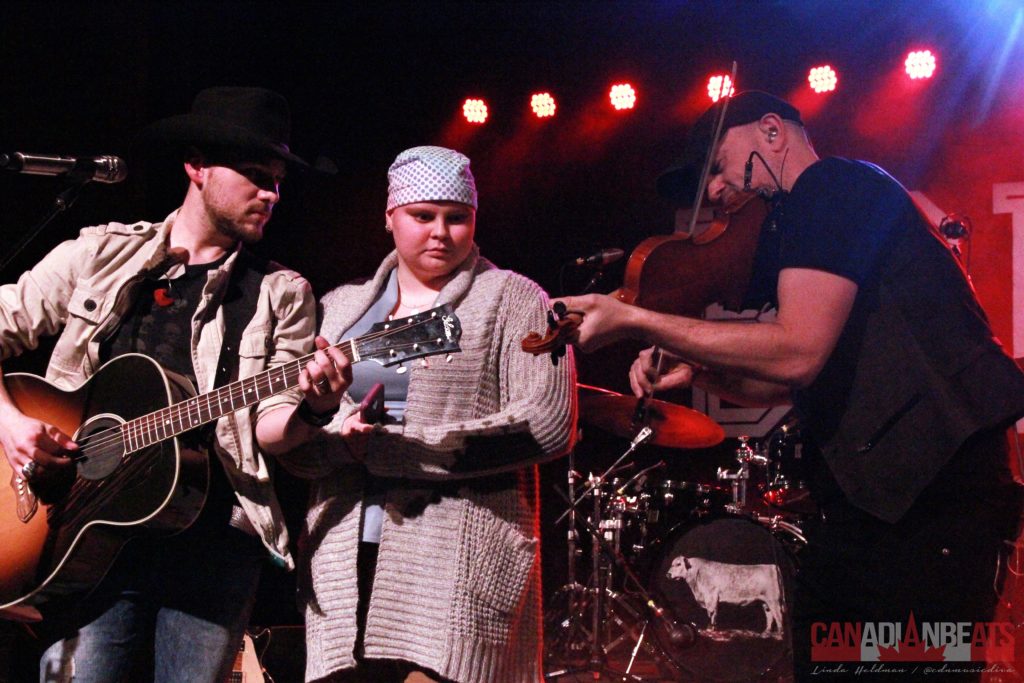 Even as the concert was coming to an end, the atmosphere was electric. Kissel ended the show with that song that started it all for him, “Started With A Song” and came back for a one song encore of “3-2-1”. 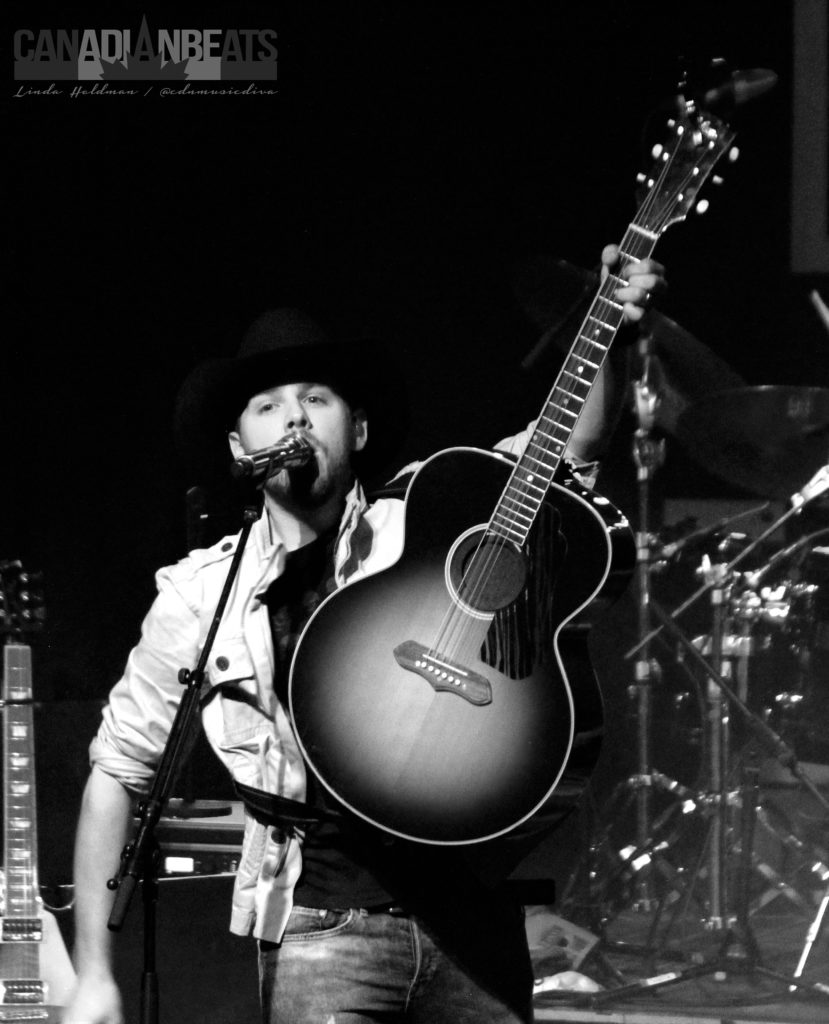 Following the show, Kissel met with fans in the lobby till everyone had their chance to say hello, take a photo, tell a story or get a hug. It was about 1:00 AM when the last person made their way to him. 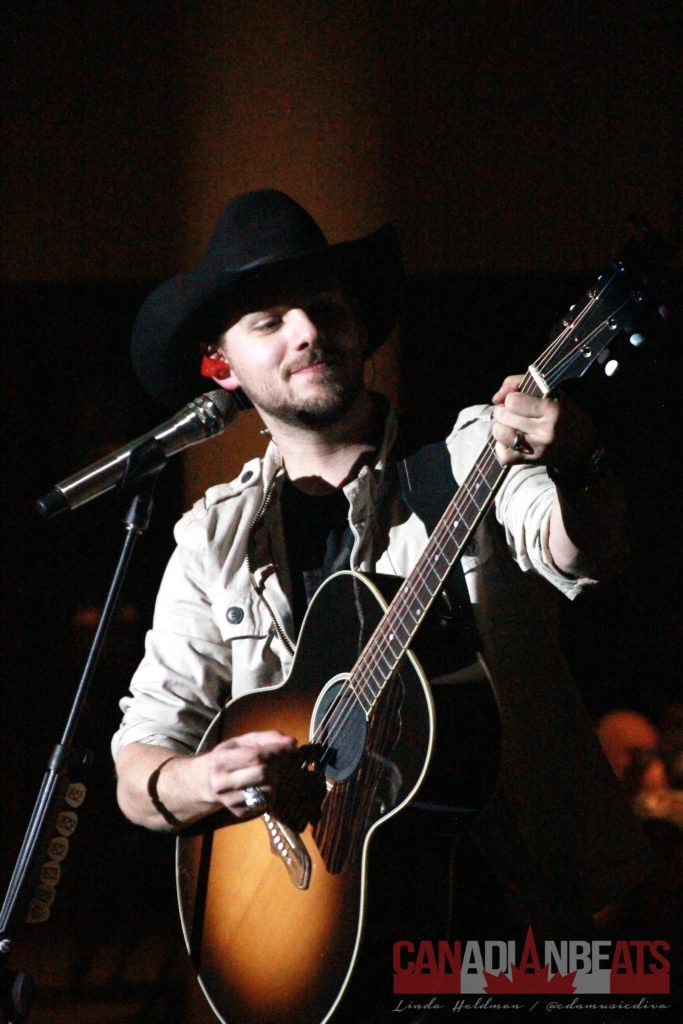 Having known Brett Kissel for about three years now, I have to say, he really is one of the nicest Canadian Country Artists out there. He has a big heart and gives so much of his time and energy to helping people. One comment he made to me was that Canadian Beats was a big part of him winning the 2016 CCMA Fans’ Choice Award. We don’t deny that we played a small part in helping spread the word about the fan voting. It’s no secret many of us on staff truly admire him. It is Brett’s love for what he does and the very special connections he makes with masses of people in person and through his music that garnered him that award. 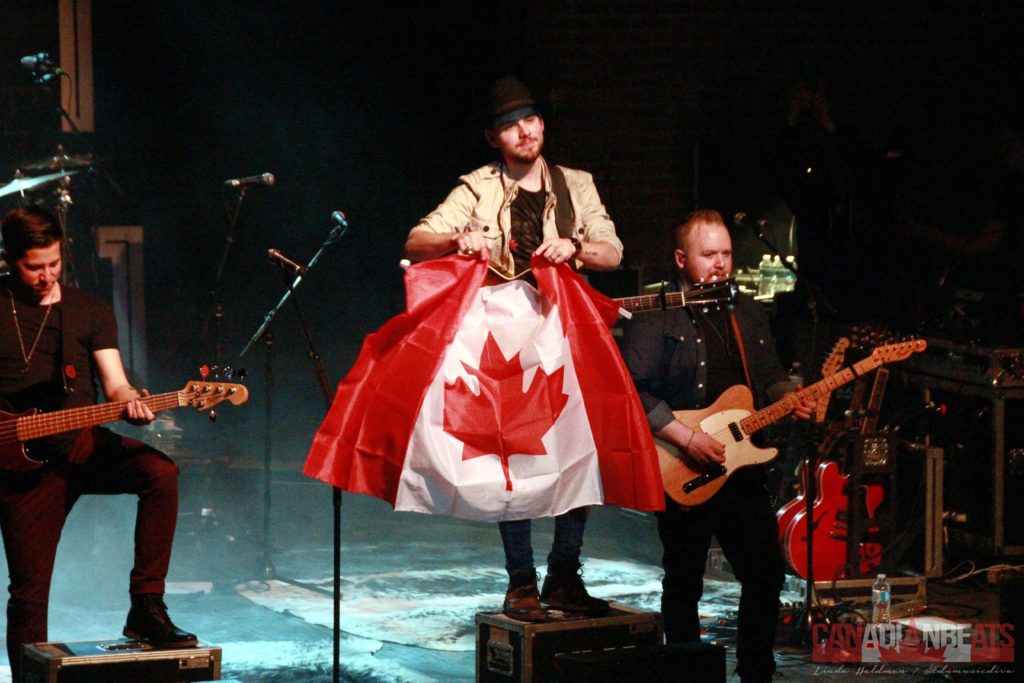 If you have the chance and can somehow find yourself a ticket to the remainder of the sold out shows in Ontario, Quebec and the Maritimes, please see his concert. You won’t be disappointed. 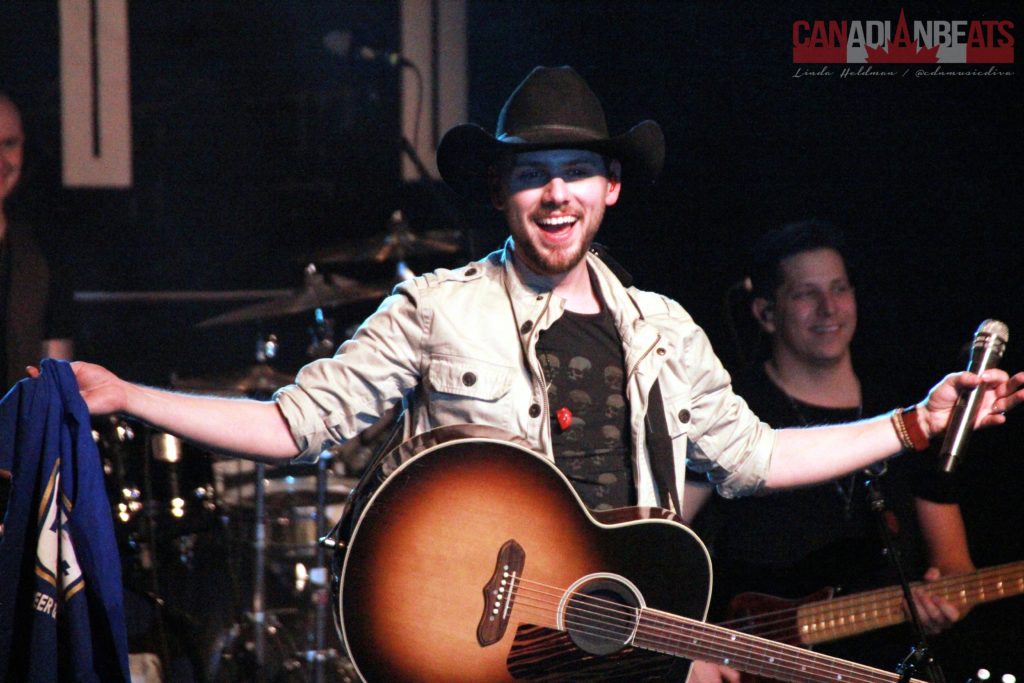 If you would like to receive a special Commemorative Poster from Brett Kissel for the Sudbury show, please go here.