Tim Moxam and Liz Stringer team up for an Eastern Canada tour! 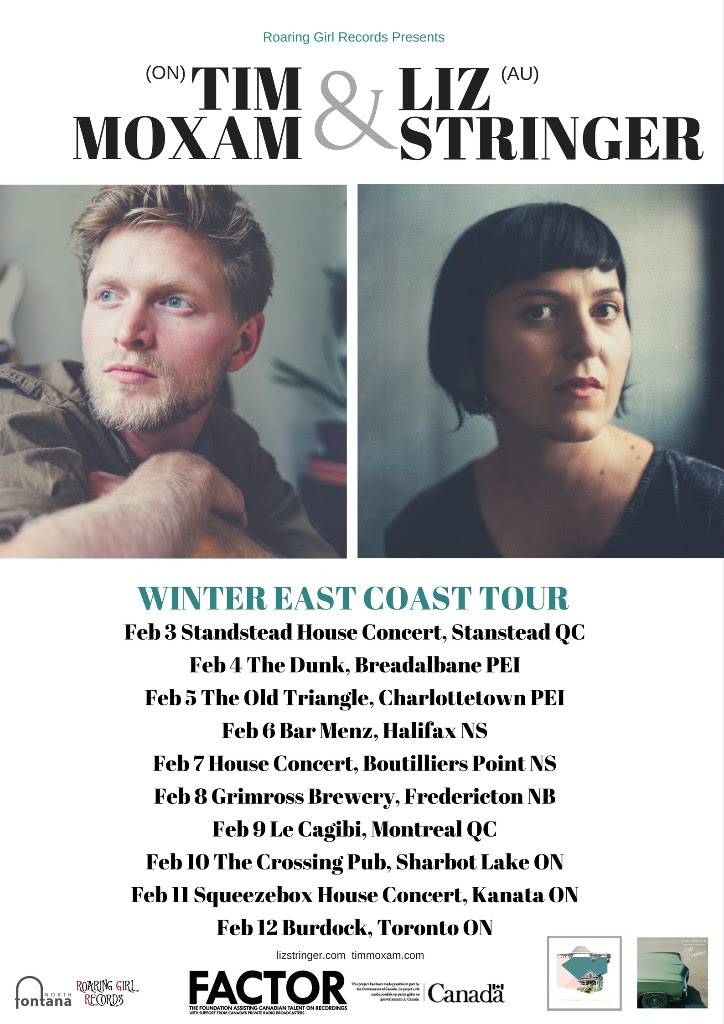 Roaring Girls Records artists Tim Moxam, an alt folk/country artist from Toronto, and Liz Stringer, a roots/folk/pop artist from Melbourne, Australia,  are teaming up for a month long Eastern Canada tour this February. Usually the worst month of the year to be travelling throughout the Maritimes, the two are brave enough to tough it out for the ten show stint in Quebec, Prince Edward Island, Nova Scotia, New Brunswick and Ontario.  Be sure to join them on their tour if they’re stopping near you.