The Brett Kissel caravan rolled into a very cold and snowy Sault Ste. Marie, ON this week, which is very befitting given the name of Kissel’s current Ice, Snow & 30 Below tour.  This was the first stop of 19 that will see him travelling from Ontario to the East Coast, performing a family-friendly, all ages show.  Opening for Kissel on this first stop was local country radio personality, Jeff McNeice (Country 104.3) and the beautiful harmonies from Barrie-based, Kansas Stone. 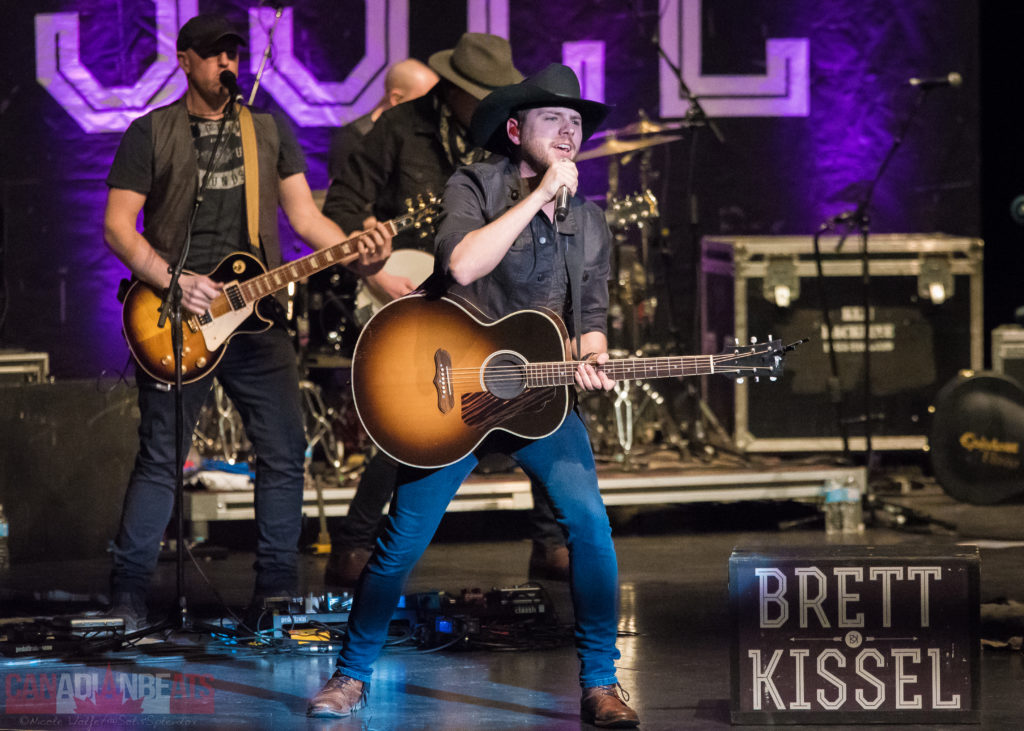 There is no hiding that Canadian Beats is a HUGE fan of Brett and his lovely team, and in return, he supports us and the work that we do.  We definitely take advantage of every opportunity that we can to catch Kissel on stage and this tour is of no exception!  The long drive north, the endless days of snow squall activity and the mile-high snow banks did not deter us from reaching our destination.  Without a doubt, this has been one of my favourite moments since joining the Canadian Beats team a few years ago.  Now that the tour has moved on to other Ontario towns, I am taking the time to reflect on my favourite moments from the show in Sault Ste. Marie.  If you were at the show, give us a shout and let us know your favourite moment from this magical night! 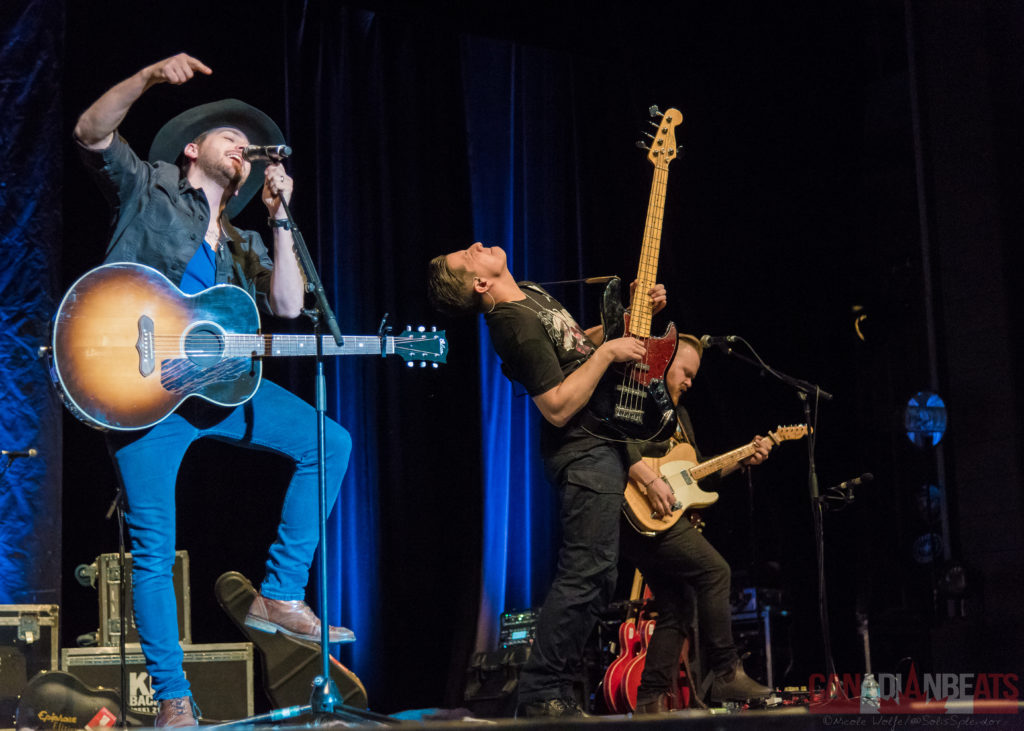 There are so many positive aspects about this entire Ice, Snow & 30 Below tour.  Kissel has brought along with him a very talented and caring team, many of which are family members.  As a musician, when you get to be with your loved ones on the road, it must help to keep your spirits up.  Along for the ride are his wife, Cecelia; daughter, Mila; and mini dachshund, Charlie; among others.  If you follow Kissel on social media you will recognize his adoration and respect for his family.  I am certain this is one of the reasons why he never fails to pack a venue and why he was awarded with the 2016 CCMA Fans Choice Award.  Country music is often at the heart of a Canadian household and Kissel recognizes this and has offered up this tour to the entire family with an all ages show.  It was heartwarming to see so many children at the show singing and dancing along to his songs! 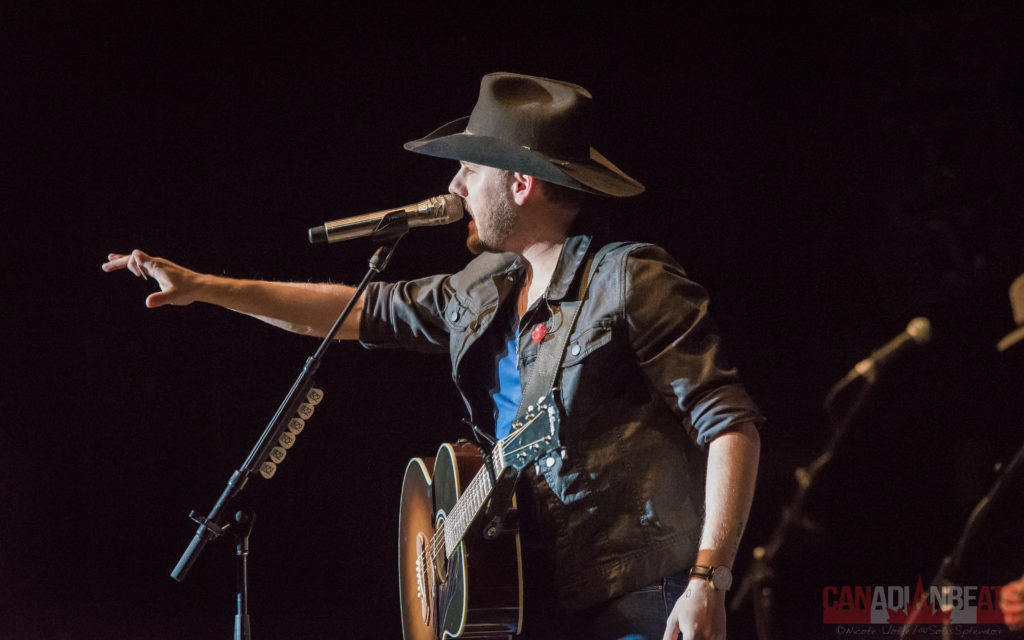 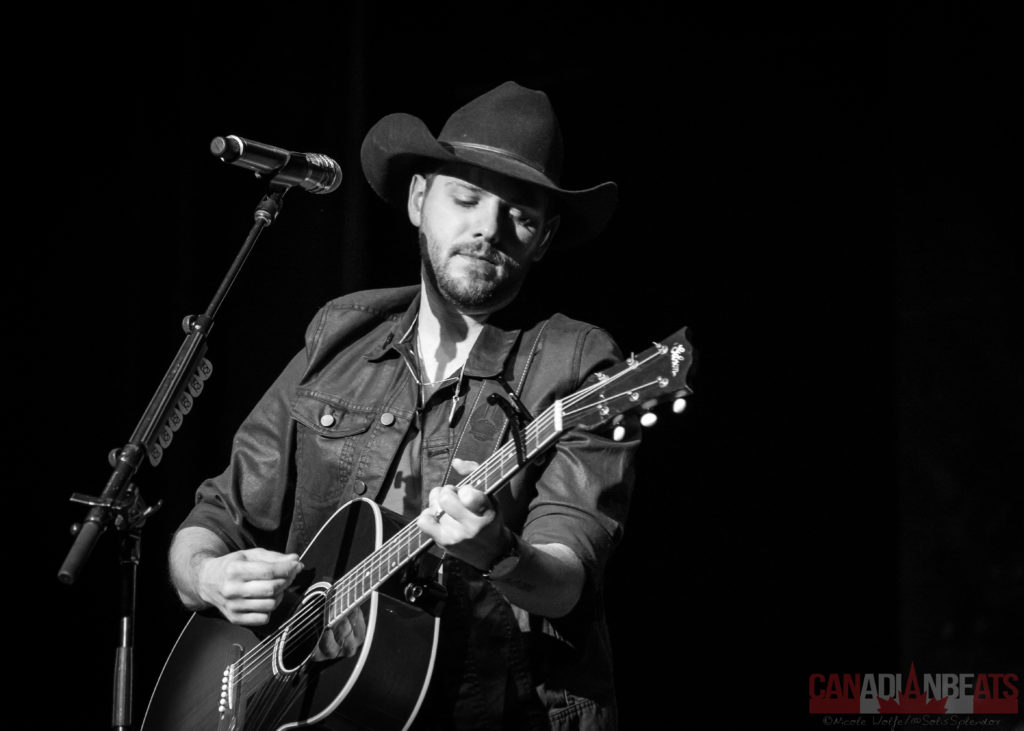 Kissel launched a contest inviting emerging artists to audition for a chance to open for him at his shows on this tour.  The contest was run on social media and in December, the lucky winners were announced.  Kansas Stone were among the lucky artists to be chosen.  You can read up on this band here and about all of the other winners by visiting our website.  Kansas Stone striped down their usual high-energy set with their full band in exchange for a 3-piece acoustic set with ‘harmonies for days’.  Front man, Brian Vain and lead guitarist, Matt Davey, brought along backing vocalist, Julien Michaud to fill in the harmonies in both in voice and acoustic guitar.  Their sound was warm and full and they definitely proved to the crowd why they were chosen as one of the winners for this contest. 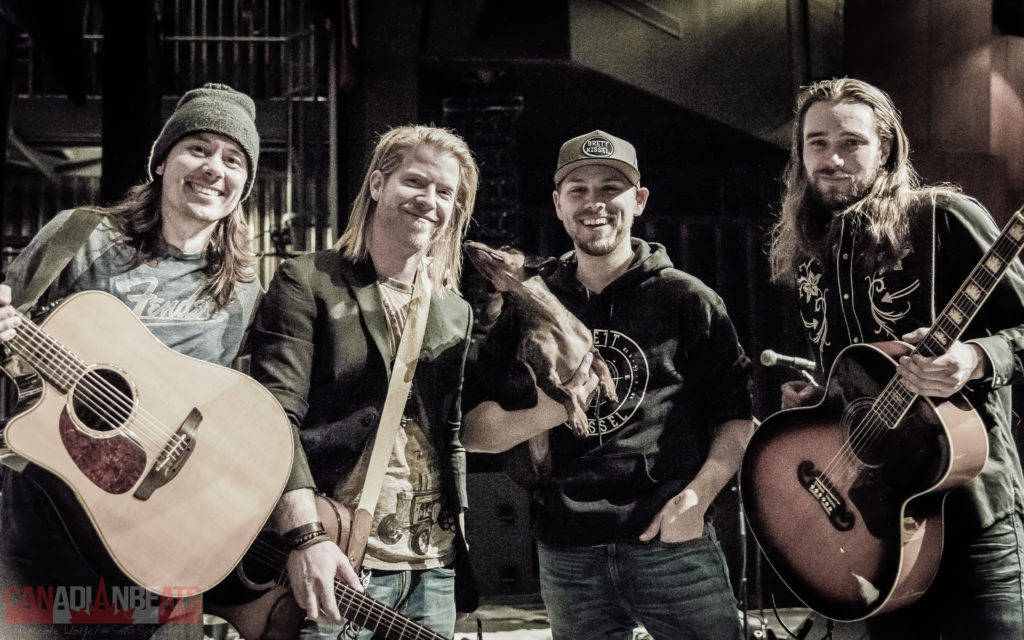 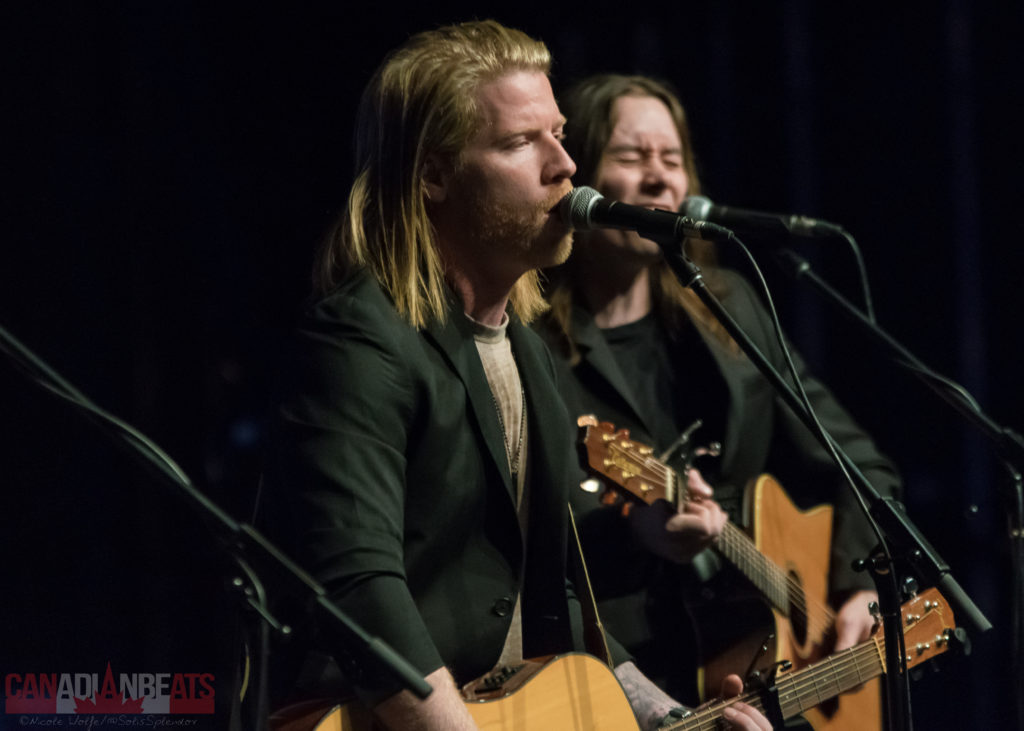 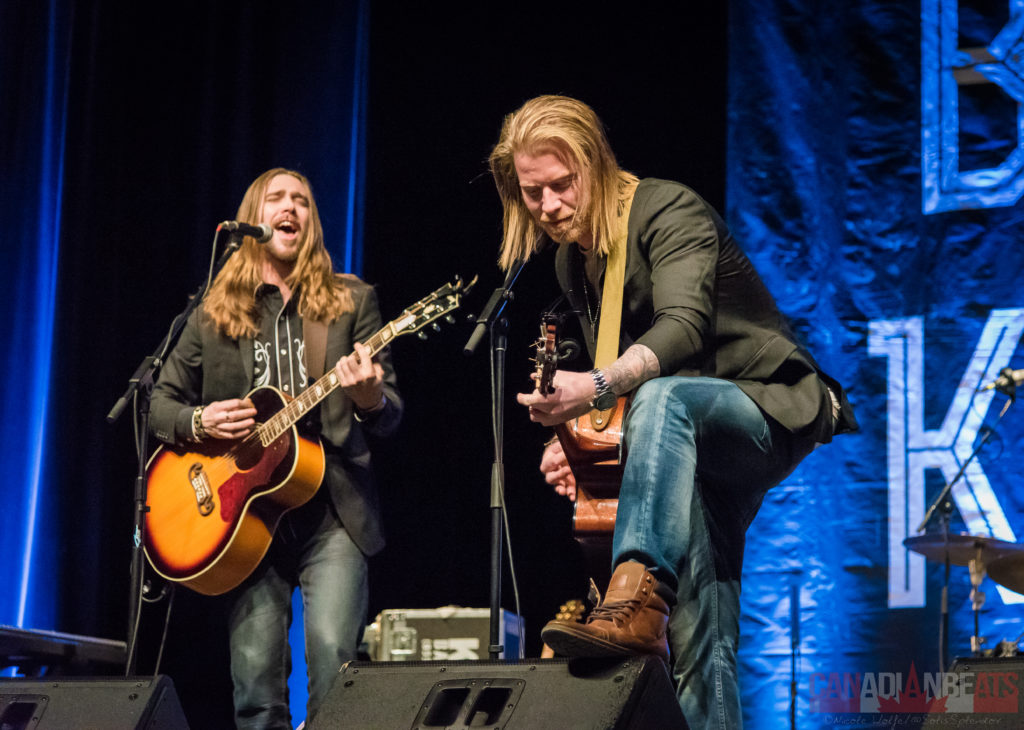 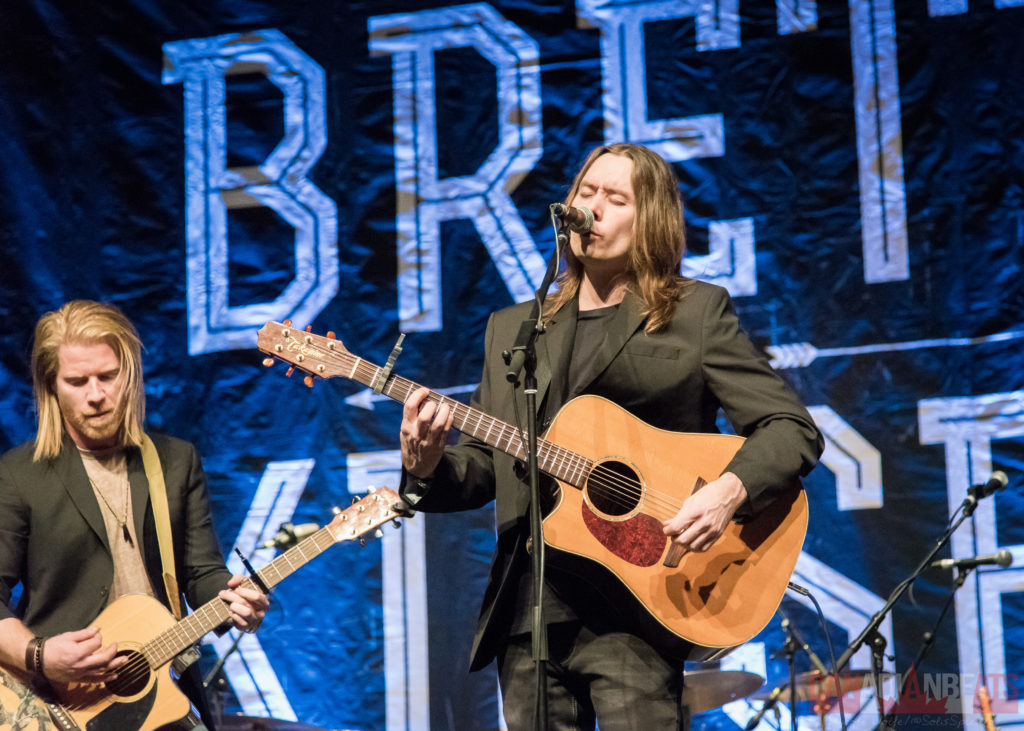 You don’t become one of Canada’s most treasured people without the help of an amazing band!  His tribe of super talented musicians kept the crowd pumped and thoroughly entertained all concert long.  They put just as much energy into entertaining as Kissel and often joined him at the front of the stage, making for an excellent photo op for fans.  Their talent was best demonstrated in the fleeting moments of the concert when the energy was at its peak, as they performed a cover of “Callin’ Baton Rouge” (Garth Brooks) and a “Country Boy” medley.  His band consists of his cousin, Matty McKay (guitar); Tyler Volrath (fiddle/guitar); Justin Kudding (bass); Spencer Cheyne (drums) and the band’s newest Connor Riddell (guitar). 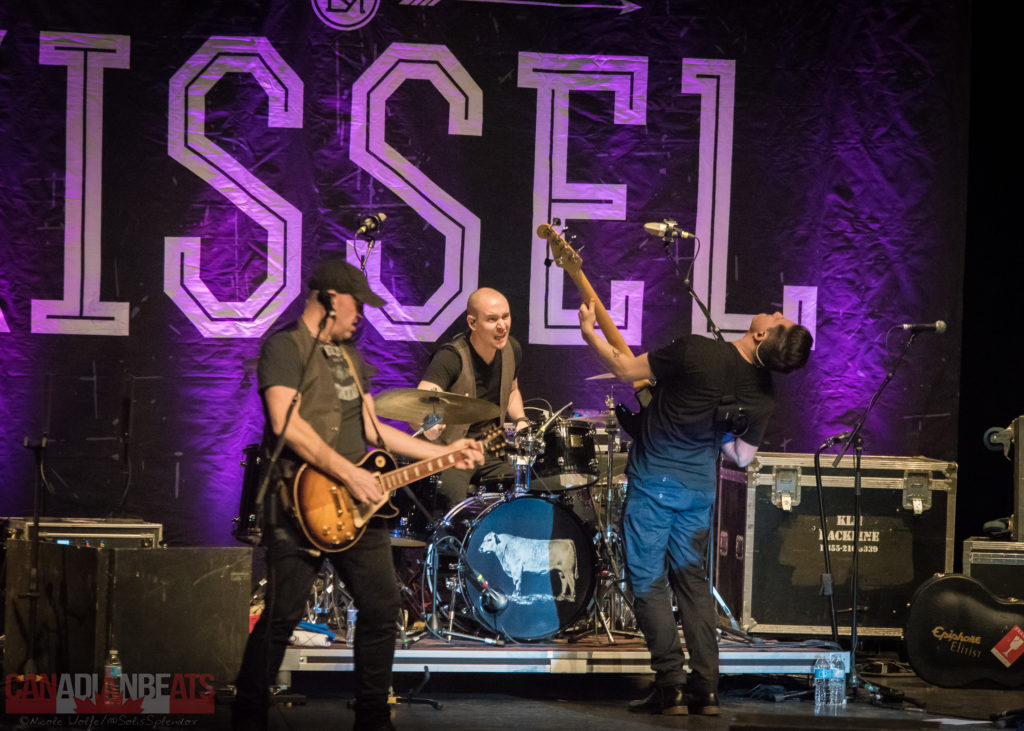 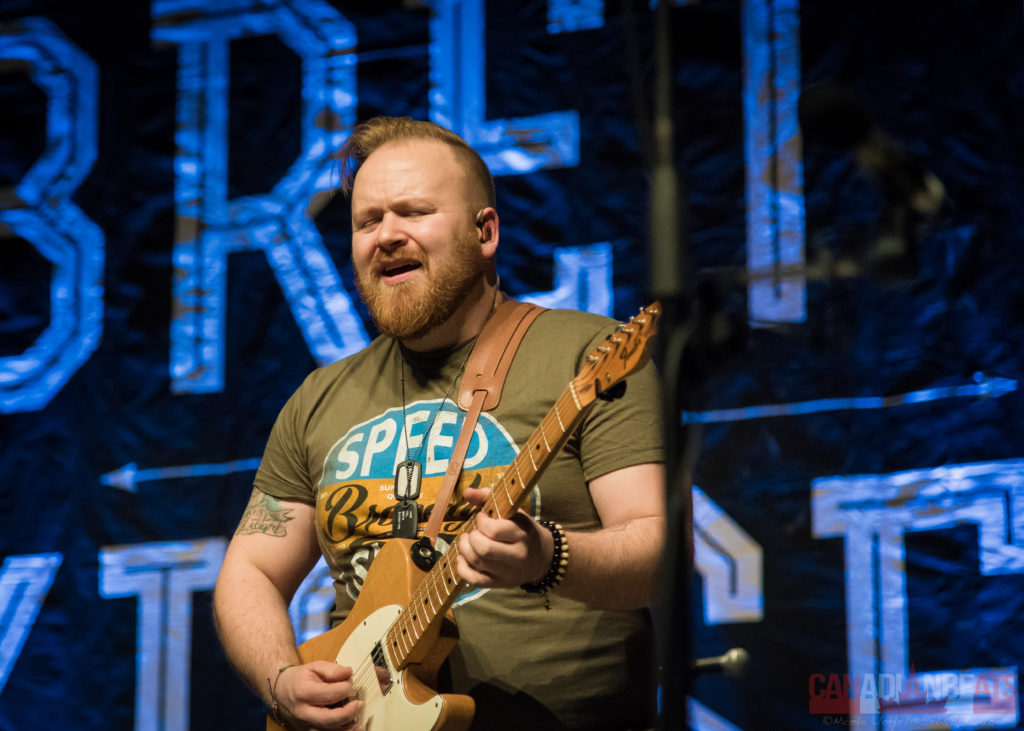 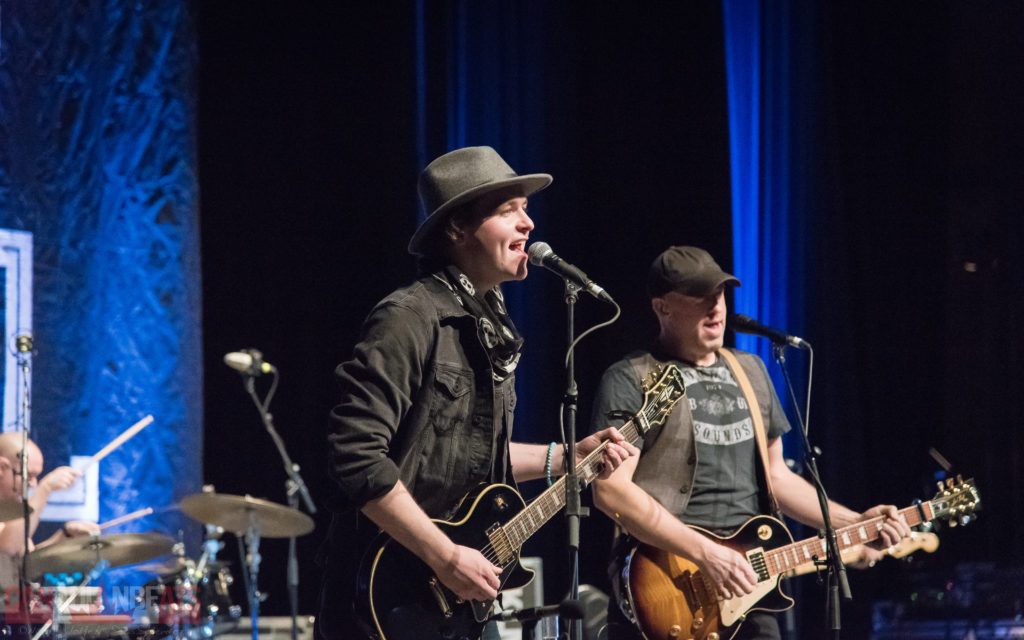 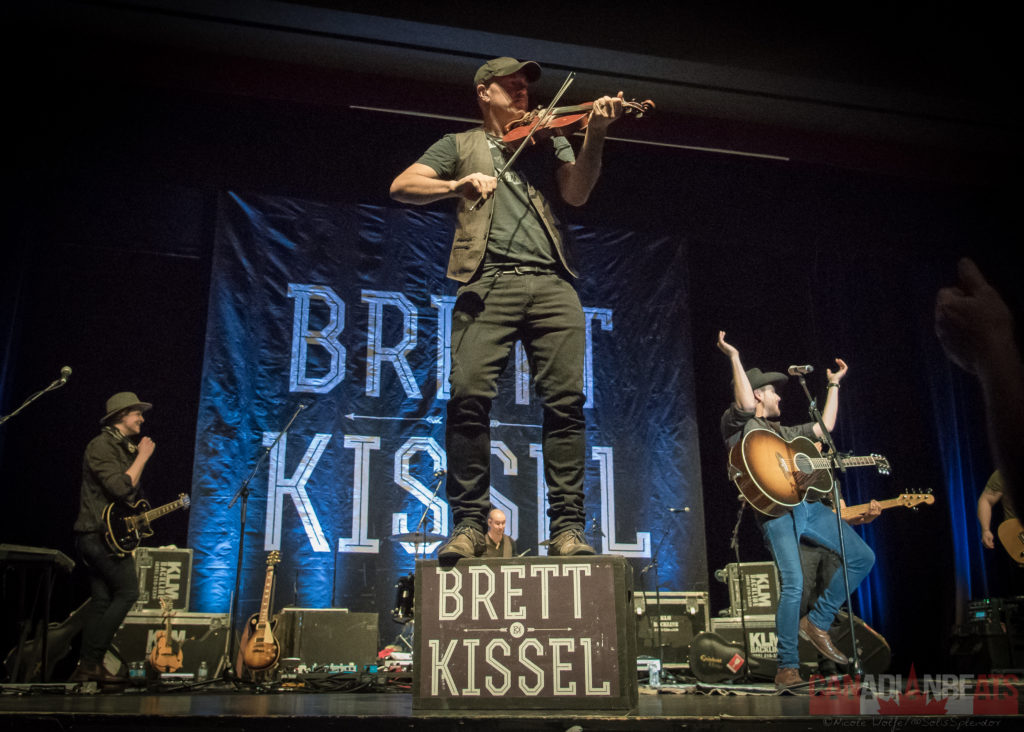 4. The ‘Canadian Kid’ himself, Brett Kissel

Brett is a natural-born entertainer.  He always seems to know just exactly how to engage his fans, whether it be with his witty sense of humour, his use of social media, his smooth moves on stage (wink, wink… we think you have a GREAT rock stance Brett!), or his ability to draw the crowd in, in an intimate moment.  Midway through the show he surprised fans by bringing his mic stand and guitar with him into the crowd to perform a few Johnny Cash covers (see setlist below).  This was no easy feat as the venue had seating bolted to the floor.  But Kissel squeezed his way in to provide his fans with a moment they won’t soon forget.  After the show (as he will do after all shows), Kissel made himself available to his fans for autographs and photos.  This very gracious act was much appreciated by the fans as they recognize the busy and tight schedule that he must adhere to.  Keep doing what you do, Brett!  Thank you for making the winter months a little warmer for the lucky fans who get to catch you in concert this tour! 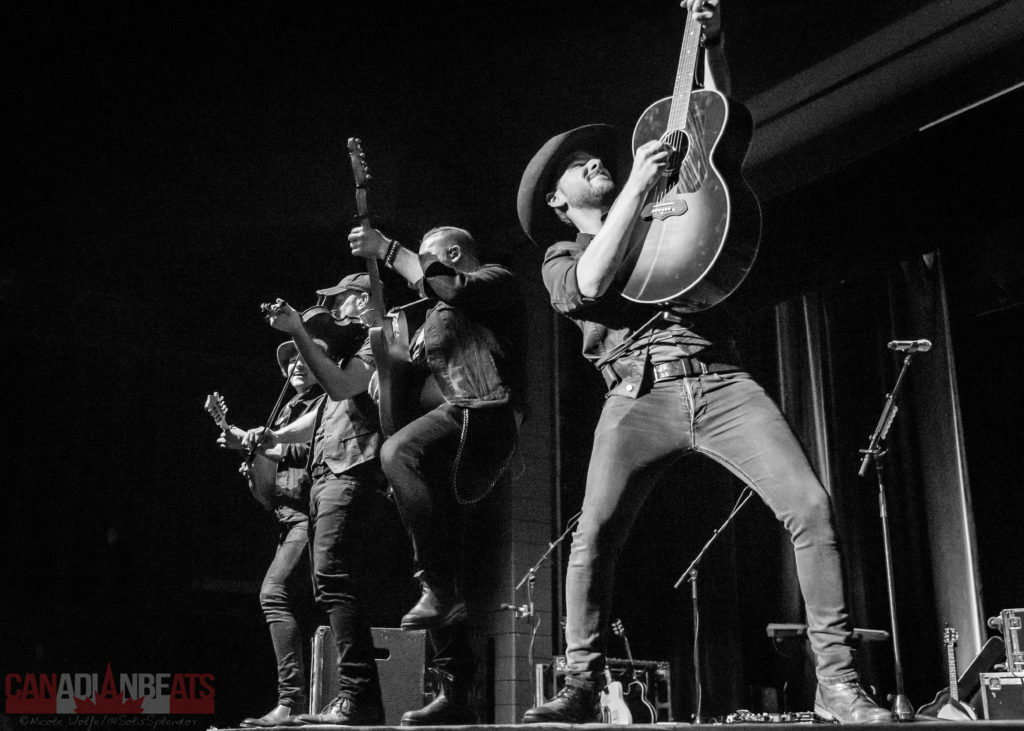 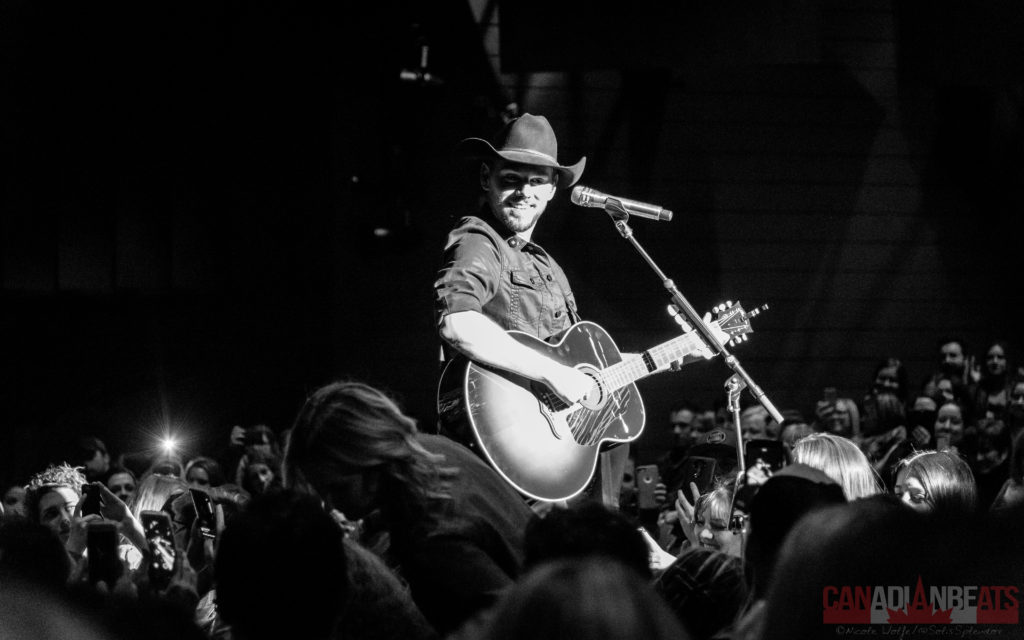 Setlist:
Airwaves
Something You Don’t Forget
She’s Desire
Cool With That
Canadian Kid
Tough People Do
Pick Me Up
Ring of Fire/ I’ve Been Everywhere (cover)
That’s So You
Hair
I Can Play Guitar
Callin’ Baton Rouge (cover)
Country Boy Medley
Started With A Song
3-2-1 (Encore)

Check out our Facebook page for all of our photos from the night!