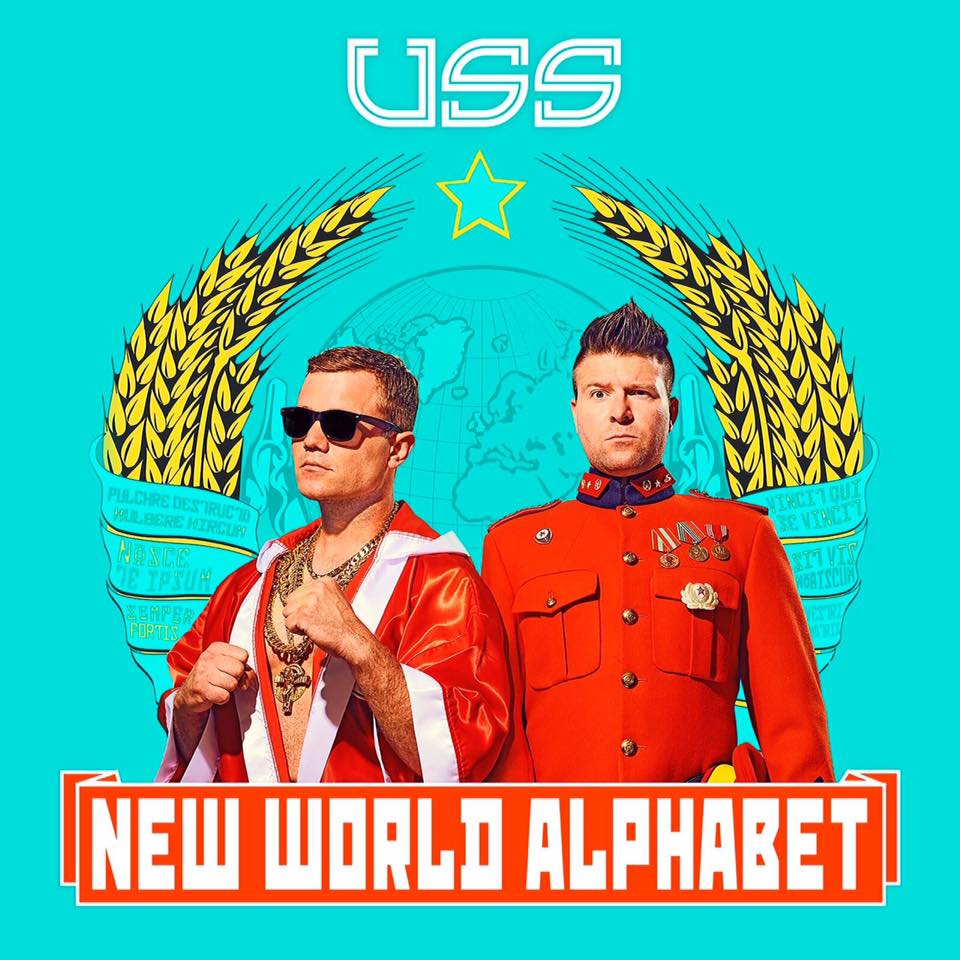 Toronto based duo Ubiquitous Synergy Seeker (USS) have done it again and released an album packed with tunes that are sure to become the soundtrack to your year. Produced by award-winning Tawgs Salter, New World Alphabet is the band’s 5th studio album. Following a string of concert series in Toronto in late 2016, the band will be touring this album beginning January 12th with Repartee and Said the Whale.

New World Alphabet begins with the hit single, “Work Shoes,” which has earned the #3 spot in Canada. With an undeniably infectious, yet simple hook it’s impossible not to chant along to this tune. Over the years, USS has proven that they don’t necessarily fit into a neat genre with their unique combination of acoustic guitar and electronic music. What really makes them stand out is their infectious energy. With each new album, USS proves they have a talent for effortlessly transferring their live energy into their recorded music. The duo’s exuberance shines through in “Work Shoes” and is sure to get the listener dancing in no time.

New World Alphabet keeps the party going strong with the anthemic “Who’s With Me.” This has got to be one of my favourite songs from the album. Its spirited, bouncy theme and strong hook makes “Who’s With Me” feel larger than life. Keeping things light and upbeat, “Domino” follows with witty lyrics and quick verses while the easy-going nature of “California Medication” proves to be the perfect tune to get your mind off of the dreadful winter season.

The second half of the album shows a softer side to the band’s songwriting with the emotionally-charged “Us.” By no means is this song an acoustic, stripped down version of USS, but musical layers in the verses are slightly pulled back to highlight poignant lyrics before erupting into a heartfelt chorus. The last title from the album, “Vulcan” ties it all together with hushed tones and introspective lyrics.

Overall New World Alphabet provides the listener with the lively enthusiasm USS are known for and showcases their never-ending versatility as musicians.  Be sure to check out the full album and to catch them on tour this month! See here for a full list of tour dates.