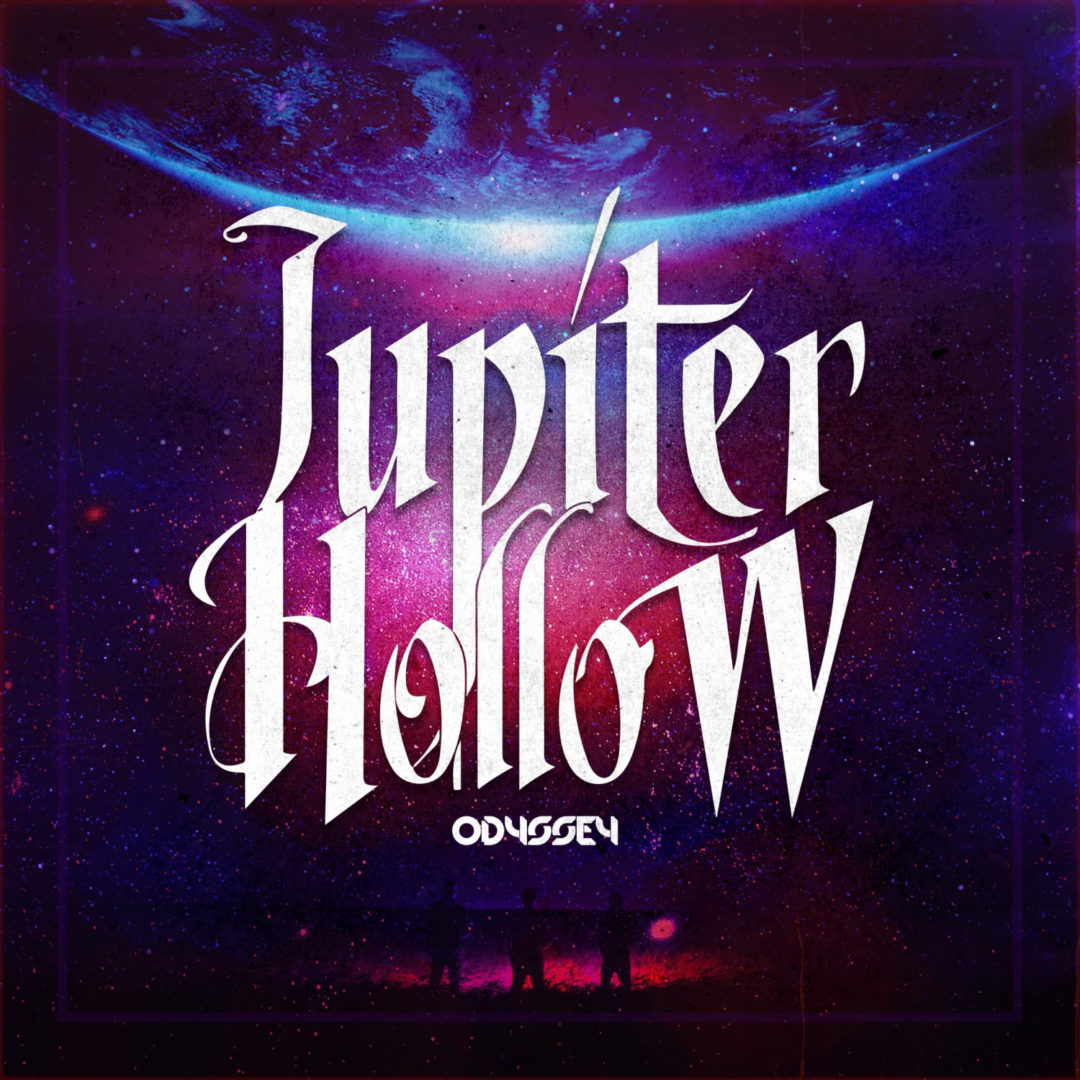 Hailing from Toronto, Ontario, Jupiter Hollow have released their debut EP, Odyssey.  The five track album provides a highly unique and tasteful dose of psychedelia and space age textures to the progressive rock genre, making this one of the most interesting up and coming releases I have heard in quite some time.

The opening track, “Deep In Space” launches the listener into a wave of sound which immediately paints an image of the bands influences: progressive icons Tool and Canada’s very own gem, Rush.   The song starts with an absolutely killer riff- one which is oddly enough highly reminiscent of the style of Les Claypool- and progresses with an array of tightly syncopated drums and guitars as vocalist, and drummer, Kenny Parry howls a melody far above the instrumental in a high register, as he follows the unrelenting pulse of the song.  It is in the instrumental that the band best resembles tool, especially in the interludes in between the chorus and the verse, and Parry’s voice greatly resembles that of Geddy Lee from Rush.  The band offers a mellower take on their progressive sound on “Hades Heart”, a track which grooves hard over an ambient guitar with its own explosions of energy, but more sporadic than “Deep In Space”, demonstrating a sense of dynamic in their song writing.

Almost as if they had heard me while referring to the groove in “Hades Heart”, “Over 50 Years” features the raw ferocity of “Deep In Space” with a layer of spontaneous chaos similar to The Dillinger Escape Plan and Protest The Hero, lavish vocal harmonies layered upon each other, and an infectious groove.  Not only does it feature a jaw dropping riff, but the song develops gradually over its five minute run time to cover much ground in a manner which reflects a highly mature song writing style.

Unfortunately, the format of an EP restricts Jupiter Hollow to a mere five songs.  Not only does Odyssey leave me wishing for more from the duo, but the most successful progressive rock bands utilise the time allotted on a full album to fully explore and experiment with their music.  But the looks of it, Jupiter Hollow have only begun their exploration of the sonic world as they create a progressive blend that is so unique, they may be on the verge of creating a signature sound.  Their blend of influences- ranging from primarily Rush and Tool, to modern metal bands like Periphery, and even Pink Floyd- are quite apparent upon listening to the album, and while they wear their inspirations on their sleeve, they sound very original.  Not only are both Perry and guitarist Grant MacKenzie excellent musicians, but their song writing style is highly sophisticated and experimental.  Up until now, I had yet to hear such a young band- both age of the members and length of time together as a band- of the progressive genre with such seamless and fleshed out ideas, along with a clear sense of vision and a greater level of musicianship.  Jupiter Hollow is definitely a band to watch out for!