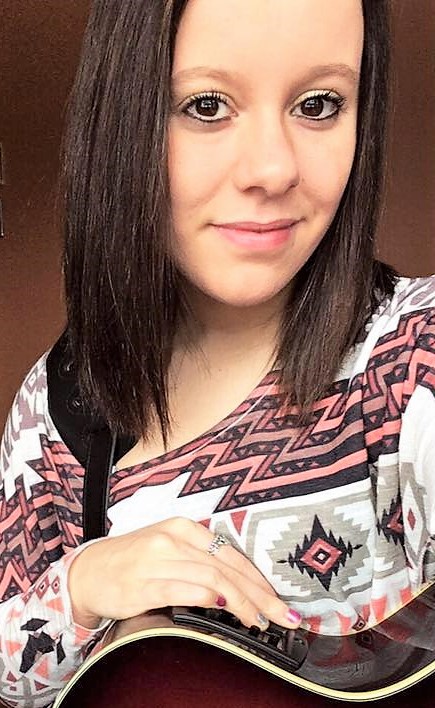 Chelsea Atkinson, a 16 year old  Musician/Singer/Songwriter from Springhill, Nova Scotia will be the lucky lady to open the Astor Theatre show in Liverpool, Nova Scotia on January 26, 2017.

Singing since the age of 8 and performing for local benefit shows and variety concerts in her small town and surrounding areas, Chelsea cites most of her musical influences come from country music artists such as Brett Kissel, Dean Brody, Carrie Underwood, The Dixie Chicks, Dolly Parton, and Johnny Cash.

For Chelsea’s video entry to the contest, she couldn’t decide whether to do an original song or cover a Brett Kissel tune. She loves his song, “I Didn’t Fall In Love With Your Hair”, because it has so much meaning and passion. She says it hits her close to home. Getting the opportunity to open for one of her idols would mean the absolute world to her.

“Being on stage makes me feel like I’m on top of the world anyway, but being able to share a stage with someone that I look up to as a performer, would mean everything to me. I’m just a simple performer, just a girl, with a guitar and some big dreams.” says Chelsea.

Coincidentally, Tyler Vollrath, who is part of Kissel’s band and a solo musician in his own right, performed a show of his own in the area and Chelsea was asked to open for him.

Chelsea recounts the day she got the news, “When my parents found out about me winning the contest, I was at work. I didn’t find out until four hours later! On the website, it stated that the winners would be announced on December 15th. So, every passing day after that the anticipation grew and and I became more and more inpatient. Finally, on the night of January 3rd, my mother received a call from Brett’s manager asking her if I would be interested in opening the Liverpool show. Without any hesitation, she said yes. So, when I returned home from work, my younger sister was holding up homemade signs that read “Brett Kissel Ice Snow and 30 Below” and “Liverpool Here We Come”. I turned around to see my father holding the release papers and he then told me, “You’re opening in Liverpool”! I was ecstatic! I was jumping around screaming, and nearly crying. I am such a huge fan of Brett, and being so young and being from such a small town, opportunities like this don’t come my way very often, and I don’t get to showcase my original music as much as I would like too. This really is an opportunity of a lifetime for me!”

Here is my entry for the #kickitwithkissel contest. I couldn't decide whether I should do an original or Brett cover, but I came to the conclusion that this song has so much meaning and passion. It hits me so close to home. Getting the opportunity to open for one of my idols in a New Brunswick or Nova Scotia show would mean the absolute world to me. I had the honour last year of performing along side Brett's band manager/mate Tyler Vollrath, and opening for Brett would just be that next step! Being on stage makes me feel like i'm on top of the world anyway, but being able to share a stage with someone that I look up to as a performer, would mean everything to me. I'm just a simple performer, just a girl, with a guitar and some big dreams. Here is "I Didn't Fall in Love With Your Hair" please like and share! I'd really appreciate it:)