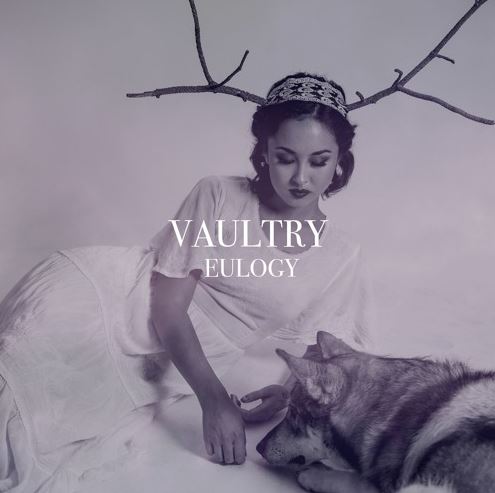 Scrolling through my Facebook one night I noticed someone had posted that their friends had released a new music video that day. I pressed play, not knowing who the band was. Letting it play in the background, it definitely fit in with the music I was interested in. That video was for “Ghost Writing”, the first single from Vaultry’s album Eulogy.

After listening to “Ghost Writing” again to do this review, I was trying to figure out what I thought it sounded like until I realized that the tune going through my head was in fact the song itself.

There’s a few of songs on the album where in parts, I keep making a connection to Silverstein. It’s not because of the songs as a whole but moreso in the vocals as I find that Leith Hynds, vocalist, sounds a bit like Silverstein vocalist Shane Told.

Listening to the album as a whole, the songs blend together perfectly. It begins mellow with “Eulogy” before picking up its pace and then the album comes full circle and slows down to its end with “Blindfolds”. There’s no track that sounds like it shouldn’t be there. Eulogy gives off a great sense of what direction Vaultry are going for and I personally think it’s the right direction.