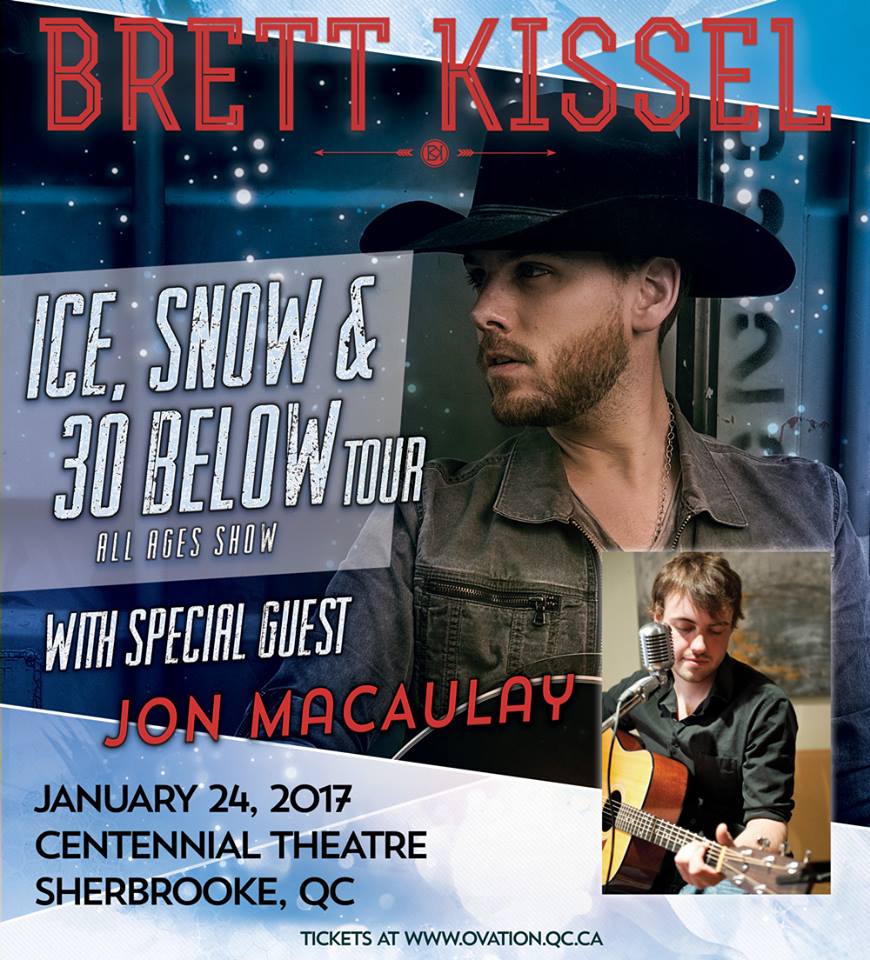 January 24, 2017, finds Brett, his band and crew leaving Ontario and heading east to Quebec to arrive at the Centennial Theatre in Sherbrooke. This will not be Brett’s first time here and, if fans there have anything to say about it, it won’t be his last. In October 2015, Brett played to a sold out crowd. We won’t be surprised if it’s a sell out once again!

Firehouse Productions Inc., who is gaining a reputation of bringing great music to the area while helping local charities, is responsible for the show coming to town. Proceeds will be going to Rotary Sherbrooke for their school supplies backpack program to benefit students from the Eastern Townships School Board. 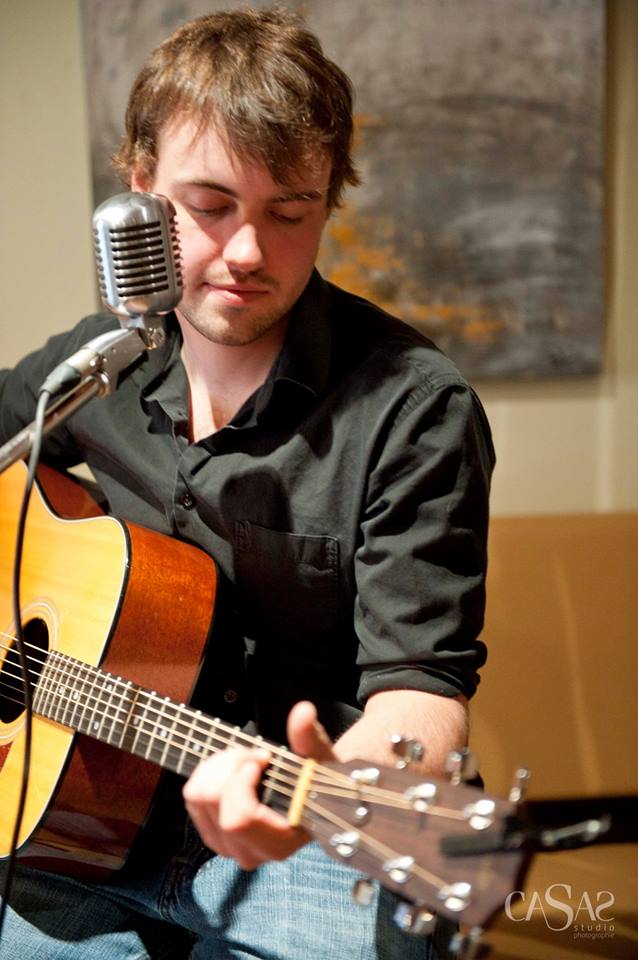 Chosen to open the show is Jon MacAulay, a singer/songwriter and versatile accompanist, that lives and breathes music. While studying jazz guitar at Bishop’s University, he started gigging around the area, acquainting himself with several high calibre musicians and making a name for himself along the way. He has worked as an entertainer in many local bars and restaurants and has also taken part in festivals such as Sherbrooke’s OFF Festival des Harmonies, Barnston’s Shazamfest, and the Dreamland Concert Series in North Hatley. In 2012, Jon took part in a province-wide tour with artists Jael Bird Joseph and Jon Richman (Life on Land) which gave him the opportunity to showcase his original music. After ranking highly in Sherbrooke’s I’ll Musik a few years back, he also got the opportunity to open for Jim Zeller and Carl Tremblay at the Granada Theater in Sherbrooke. He has taken part in a variety of jazz ensembles as well; most recent being the Don Ellis Big Band as well as a Nat King Cole inspired trio called The Errand Boys. After a long stint of playing cover songs, Jon decided to delve deeper into the world of song writing. In 2015, Jon got some of the area’s best musicians together to create his debut album, Solid Ground, which was released in July of the same year. The resulting work is a folk/rock influenced album reminiscent of artists such as Ray Lamontagne, Jackson Browne, and Blue Rodeo. Other, less obvious influences, such as Oscar Peterson and Jimi Hendrix can also be heard to the attentive listener. Solid Ground is the culmination of several years of writing as well as the beginning of a new phase in Jon’s career. Since its release, the album has had considerable airplay and has paved the way for many subsequent musical opportunities for Jon and his band.

Jon’s post about being picked reads, “I am very pleased to announce that I will be opening for Brett Kissel at Centennial Theatre on January 24th! Got the gig by entering his #KickItWithKissel contest and I’m pumped to say the least! Show starts at 8pm… hope to see some of you there!”

Tickets can be purchased here.