Countdown To Kissel – Toronto, ON 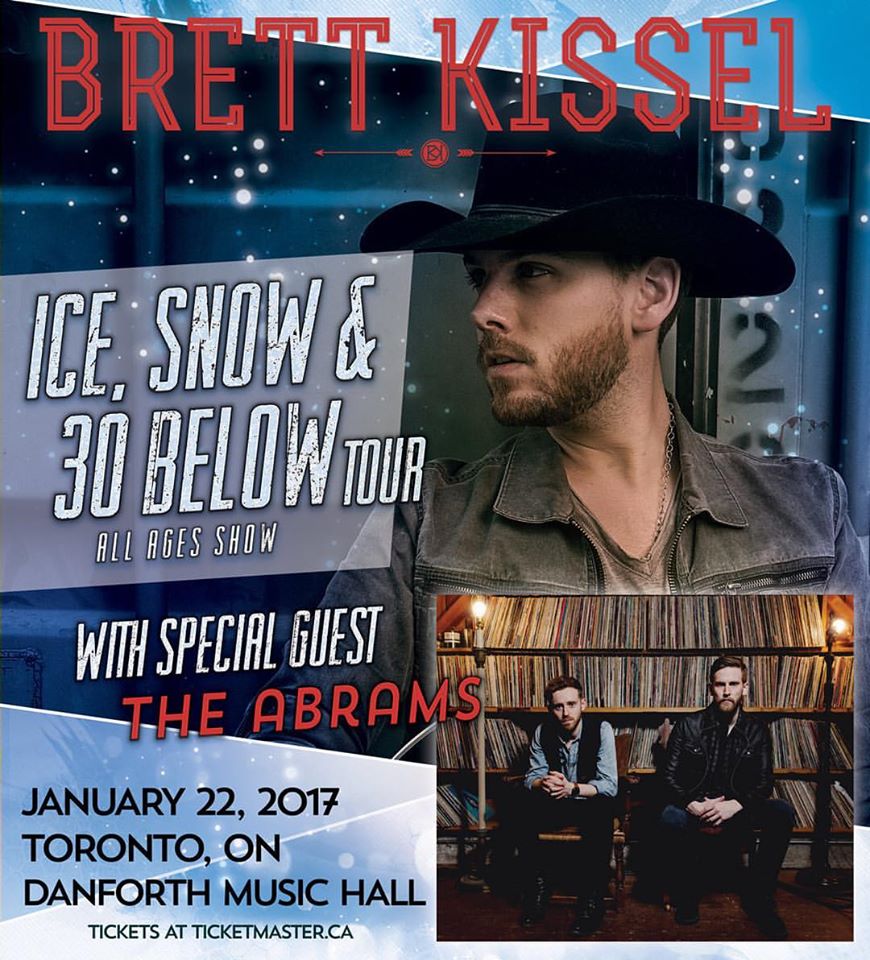 Sunday January 22, 2017, the Kissel crew pulls into the classic Danforth Music Hall for Stop #9. Joining Brett to open will be Warner Music Canada label mates, The Abrams. Yes, the boys also opened for the Hamilton show with special guest, Ashlynne Vince. This time, they are on their own. Rather than reiterate much of what I posted a few days ago, I though I’d let some videos do the talking for me. You’re welcome to take a look back on the Hamilton post here. I really can’t say enough nice things about The Abrams – talented, grounded, wonderful human beings!

Who Are The Abrams?

Who are The Abrams?

Who are The Abrams?