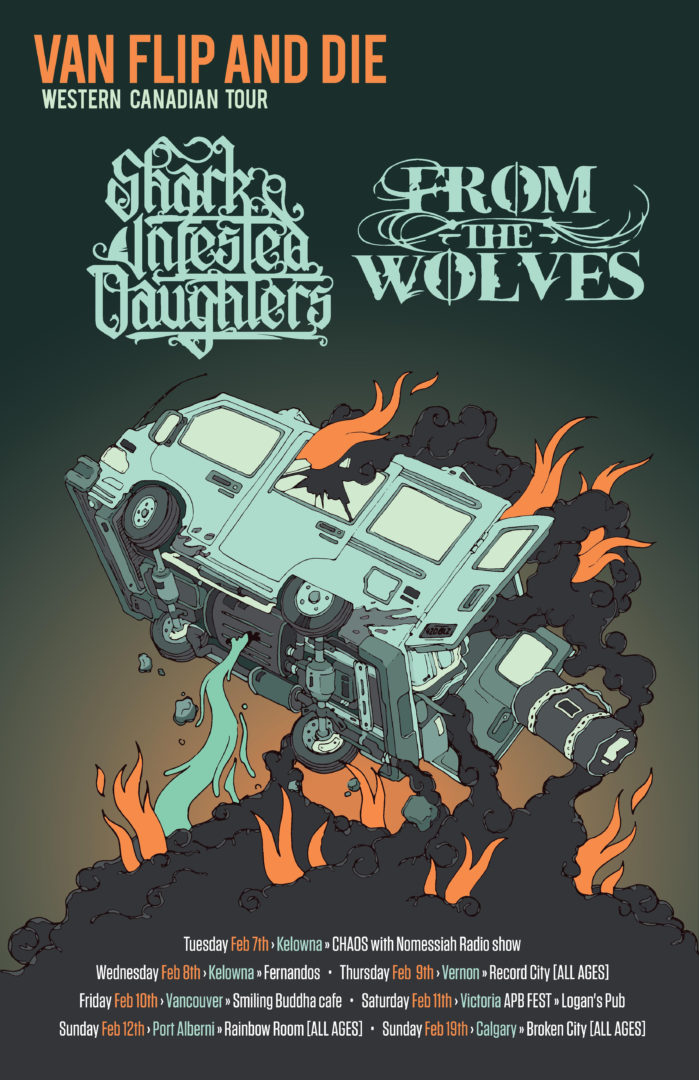 Calgary band FROM THE WOLVES have announced a western Canadian tour with fellow Calgary band Shark Infested Daughters. The tour taking place in February in Alberta and British Columbia is in support of the band’s latest release ‘Nightmares’.  Check out the dates for the Van Flip and Die tour dates below and head out to a show if they come to your area.