Countdown To Kissel – Belleville, ON

Saturday January 21, 2017, The Empire Theatre, in Belleville, Ontario will be host to Brett’s show with the lovely ladies of Runaway Angel to open. 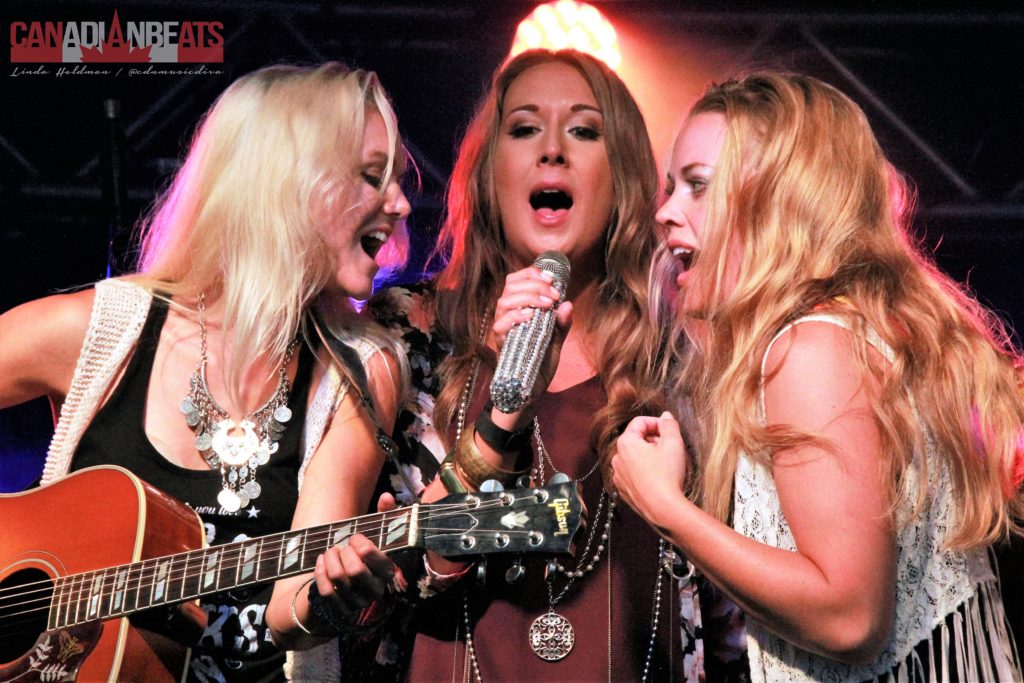 I really couldn’t be happier for these gals! I’ve seen them on their journey from the beginning, and even earlier as solo artists. They are beautiful, funny, talented and hard working. They were also the very first act I interviewed for Canadian Beats going back to January 2016. They really had a very busy and exciting year. Since I really can’t say it any better than they did on the Runaway Angel Facebook page, here’s a glimpse of what 2016 was like for them.

“It has been an INCREDIBLE year for us with some amazing firsts! We released our first album and did our first Canadian Radio Tour together, played the Havelock Country Jamboree, took part in the Canadian Country Music Association (CCMA) Discovery Program, got our very first The Foundation Assisting Canadian Talent On Recordings (FACTOR) Grant and Cadence (Grace) got Married!”

Cadence Grace, Ann Chaplin and Stacey Zegers have had major successes in their own right as solo female artists, but never imagined that together their collective talents would catapult them to an entirely new level as Runaway Angel.

It all began in 2009, when Stacey and Cadence met on set during the filming of CMT’s Karaoke Star, where both were finalists and became fast friends. Cadence then met Ann at CCMA Week in 2011 and they clicked instantly. In late 2013, the three friends joined forces and together Runaway Angel was born. Their group chemistry is palpable and their onstage energy is unforgettable.

All strong writers, their solo music has been featured on the likes of CMT, Disney, Much Music and Much More Music, as well as shows like Degrassi High, Dawson’s Creek, Joan of Arcadia, Naturally Sadie and MTV’s The Hills. Together the girls make a dynamic writing force, performing all original material written or co-written by the girls with some of Nashville and Canada’s finest writers. They also write regularly with other artists- fellow Canadian Myria Webber’s debut single ‘Move Kiss’ was co-written by Grace.

Their debut single ‘Our Story’ released in January 2014 landed them as Regional Finalists in the 2014 CBC Searchlight Contest, and snagged them a spot in Boots and Hearts 2014 Emerging Artist Showcase. Their Live Video entry won them the chance to play at Lucknow’s Music in the Fields that summer and the girls were invited to participate in the CCMA 2014 Coast to Coast Showcase Series at West Edmonton Mall.

Subsequent singles have been released since and it just seems that radio, fellow musicians, friends and fans can’t get enough of them. They have been nominated for several awards for the CMAO and to have been part of the 2016 CCMA Discovery Program was an incredibly growing experience for them.

We at Canadian Beats know that opening for Brett Kissel in Belleville is only going to be the start of a phenomenal year for Runaway Angel! Happy 2017 ladies!

Purchase your tickets for this show here.