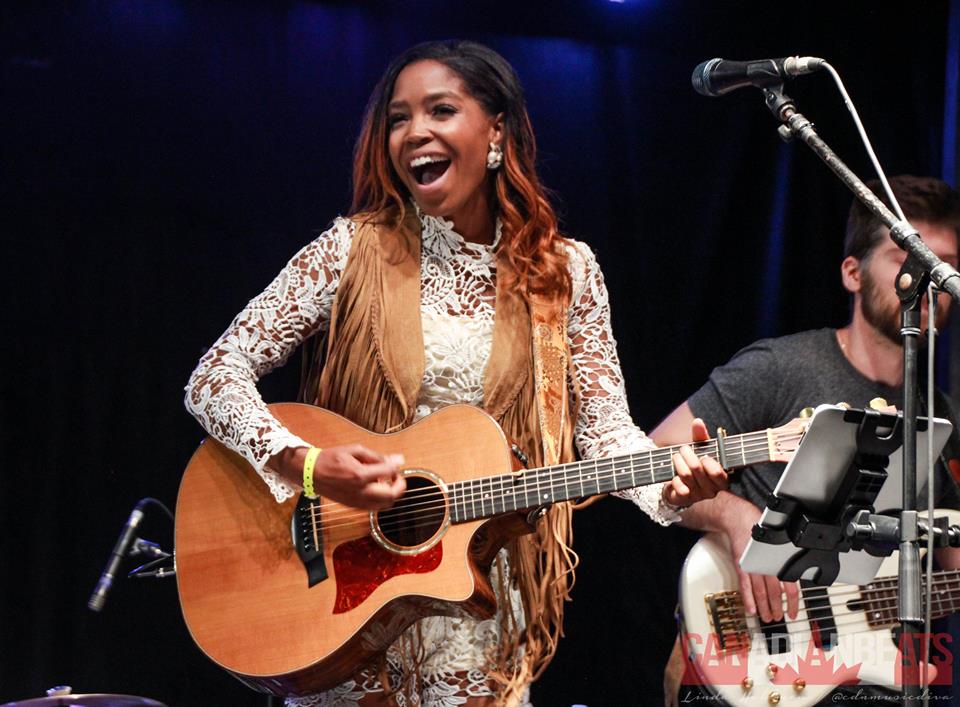 Well, January 16th is a show I am really going to hate to miss. It has two wonderful up-and-coming artists that I have come to know in 2016, Kris Barclay and Sacha. Both super talented! This show takes place at the Rose Theatre in Brampton, Ontario. 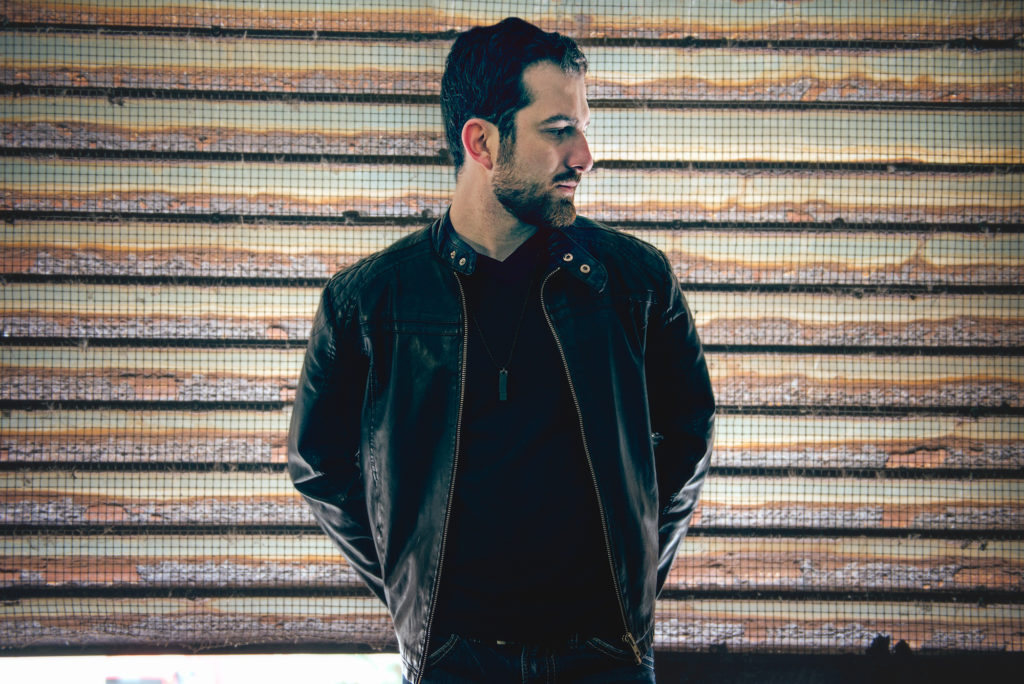 I first met Kris Barclay at the 2016 CMAO Awards & Conference. This young man has a wicked sense of humour and charisma that can make even this ol’ girl blush. And yes ladies, he has some wicked moves on stage that can compete with a certain hot American Country Artist that will make you say: “Luke who?”

The Ajax Ontario native spends most of his time on the road and on stage at several venues across Ontario, including The Corral in Oshawa, Big Texas in Niagara Falls, and 2015 CCMA Country Bar of the Year – Boots & Bourbon in Toronto. 2016 even saw him performed at Havelock Country Jamboree and Ranchman’s in Calgary. If you’ve seen one of the 25-year-old entertainer’s shows, he never fails to entertain a crowd. From energetic, up lifting party anthems, to story-telling ballads, Kris Barclay delivers a very engaging performance showing several sides to today’s country music.

After a successful Junior “A” hockey career and also at the University level, Kris set his sights on Nashville and country music. “The game of hockey was amazing for me.” He says, “It taught me so much, and many of those skills I still use to help me in my music career.” He attributes much of this to having the opportunity to play with and for some incredible people and says, “travelling around in buses and planes for hockey has really helped condition me for life on the road with music”.

When Kris wasn’t on stage, he was busy spending time in Nashville writing and recording his new EP, which is due out sometime in 2017. Kris takes a very honest approach to songwriting, using his own life experiences to reach out and connect with people saying, “To look out into a crowd of people and see them singing your own lyrics back to you, or knowing that you’ve impacted their lives, either to relate to them on a personal level, or to provide the soundtrack for their party is such an incredible feeling, and means the world to me”.

Kris, and his energetic band, have opened shows for artists such as Kira Isabella, The Good Brothers, Tim Hicks, Chad Brownlee, Wes Mack and Dean Brody. His fan base continues to grow. Kris looks forward to being a part of tours with artists that he looks up to and, in the long run, his dream is to continue to put out original music and headline his own national tour. 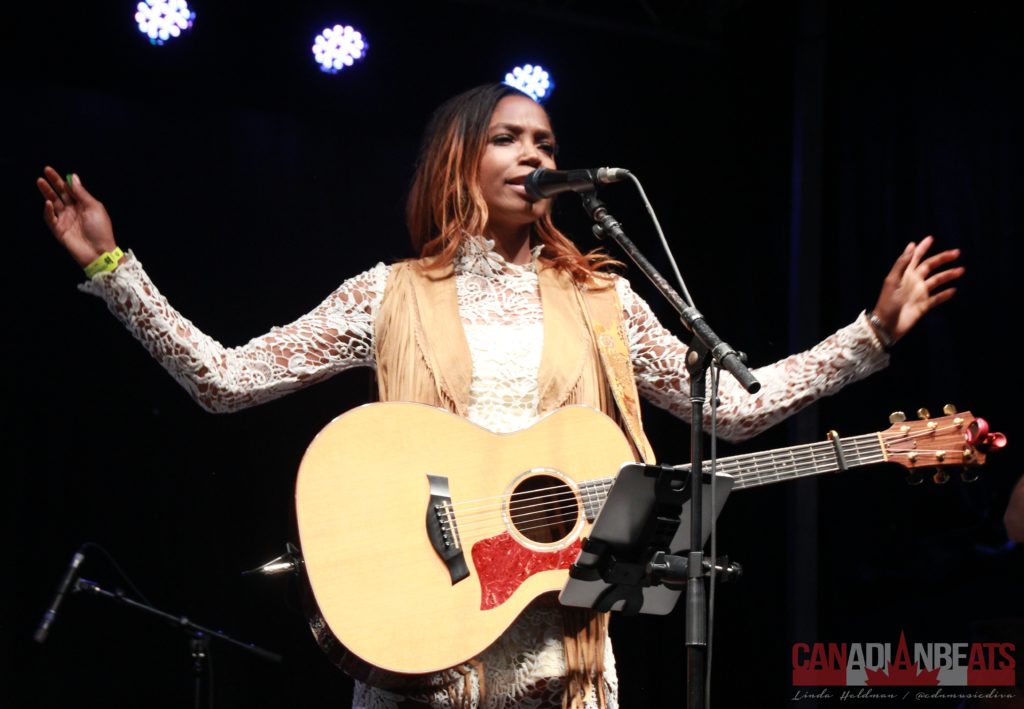 I met Sacha over the same weekend that I met Kris. She was part of the CMAO New Faces Showcase and she blew everyone else out of the water! Her style and stage presence is a force to be reckoned with. Her song writing is inspirational and she is a wonderfully warm and caring individual.

Sacha, who was born in Montreal Quebec, currently resides in the Greater Toronto Area. The Canadian Singer/Songwriter/Entertainer got her Country, Folk background, from being rooted and grounded in the small town of Warkworth, Ontario but, she wasn’t always country. She grew up with music all around her. She sang in choirs and participated in talent shows till one day, she realized Country Music was the path she wanted to pursue. 4 years ago She wrote a song called “Stix N Stones”, which turned into an Anti-bullying anthem that lead to many interviews and appearances. She spends much of the year touring to numerous schools to perform and inform students on the subject.

Summer festival season has found Sacha on some pretty impressive stages thanks to her winning a few prestigious competitions over 2016. She became the CMAO Spotlight Artist and performed at Lucknow Music In the Fields. She was also crowned The Next Country Music Star for Havelock Country Jamboree.

Sacha’s messages through her songs, leaves many feeling inspired, encouraged and empowered. The telling of a story, some even of her own, are what makes these songs relatable to the listener. She is recognized as a “Fresh face” and “Fresh sound” on the Country Music scene. As an independent Artist, Sacha has carved a niche for herself to afford her a promising road ahead in her dreams and her mission statement which goes as such…

“I’m a musical messenger, changing the world one song at a time!”

I'm super excited for the opportunity to enter the #KICKITWITHKISSEL Contest…. Courtesy of the Country Music Association of Ontario (CMAO) Brett Kissel …. My husband and I are big FANS!! Secondly I had the opportunity to see you perform a couple of times at the Invictus Entertainment Group party and the Canadian Country Music Association Awards this year. You are an amazing performer & I love how you connect with your fans, this shows that you have a great appreciation for them. This is why I love performing, It's all about the FANS and the power of connecting through songs and music! It would be an absolute honour and Dream come true to support you on your upcoming #icesnow30belowtour Here's to hoping ??**PS my guitar student Connor, met you, has a pic with you and absolutely adores you!! He would be thrilled if I landed this opportunity #brettkissel #kickitwithkissel