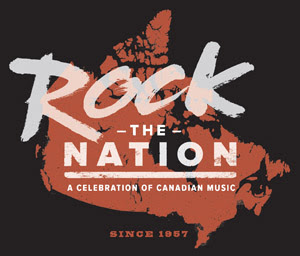 It’s a huge year for Canada as our country celebrates it’s 150th birthday. With celebrations taking place across the nation, Annerin Productions announced that they will be presenting Rock The Nation, a national live theater tour that will celebrate over 30 years of Canadian music.

The tour will kick off in Abbotsford on March 17 and will make stops across British Columbia, Alberta, Saskatchewan, Manitoba and Ontario and will feature a wide array of songs that have inspired, comforted, moved and challenged our culture.

The music featured in Rock the Nation will range from the 1960’s-1980’s with tracks made famous by the likes of Paul Anka, The Guess Who, Neil Young, k.d. lang and many more.

For more information on how to be a part of Canada’s celebrations click here.