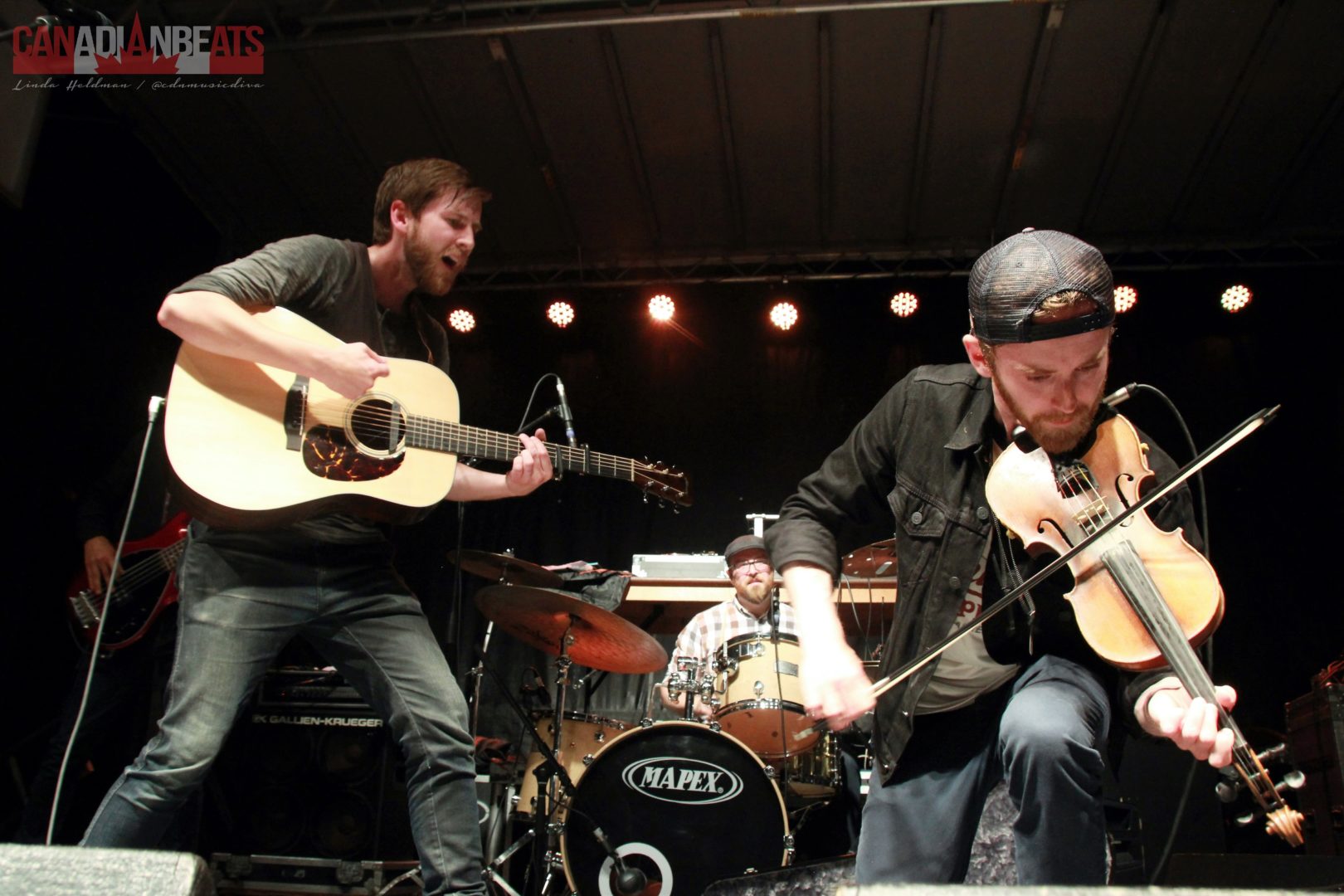 Third stop on the tour is the Dofasco Centre for the Arts in Hamilton, Ontario, January 14th. This night will have not one, but two special opening acts; The Abrams and Ashlynne Vince.

In 2016, I was pleasantly reunited with John and James Abrams, after not seeing them for about three years. The Abrams are fourth generation musicians and, they have been creating and performing music for as long as they can both remember.

In 2014, they met Gavin Brown– the Juno award-winning and Grammy nominated producer (Billy Talent, Metric, Three Days Grace), who would produce their latest EP, that was 2-years in the making.

“Working with Gavin has really been about taking all the country, bluegrass and gospel music we grew up playing, and honing it into a sound that’s distinctly us,” notes John Abrams. “Country music is where we feel most comfortable as artists, and on this EP we’re embracing it differently than we have in the past. Although we’re still in our early twenties, we feel our music has never had so much youthful energy before. That’s why we’ve decided to call the EP simply The Abrams. It really does feel like a new beginning.”

The EP, released through Warner Music Canada, has charted two singles at radio – “Fine” and “Champion”. Their harmonies and instrumental abilities are phenomenal. They easily carry the energy from the EP to the stage, as you will truly get the chance to see at the Hamilton show.

With the release of “Champion”, The Abrams started a campaign #My ChampionIs. It’s a feel good promotion for people to share who their champion is. If you have someone that is your champion, why not submit a video or photo and talk about them?

In 2015, while in Canada, Ashlynne had the opportunity to perform as direct support to Canadian Idol runner up, Jaydee Bixby, for his cross-Canada summer tour. She also opened for runner up of Britain’s Got Talent, Aliki, at the Scotiabank Centre in Niagara Falls, ON to a sold out crowd. When in Nashville, Ashlynne performs on rotation at the famous Tootsies Wild Orchid Lounge, Rippy’s and Honky Tonk Central mentoring under some of the most entertaining and successful musicians in North America. She also makes occasional guest appearances on the General Jackson Riverboat Cruise, The Bluebird Cafe, Legends, The Stage, and The Palace.

One of the highlights during the 2016 Festival Season in Ontario, was being chosen as a Spotlight Artist at the Trackside Music Festival, in London, Ontario, joining the stage with Florida Georgia Line, Randy Houser, Brett Kissel, and Jess Moskaluke to name a few.

Why do I want the opportunity to tour with Brett Kissel? For me it's so much about learning and gaining experience from someone so talented and someone who started out really young like I did. He's such a showman I know being able to watch him I will learn so much more. I would love to be a part of a tour this size to understand how they work and what it's like to be on one. And finally it's #BrettKissel why wouldn't I want to be on tour with him!!!! Here it is my video for the Brett Kissel Ice Snow & 30 Below Tour!! Hope you love it as much as I loved making it!! "No Boys Allowed" – Original song @ AshlynneVince #KickItWithKissel Country Music Association of Ontario (CMAO) @theCMAO #KickItWithKissel

Purchase tickets for this show here!