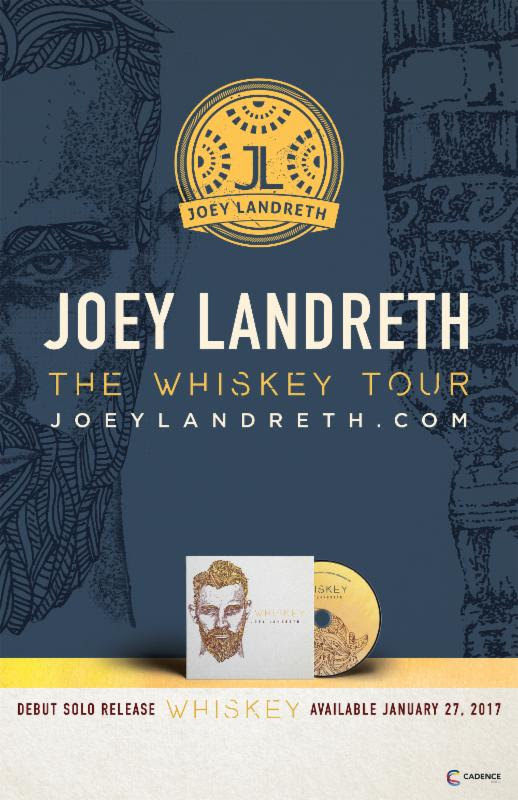 Joey Landreth has revealed that he will be hitting the road this year, but this time minus The Bros. Landreth.

The tour will be in support of Landreth’s debut solo effort Whiskey, which is set for release on January 27 via Cadence Music and will see him accompanied by a 3-piece band. Now available for pre-order, Whiskey features the lead track Still Feel Gone.

Dates will begin in the UK before moving to Canada where fans can catch the singer in Saskatchewan, Alberta, British Columbia or Manitoba. Eastern Canadian dates will be announced shortly as well!