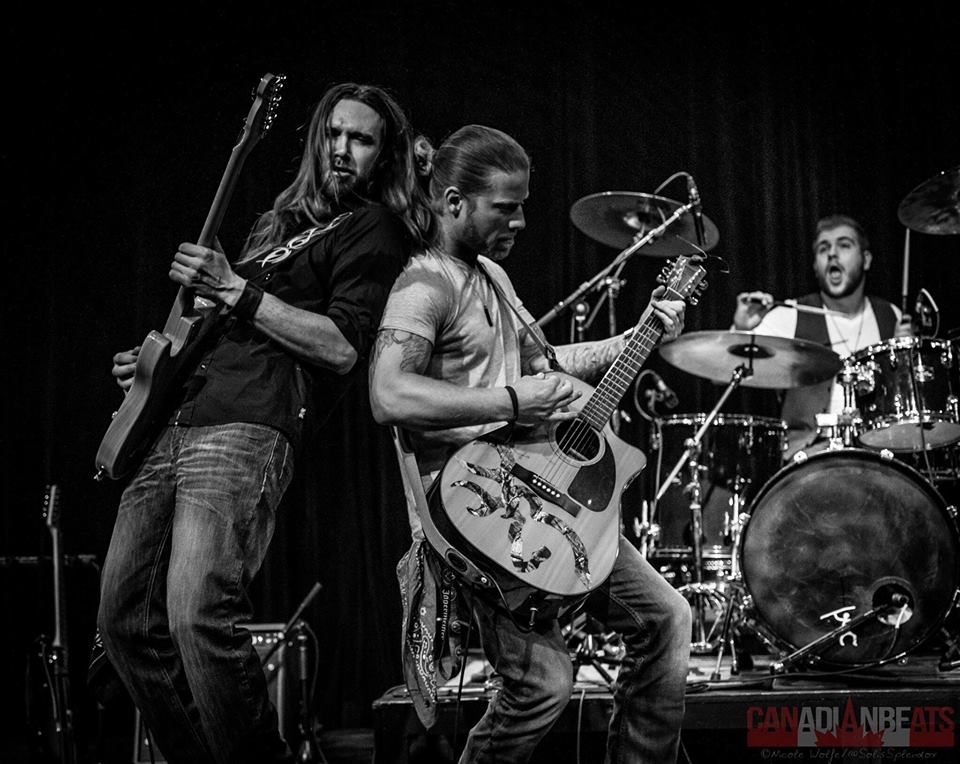 Kiwanis Community Theatre Centre, in Sault Ste. Marie, will be home to the first night of the tour. The openers are Barrie, Ontario’s Kansas Stone.

The name Kansas Stone was in front man Brian Vain‘s head for many years. It wasn’t until Brian brought a list of songs to one of his best friends, Matt Davey, that the idea really formed into this music train named Kansas Stone.

Kansas Stone is a high energy Country band that fuels off of many different styles. They deliver a sound that ranges from old and new country, blues, rock, and more. Kansas Stone has become notorious for their catchy melodies and well crafted original songs. Alongside their many influences, they continue to forge there own path with the music they love. Some of Kansas Stone’s influences include: Waylon Jennings, Zac Brown Band, Garth brooks, Alabama, Jason Aldean and Johnny Cash.

Kansas Stone has been very fortunate to share the stage with great artists such as: Dallas Smith, Aaron Pritchett, Beverly Mahood and Tebey just to name a few. They continue to draw attention to themselves with raving show reviews and endearing fans that follow.

This experience for them to open for Brett is sure to be a highlight of an early 2017.

On the road in London Ontario for a show, before we left our hotel we recorded a new song we've been working on for the chance to play with our fellow Canadian kid Brett Kissel. We have had the honour of meeting Brett and his amazing band a few times and would love the chance to share the stage with them on the up coming #icesnowand30belowtour we look up to Brett for his Amazing talent and his humble down to earth attitude. His positive presence in country music has pushed us to follow our dreams much the same as he has. For this we are forever in debt. Kansas Stone wants to #kickitwithkissel Brett KisselCountry Music Association of Ontario (CMAO) @theCMAO @mattymckay Invictus Entertainment Group #cmao