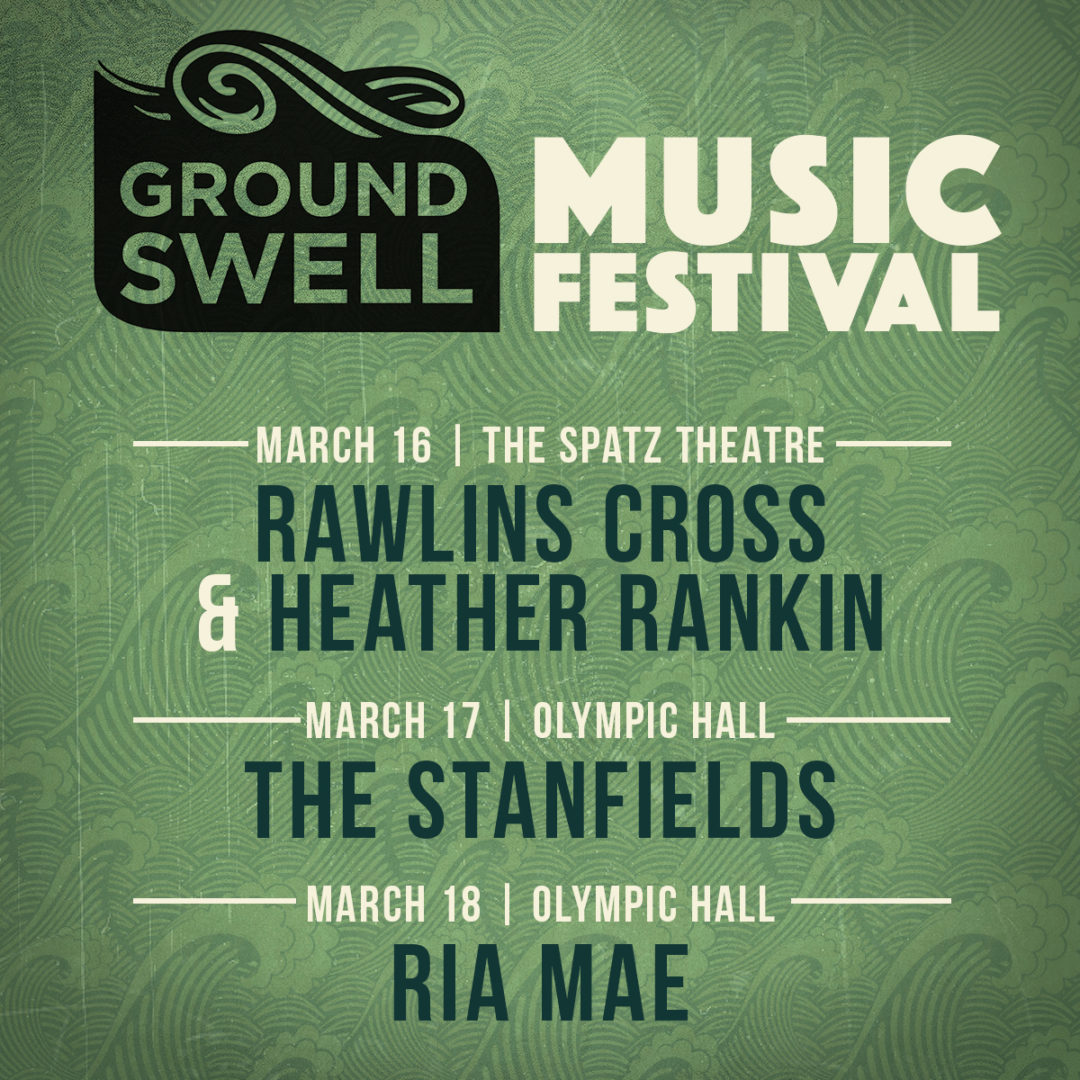 GroundSwell Music recently announced the headliners for the upcoming GroundSwell Music Festival.  The three-day event will run March 16-18th, 2017. This is the second year for the festival, and plans to highlight the very best of what Nova Scotia is known for, this obviously means, music and hospitality. “With a focus on Nova Scotian music, food and drink, this year will feature three nights of Rock, Pop and Celtic music served up with excellent local food and drink sourced from across the province.”

Opening night at the Spatz Theatre on March 16th will feature a double bill with celebrated East Coast artists Rawlins Cross and Heather Rankin. March 17th, St. Patrick’s Day, will have folk-rock journeymen, The Stanfields, blowing the roof off the Olympic Hall. Closing out the festival at Olympic Hall on March 18th will be Halifax’s own, JUNO-nominated folk-pop slinger Ria Mae. A host of supporting acts will be announced in the new year. You don’t want to miss these talented artists, so check out the info below and grab you’re tickets.

Tickets start at $35 and are available through Ticket Halifax.  The 2017 GroundSwell Music Festival is sponsored by The City of Halifax, The Province of Nova Scotia, Select Nova Scotia, FACTOR and the Government of Canada.

Tickets and information can be found by visiting www.groundswellmusic.ca