We’re having so much fun sharing some of Canada’s talented artists/bands Christmas favourites with you. The fun started on Dec 20th with “First Thoughts of Christmas“, and continued yesterday with “Favourite Christmas Songs“. Today, we are on to our next topic, which is a fun one…

What is your favourite Christmas movie or special?

Probably the old claymation cartoons (like rudolph, and those) I can’t really nail it down to one. –Jonathon Reid (Beauwater)

The original of the Grinch that Stole Christmas. –Alex St. Kitts 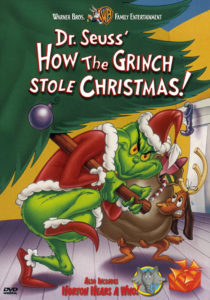 Tie between Home Alone, National Lampoon Christmas Vacation and Mr. Bean’s Christmas episodes. I’ve never been a fan of older Christmas movies so growing up in the 90s/00s these were the regulars for me.  – Matt Dines (Lookalike)

Die Hard – because what’s Christmas without Nakatomi Plaza? An even better gem is the Finnish fantasy Rare Exports, which we’ve seen every year since 2010. It’s about the original Santa, who wasn’t so nice – so Miracle on 34th Street it ain’t! But it’s a ton of fun, and delivers that feeling of wonder we’re all looking for – because nobody understands Christmas magic like the Finns. –Corin Raymond

I LOVE How The Grinch Stole Christmas. The live action one with Jim Carrey. We watch it every year <3 –Gabriela Geneva 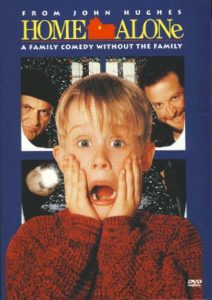 A toss up between Home Alone and The Grinch (cartoon). I remember watching the Grinch several times with my mother every year during Christmas…not to mention the carols on the show were great. As for Home Alone…Who didn’t want to be Kevin McAllister growing up? A smart kid full of whit that loves pranks. Those two are definitely Christmas staples.– Andre Pettipas (Andre Pattipas and the Giants)

Elf is a classic! Home Alone is a great Christmas movie too. –Jason Petric (Petric) 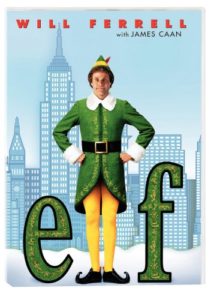 Home Alone is definitely up there for us, we watched that together last year which was a lot of fun. –Holly Jamieson (Ginger Ale and the Monowhales)

I know Denise loves Charlie Brown but we have a tradition of watching Love Actually on Christmas Eve and playing the drinking game. It was the first movie we ever saw together 13 years ago so it always takes me back to that. And its based in London which will always make me sentimental! –Peter & Denise (100 Mile House)

Home alone   We all learned so much from kevin growing up. –Daniel Wesley

Again, there are several…more recent comedies such as Elf and Home Alone…even more recent being Bill Murray’s Netflix special,  A Very Murray Christmas, which is just a delight…to the heartwarming classics such as It’s A Wonderful Life, Miracle on 34th St. And of course, the various incarnations of A Christmas Carol, my favourite probably being the Muppets’ rendition. I think that crowd nailed it (although I also have soft spot for the Albert Finney musical adaptation, which my brother Chris and I still watch every year). But if I had to choose one, I’d probably go with A Charlie Brown Christmas. The message that Charles M. Schulz relays is simple and profound in it’s beauty. And Vince Guaraldi’s music is perfection. –Andrew Dale (The Once) 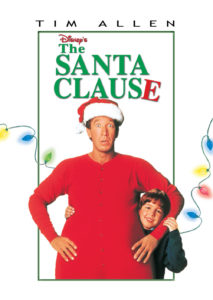 My favourite Christmas movie wavers between Home Alone (classic) and A Christmas Story (timeless). They’re both excellent in their own right. When it comes to Christmas specials, however, it’s hard to beat A Charlie Brown Christmas. –Trevor Murphy (Quiet Parade)

I think every generation has a different Christmas movie they grow up on. Mine was definitely Home Alone. I’ve seen it a million times but it doesn’t feel like Christmas without it. –Matt Campbell (Alert The Medic)

The cool answer seenms to be “Die Hard” but Jon Maclean brought that whole mess on himself.. ..it’s a tie between the claymation Rudolph and home alone 2. Lost in New York. –Chris Hynes (Hot x Proxy)

Bill Murray’s Scrooged.  The comedic take on Dickens The Christmas Carol is just a riot.  I can watch that movie every year over and over again. –Matt Dusk 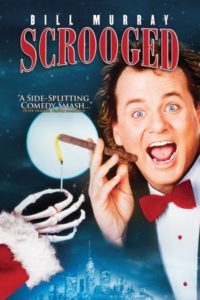 National Lampoon’s Christmas Vacation is my all-time favourite Christmas movie. It has so many classic lines that’ll never get old. I always watch it a couple times a year and I’ve never gotten tired of it. It’s easily one of my favourite parts of the holidays. –Cameron (Among Legends)

The Grinch! I love the version with Jim Carrey. I watch it a few times during the holiday season. I’ve already watched it once this December, but I will definitely watch it again before Christmas; it’s just that good! –Nicole Rayy

Hard to beat A Very Murray Christmas. Bill is back in full form in this special.  –Connor Booth (Quiet Parade)

I love Elf! Will Ferrell is so funny in that flick. Also, The Grinch is a definite go-to! Love me some Whoville! – Kyle McKearney (The New Electric) 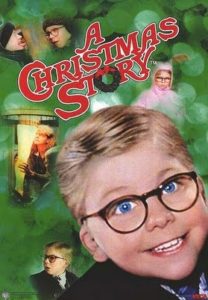 Favourite Christmas movie is without a doubt A Christmas Story! –Willie Stratton

My favourite Christmas movie is actually the one that everyone seems to hate. I am a big fan of the Jim Carrey version of How the Grinch Stole Christmas. I also think Elf is excellent. –Julia Weir (Quiet Parade)

It’s A Wonderful Life (We watch it every Christmas Eve) and the Grinch of course. . .  And The Polar Express. –Bobbi Richards (RootBone)

l would have to say Bad Santa with Billy Bob. I got to hang out with Billy Bob’s son Willy on New Years a couple of years ago and he is an amazing guy which made me love that movie even more. –Danny Miles (July Talk) 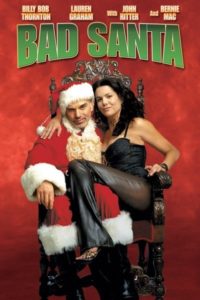 I don’t know if it is a Christmas Movie but it was always on at Christmas.  Meet Me in St. Louis with Judy Garland.  Have Yourself  a Merry Little Christmas is from this movie.  –Erin Costelo

It’s a tough choice but probably between Muppets Christmas and A Christmas Story.  The scene with the plate of potatoes and the kid eating it like a literal pig makes me laugh so hard every time. –Jessica Mitchell

A Christmas story , with Ralphy and the red rider Beebee gun , I looked like him when I was younger – Jordan Krawczuk (Rival Town) 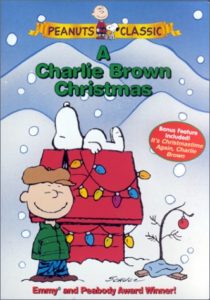 NOTTA – We Play music and play scrabble. Family visiting is no time for TV, although we did look forward to watching Black Mass one Christmas. –Sunday Wilde

The Muppet Family Christmas and A Garfield Christmas. (Technically Die Hard is a Christmas movie too, but Ill stick with the two classics) – Adam Baxter 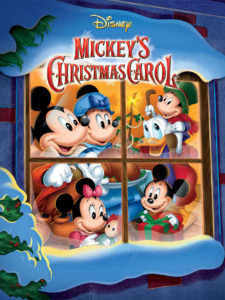 “Polar Express” – I’m a sucker for a great animated film. Plus, watching it now reminds me of being back home with my sisters watching it all together. – Tafari Anthony