By Remington Fioraso on December 21, 2016@https://twitter.com/RemingtonFD 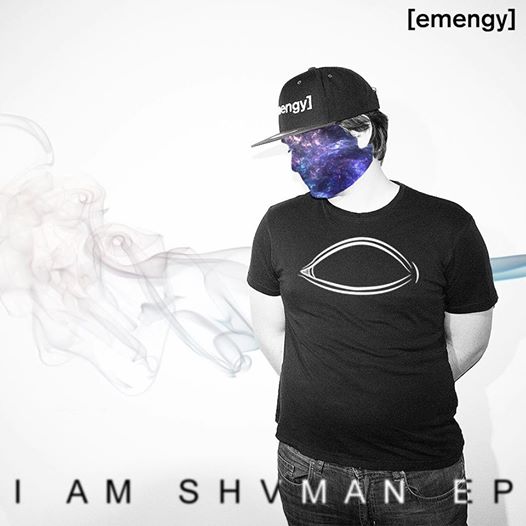 BC’s Shvman, pronounced as ‘shaman’ has released his new EP I am Shvman through the Emengy imprint.  I had the opportunity to ask the producer more about the release.  Continue reading below and be sure to pick up a copy of the record!

Hey everyone! My name is SHVMAN, I’ve been producing music for about 5 1/2 years now using FL Studio and as of recently Ableton Live, and I produce EDM tracks varying from chill vibes to heavy bass.

Well, when I started making music I was really into Skrillex, and through the years I started listening to artists such as Deadmau5, Flux Pavilion, Kaskade and a whole range of artists each varying in style. Back then they were all I listened to and wanted to listen to. Now I try to keep an open mind and listen to anything I can. I don’t listen to music as just music anymore. I listen to everything and view it as art, which is how I look at my own music.

What made you want to begin pursuing music?

When I was a kid, I wanted to be a guitarist and lead singer in a punk band. I liked that cliche “party all night” concept, as well as the idea of touring with close friends of mine, playing in front of thousands of screaming fans, and just generally living life to the fullest I could. I had a fairly musical family as well, my mum used to play guitar (even though she wasn’t the most experienced guitar player), and my dad ran a DJ company full time doing weddings so I was always listening to either top 40 house music or songs like “Stairway to Heaven” by Led Zeppelin (my mum LOVED to play that one). So one night when I was about 12 or 13, I was browsing facebook and decided to download Virtual DJ (for reasons I can’t remember). I started off by making mashups of skrillex songs or songs I liked that might have fit together. From there, I picked up ableton briefly, then moved to FL Studio and have used it since.

I guess long story short, I wanted to be a musician as a kid and was around music a lot.

Your second EP, I am Shvman, was released on December 16th via Beatport.  How was the recording process? What were stand-out moments for you?

The recording process was relatively easy from a production perspective. At this point I knew what I was doing very well in the DAW and it was just a matter of letting the ideas flow out naturally. A huge stand out moment had to be when I was producing “Helicopter”. It started off as an idea I threw together the night before playing at Summer Bass music festival. I didn’t think I’d finish it, but when I did I actually surprised myself because the quality of the track was actually higher than I anticipated which was exciting to see.

Whom, or what, are some of your inspirations when working on tracks for the EP?

“Helicopter” was inspired by DR. FRESCH and his G-House tracks as well as Rezz and Bro Safari. “Basic Bitch” was just something I threw together for shits and giggles. If anybody inspired it, I’d have to say NGHTMRE did. “Artist” was actually inspired by a close friend of mine Mully and his track “Inception”.

How would you compare it to your previous releases?

Well, quality wise it is a million times better. These tracks on this EP are by far my favourite out of anything I’ve ever made.

What can fans look forward to seeing from you in 2017?

I can’t say much due to the fact that these are still being discussed. I can tell you for sure that there will be new tracks, collaborations, new EP’s and more shows. Let’s just say 2017 will be a VERY busy year.

At Canadian Beats, we like to dedicate a portion of our interviews for fun questions to help readers get to know you a bit more.  As we are heading closer to the end of 2016, here are some questions relating to the holidays.

What is your favourite holiday memory?

Sitting with my family on Christmas Eve watching movies. That is a huge tradition in my household.

What is your favourite Christmas song?

If I had to choose one song, I’d have to say “Jingle Bell Rock”.

What is your favourite holiday movie?

Nightmare Before Christmas hands down.

What is your favourite holiday treat?

What was the best present you gave?

I gave my girlfriend a purple heart-shaped diamond necklace one year. She still wears it to this day.

What is your New Years resolution?

2016 was a terrible year for my music. So my new years resolution for 2017 is make more music for this year!

As unoriginal as this is, follow your dreams and work hard at them! You don’t know how successful you’ll be until you try.