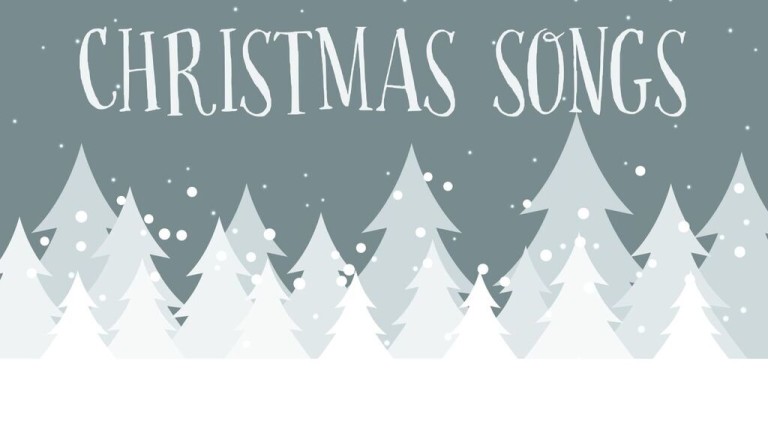 Yesterday, we started a Countdown to Christmas in which we asked over 50 Canadian artists/bands a series of holiday themed questions. The countdown began with “First Thoughts of Christmas“, and now it’s time to continue with the series with Favourite Christmas Songs! Be sure to check back for the next 3 days to see all of the questions, as we are sure you are going to enjoy these!

What is your favourite Christmas song?

I’m always partial to the classic ones like Have Yourself a Merry Little Christmas or Silent Night.  It’s all about the old school recordings from the 50’s and 60’s. –Jessica Mitchell

Oh Holy Night. It has some very epic minor chords. Like many Christmas songs it has some very dated, and bazaar lyrics Lolol, but I love it! – Kyle McKearney (The New Electric)

I’m a sucker for “O Little Town of Bethlehem.” The first verse is all you need. Most Christmas hymns, the poetry of the song is all packed in the opening stanza – I think Willie Nelson’s version is a minute and a half: first verse, Willie-solo, out. Also: anything off the Christmas album the Muppets did with John Denver – I mean, it’s hard to top Rowlf the Dog singing “Have Yourself a Merry Little Christmas.” –Corin Raymond

I love 12-bar blues songs, so I always look forward to hearing Run Run Rudolph over the holidays. I’d love to do a holiday benefit show at some point, where each band does covers of their favourite holiday songs. I think Run Run Rudolph would bring the house down.  –Mitchell (Among Legends)

I don’t think I have just one favourite song, but the one I tend to sing the most often is “The Christmas Song” (Chestnuts Roasting On An Open Fire). –Gabriela Geneva

“Sleigh Ride” – I like a lot of version of this one. I probably listen to The Ronettes version the most though. -Dave Wasilyw (Doc Walker)

Anything my family plays in the living room together during the holidays. –Sunday Wilde

Carol of the Bells followed by O’ Holy Night – Uforia

It’s an album, actually: Charlie Brown’s Christmas. Vince Guaraldi is a master at what he does and I find that ever since childhood, that record has gotten me excited for the holidays. –Kaia Kater

‘It Must Be Christmas’ by The Band. Rick Danko has a live version on youtube that we cover at Christmas, always gets us in the spirit! –Peter & Denise (100 Mile House)

“Do They Know It’s Christmas” by Band Aid. I like this one because my brother and I belt it out every year together. –Conor (KEEK)

Have Yourself A Merry Little Christmas –Lexi Strate

Well, I guess its gotta be White Christmas.  It is still one of the most recorded and performed songs in the world. –Matt Dusk

That’s a tough one! I have many…everything from Silent Night to Fairytale of New York…I’ve always had a soft spot for I’ll Be Home For Christmas, perhaps because the idea of being home for Christmas, surrounded by those you love and who love you becomes more and more important with each passing year. –Andrew Dale (The Once)

Going to have to go with the classic track “Skating” from A Charlie Brown Christmas. Halifax drumming legend Jerry Granelli plays on this track and adds an irreplaceable touch. –Connor Booth (Quiet Parade)

My favourite Christmas song is Silent Night, cause them harmonies. -Nolen Scott (Within Rust)

Have Yourself a Merry Little Christmas.  Apparently the original lyrics to this song were really depressing.  Maybe that’s why I love it so much.  It still has some heartbreak in it. –Erin Costelo

“The Christmas Song” – It’s one of the few that for me doesn’t over hype the jolliness of the season. It’s a bit melancholy sounding most times, yet still makes you feel warm. –Tafari Anthony

O Holy Night is one of my favourite songs. It’s such a massive tune. There are so many great Christmas songs to choose from, but I’m a sucker for the traditional ones. –Matt Campbell (Alert The Medic)

So tough. I Love me some classic Bing, but also have a soft spot for all the music in Charlie Brown Christmas. –Colin Buchanan (Paper Lions)

Anything by Michael Buble and that is no joke I love his music on Christmas haha. – Danny Miles (July Talk)

Have Yourself a Merry Little Christmas! –Coco Love Alcorn

My favourite Christmas song right now is this spectacular duet called “Child of the Poor.” It’s an alternate melody and is sung at the same time as “What Child Is This?” We are singing it this Christmas season in the choir I am in. –Julia Weir (Quiet Parade)

I have so many, but at this very moment, I am still pretty blown away by the Minor Key version of “All I want for Christmas is You’ by Chase Holfelder. I also absolutely love the old school Sobey’s commercial “Stars of Christmas”. I even cover this. https://www.youtube.com/watch?v=FRckzCCEBdQ – Adam Baxter

Huron Carol and this https://www.youtube.com/watch?v=o9Q9D59dNbk –Jon Landry (The Stanfields)

My music reached in high school once called me scrooge (because i wasn’t a big fan of any Christmas music. but i like anything bluesy. Run run rudolph, or please come home for Christmas. Something like that.-Jonathon Reid (Beauwater)

A Christmas To Remember by Kenny Rogers and Dolly Parton. –Marchildon

It’s a toss-up between The First Noel and Silent Night! –Shae Dupuy

Be sure to come back tomorrow to find out their favourite Christmas movies/ specials are!