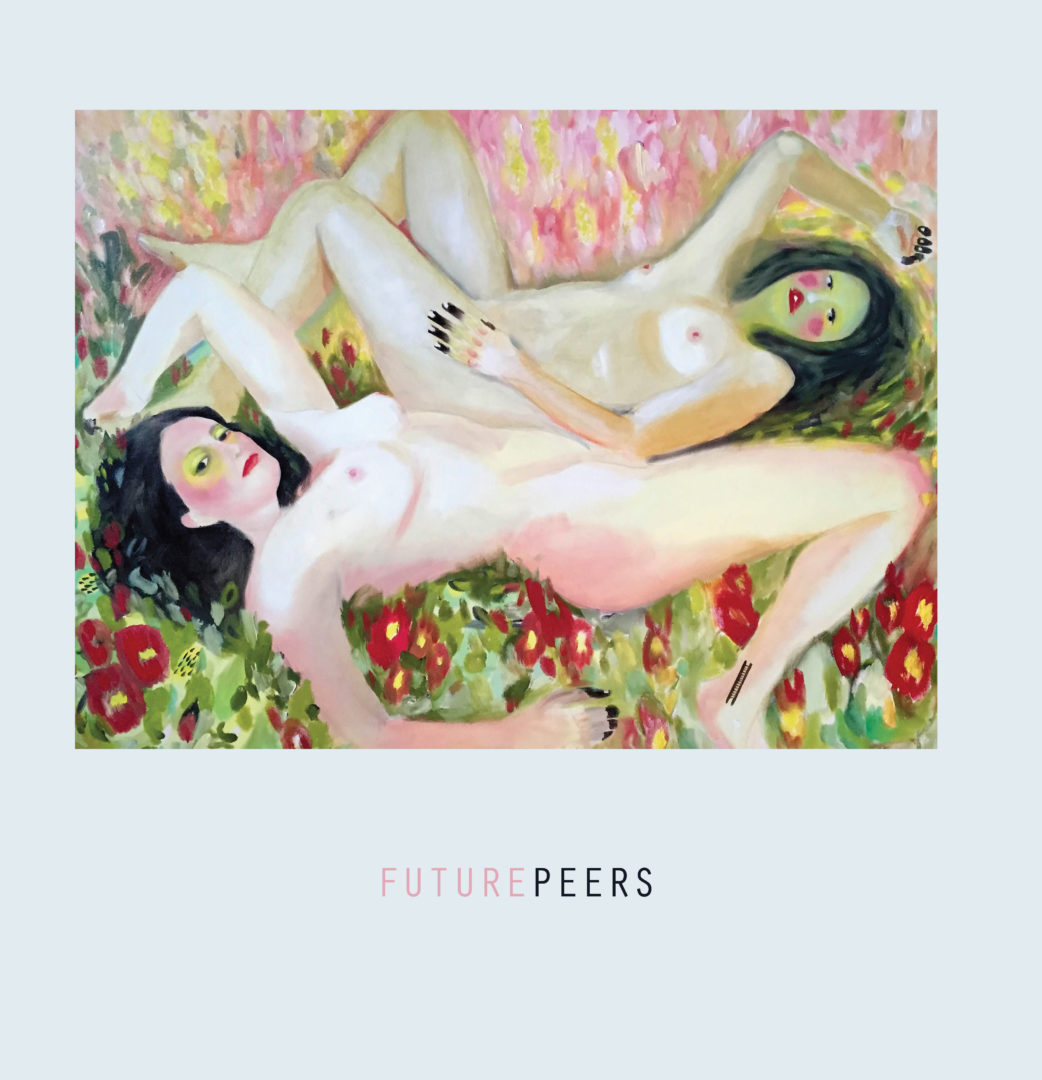 What stands out immediately is the production quality across S/T.  Vocals aside, the album is mostly- if not completely- comprised of electronic textures.  Even the vocals are often manipulated by various effects, as heard on the opening track, “Better Left Lost”, in which vocalist Luke Correia-Damude’s voice is given a unique tremolo effect.  Unlike many other artists who choose to utilise electronic sounds to such an extreme, Future PEERS does an excellent job of ensuring that this gels nicely together and still has a grooving pulse to it, rather than appearing cold, clinical, and calculated.  That being said, I would have liked to see the group further pursue the fusion of digital along with live instrumental to see where such experimentation would lead to.

Similarly, Future PEERS is able to capture a number of different emotions across S/T despite its extensive use of electronic textures, something that is no easy feat.  “For Friends” stands out the most in this regard for its haunting energy it builds through dissonance and intensity, while “Fuck Noises” recalls a more gritty and vintage vibe through Damude’s harrowing cries along with the use of snapping fingers and a shockingly melodic chorus playing as a significant contrast from the verse.  Furthermore, “Too Reserved” features a verse which one can unexpectedly headband to, again adding a new layer to the album.  All three of these songs serve as Future PEERS best tracks on S/T, as they take the listener away from the bouncy pop which the band could comfortably and easily stay in.  Rather, “Fuck Noises”, “Too Reserved”, and “For Friends” take very unique turns to deliver something exciting.  Ironically, Future PEERS’ use of electronic textures- certainly a strength on S/T– also serves to hinder parts of the album as many songs share similar vibes and textures that parts of the album start to blend together too much, making songs in between the aforementioned gems seem less memorable.

All in all, S/T is a very fun and interesting album.  Future PEERS are certainly one of the few up and coming electronic based pop bands in Toronto which you should watch out for and S/T is proof of that.  Despite its few flaws, S/T is an exciting take on modern pop which blends elements of indie rock and retro electronic driven dance pop to create a digital sensation which stands out among todays musical climate.