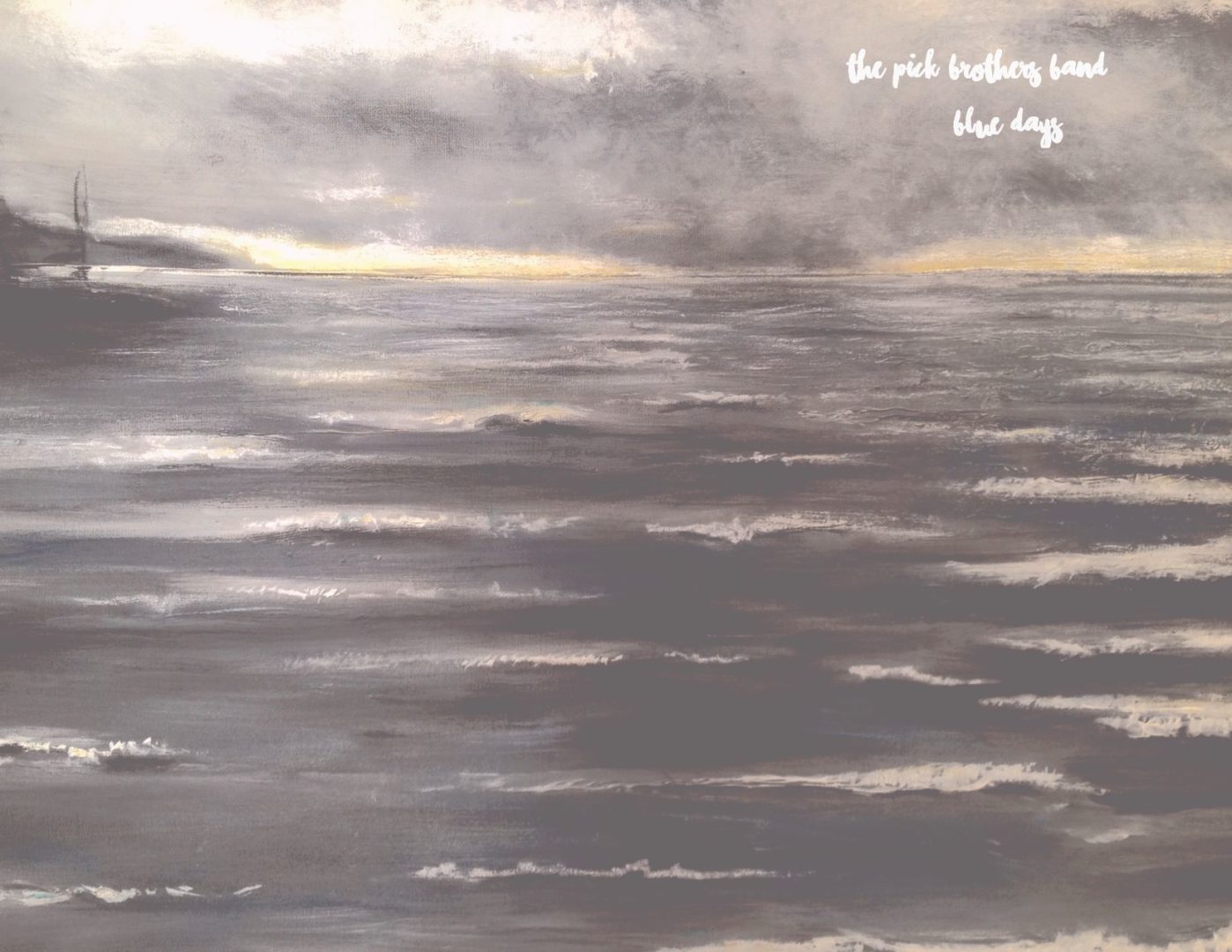 Toronto’s dynamic act, The Pick Brothers, have returned with their sophomore release, Blue Days. The self-produced EP, recorded at Toronto’s Phase One Studios, was mixed by Mark Makoway, who has worked with artists of the likes of Hey Rosetta, Great Big Sea, and Moist.

The opening track and lead single, “Blue”, starts soft but quickly grows into an explosive chorus full of lush vocal harmonies before diving in a rhythmic verse.  The songs guitar solo truly stands out for its use of effects, and to oversimplify it, pure noise to create a wave of powerful sound- very much in a manner similar to Tom Morello- which immediately turns heads.  “Blue”, without listening to the rest of Blue Days captures everything that I love about The Pick Brothers: their ability to take modern indie rock and infuse it with elements which are all too often absent- such as killer solos and tight grooves- takes their already excellent style of song writing and makes it that much more unique.

As the album continues, the songs continue to develop into unexpected ways showing signs of sophistication and maturity in the band’s ability to write and record music.  “Show You” incorporates funky rhythms and a grating but dark use of dissonance to keep the song floating between ska territory and that of an unreleased track from Jeff Buckley, while “Easy” sees another fusion between a very calming melody and indie rock sensibilities with a far more alternative rock guitar solo and outro for the song.  Much of this, on paper, sounds like it wouldn’t work, yet The Pick Brothers do it so seamlessly that it has become integral to their sound. Even their most conventional song, “Island Away” has the ability to captivate and excite the listener despite its normality when compared to others.

Blue Days is an amazing EP which takes one of Toronto’s most unique up and coming bands and pairs perfectly with their debut, Pink Lemonade.  In many ways, Blue Days serves as an extension to what their debut expressed and explored.  The only fault I could find with the record was its short length; the six songs across the album are amazing, but it will leave you wanting much more from a very exciting band.  For older fans, Blue Days will make you revisit Pink Lemonade while also extensively listening to this one, and for newer fans, Blue Days will captivate them with the album’s incredible recorded performance and song writing.  Blue Days is a must have album and can, without a doubt, be considered to be among the best up and coming releases of the year- and likely next year too.