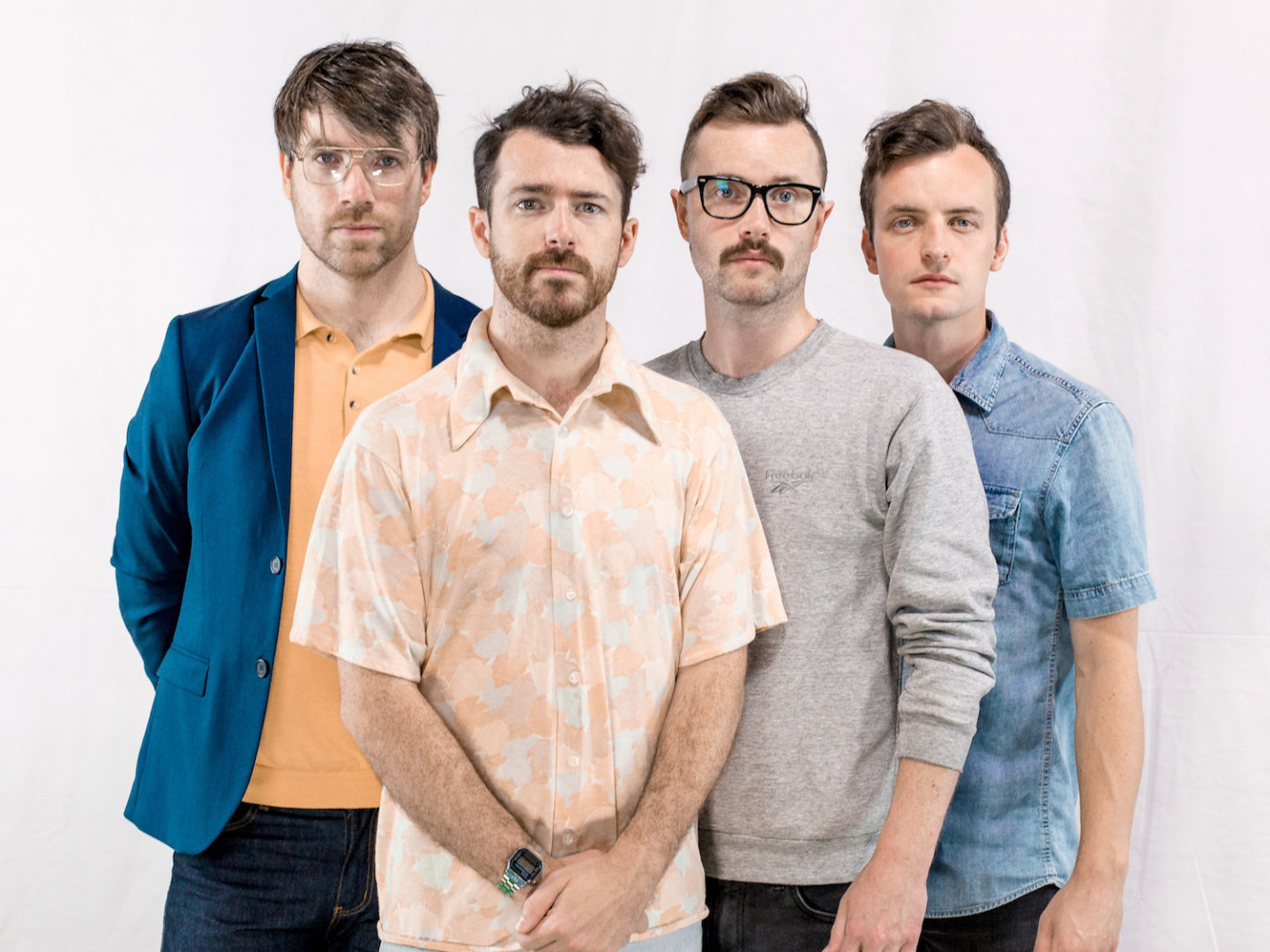 Paper Lions are a 4 piece indie rock band from Charlottetown, PEI. The band recently released a new album, Full Colour, and have spent some time on the road in support of the album. With 2016 winding down, I caught up with the band to talk about how Full Colour differs from their previous albums and what it’s like to be a band in a small place like PEI.

My name is Colin Buchanan and I play in the band Paper Lions. We are from a rural community on PEI but are now based in Charlottetown. We’ve been playing music together since we were kids.

Full Colour came out just a few months ago, what was the writing and recording process like for the album?

After releasing our previous album, My Friends (2013), we knew we wanted to tackle our next recording in a whole different way. Thats not because we were unhappy with how My Friends came out sounding, we just didn’t want to do another album in the typical way a band would write and record. One of the benefits we had when writing FC, was the luxury of time and recording space. For the last few years, i’ve been honing my chops as an Engineer and Producer, working out of The Hill Sound Studio in our home town of Charlottetown PEI. We kind of did away with our ‘jam space’ and just moved operations into the studio, where we wrote and build songs with pro tools and other studio tools, rather than jamming them out as a band. The result was super exciting for us. We were walking away from each day in the studio with a pretty solid sounding demo of an idea we wrote that day. This really streamlined the process creatively.

You created a playlist on Spotify of songs that inspired Full Colour which has a real 80s vibe to it. Was this the sound you were aiming for in the beginning or did it just naturally happen?

I don’t think we necessarily started writing an 80’s pop record, but it became pretty clear early on that that was a sound we really enjoyed creating in the studio. For us, some of the best pop music and pop production was happening in the 80’s and early 90’s. We grew up listening to the radio on PEI and so much of that music was formative for us.

Being from PEI where there doesn’t seem to be a huge music scene, did you find it hard to “break out” (for lack of a better term) into the rest of the country?

I don’t know. I think maybe it is harder to get noticed, just by sheer proximity to the industry at large. But we’ve found that basing ourselves as musicians on the East Coast allows us to pursue our passions in a way we couldn’t if we lived in a major city. Cost of living is so low, we are able to focus all of out attention to music and creative projects, rather than working ‘joe jobs’ to pay inflated rent in NYC or Toronto.

You recently finished up a tour in support of Full Colour which brought you across Western and Central Canada and PEI and now you’ve got a show lined up for January 6th in St. John’s, NL. Why did you decide to come to St. John’s, where it’s so much more expensive to get to, rather then somewhere else on the east coast like Halifax?

We often let convenience and expense dictate where we go or more often, where we don’t go. We’ve been a band for 10 years and have only gone to NFLD once! We are trying to break away from that line of thinking and want to go to places that are often over looked. We are from PEI, so we know how it feels.

I have a dream list of Producers and Mixers, but thats mostly just nerdy stuff. As far as other artist, i’ve always thought it would be fun to somehow work with Weird Al. We have a goofy side to our band and I think it would be a pretty good match.

Well, there are always the Classics…(Neil Young, The Hip, Joni…) but since we are approaching the end of the year, some of my fave Canadian Albums to come out there year are: Andy Shauf, Basia Bulat, Carly Rae Jepsen