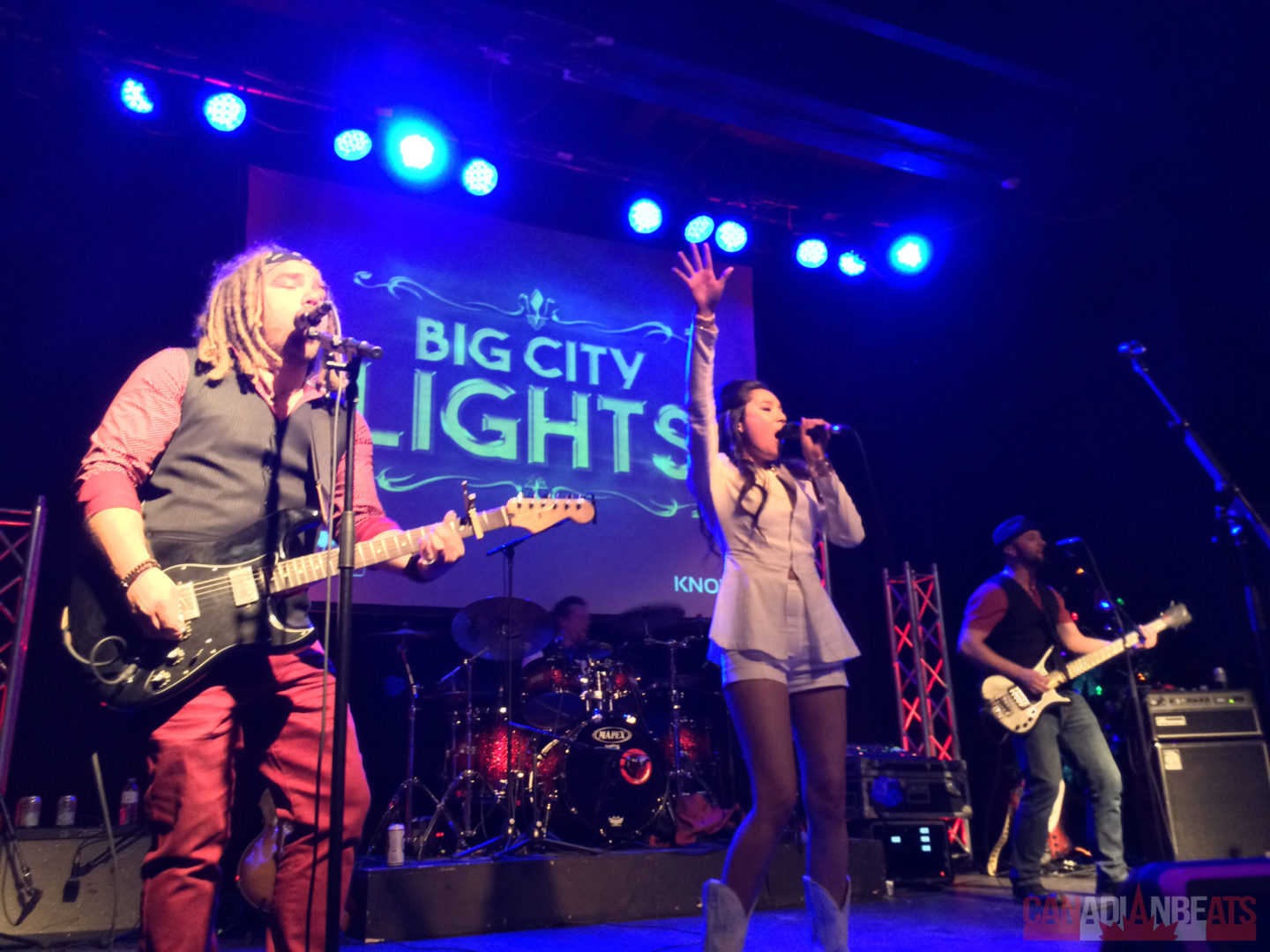 The subtle whisper of a fog machine, coupled with the dark room was the final touch in crafting the perfect stage for Big City Lights to open. The sweet solo of the lead guitarist Keith Dream complimented the ethereal dreamscape. He in turn was silhouetted against the band’s logo on the backdrop, creating a delicious level of anticipation.

At the end of his melody, the lights came up revealing the entire band that launched into a high-energy performance. With such up beat, good-natured, and downright fun country songs, it was easy to lose track of time. Through the night, the band treated an ardent and invigorated crowd to two new unreleased songs, “Potential” and “Alone With You” which were both met with enthusiasm.  Both songs will appear on their eagerly awaited debut album launching in 2017.

Justin and Lauren often left their instruments to focus on vocals and kept the intensity going! Both Keith and Johnny entertained the crowds with moves that one would expect at a rock concert. All the while, Kevin held the band in sync and made his presence known with a thundering drum line that was not to be ignored.  Big City Lights offers a performance that isn’t limited to song, but rather encompasses the entire stage. Their genuine interactions with the audience were fun and heartfelt.

Big City Lights commanded the stage with a veteran presence through the night. The crowd demanded an encore and was rewarded with a flawless rendition of  “The Chain” by Fleetwood Mac. 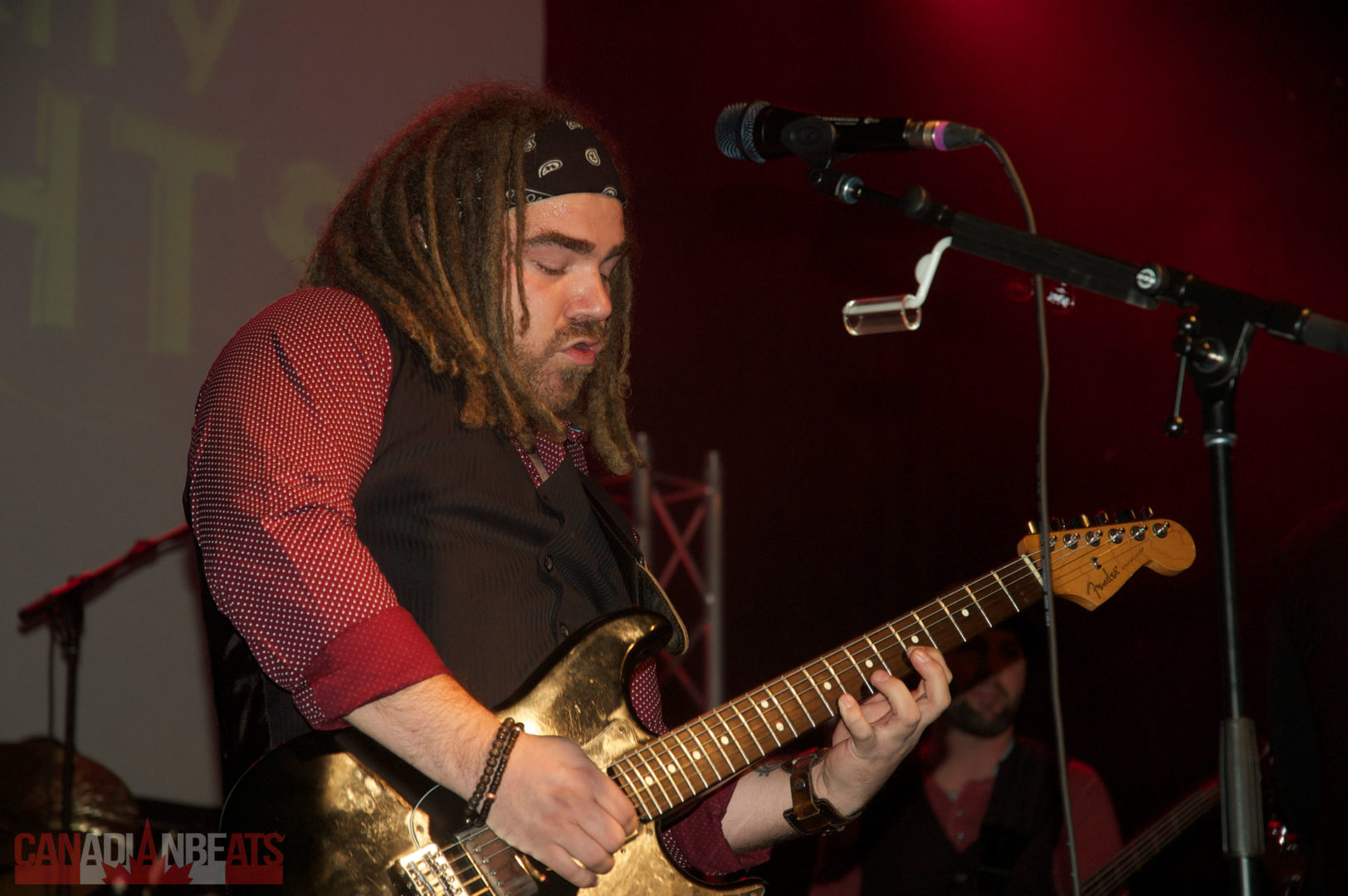 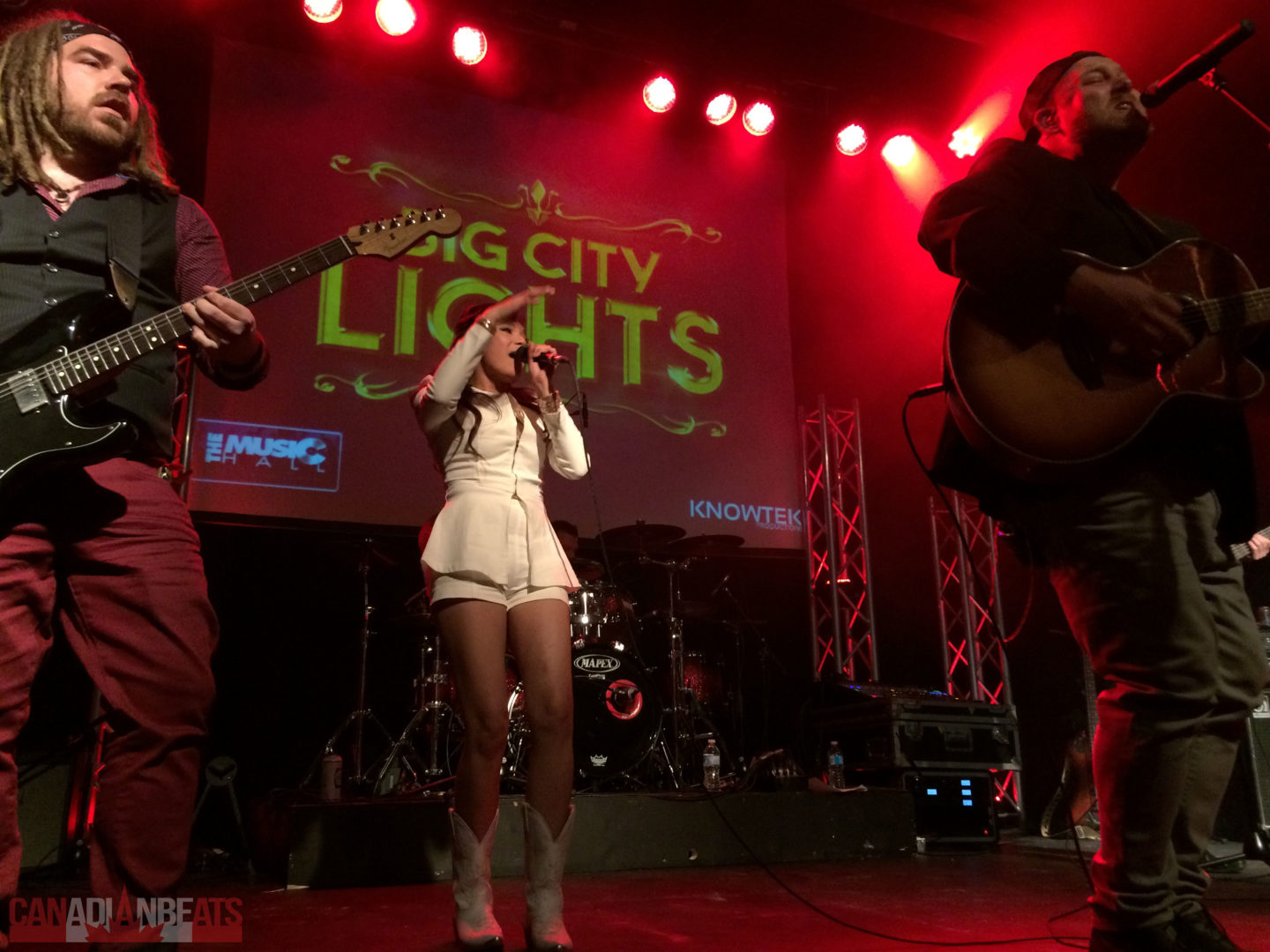 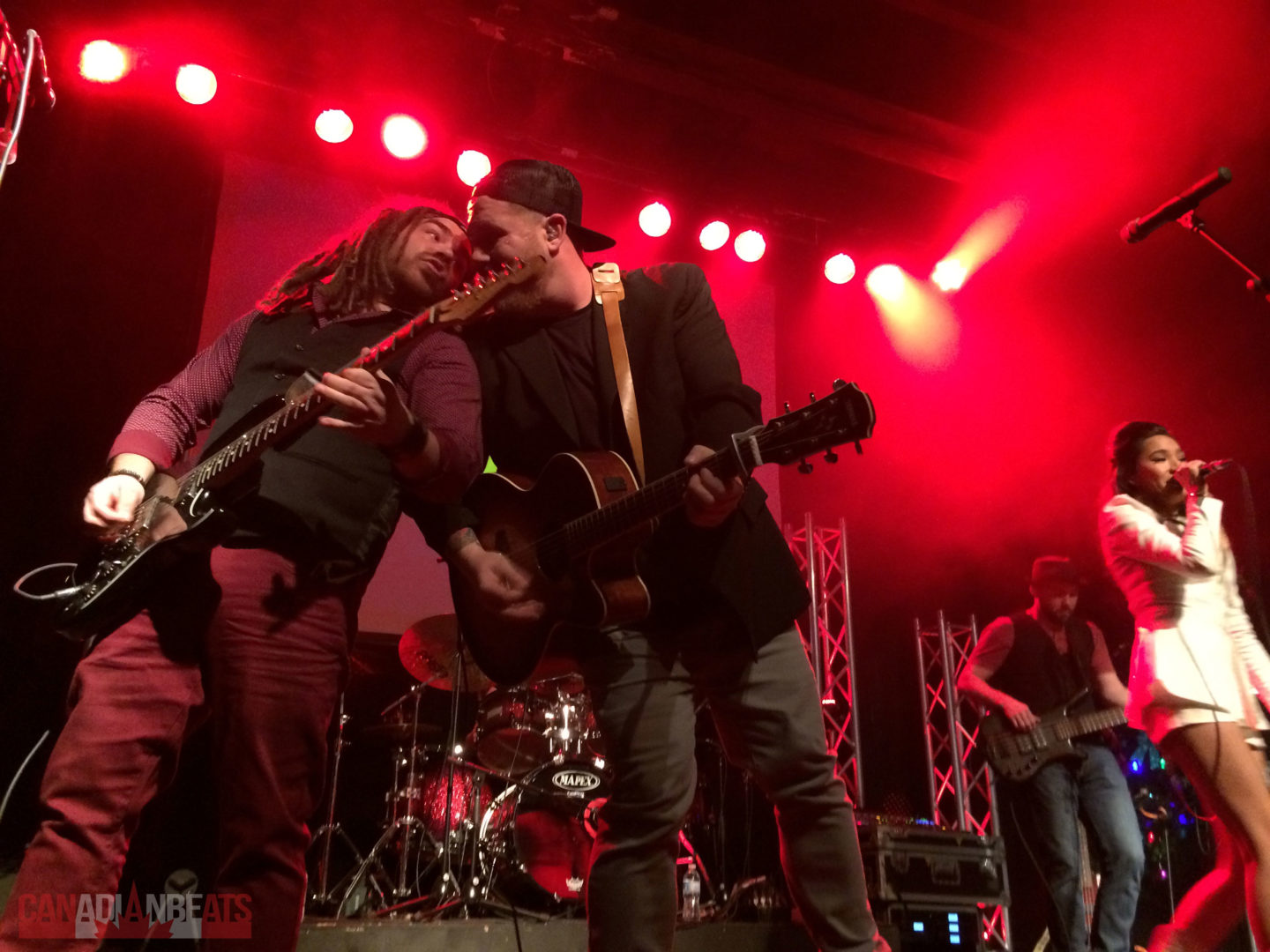 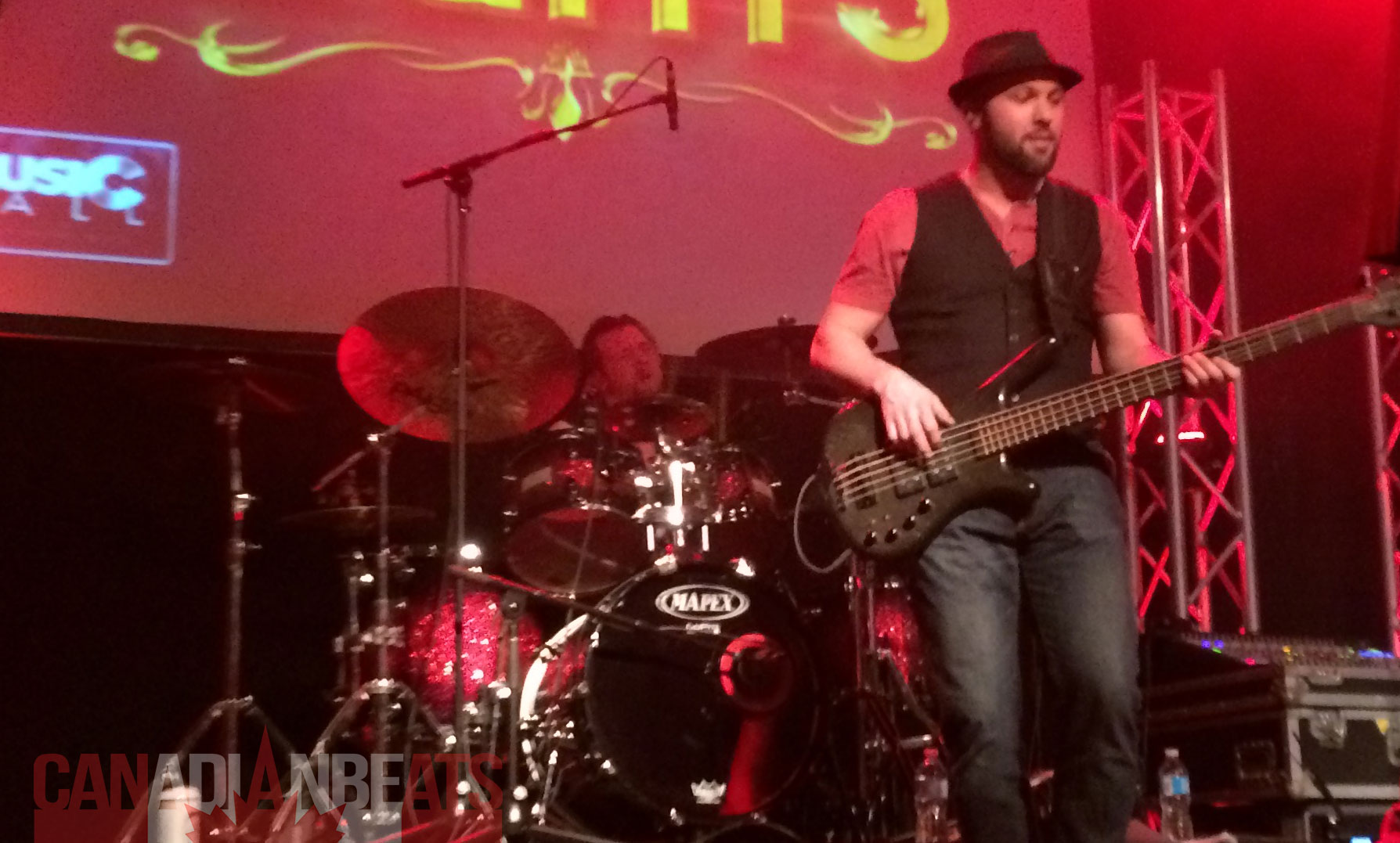 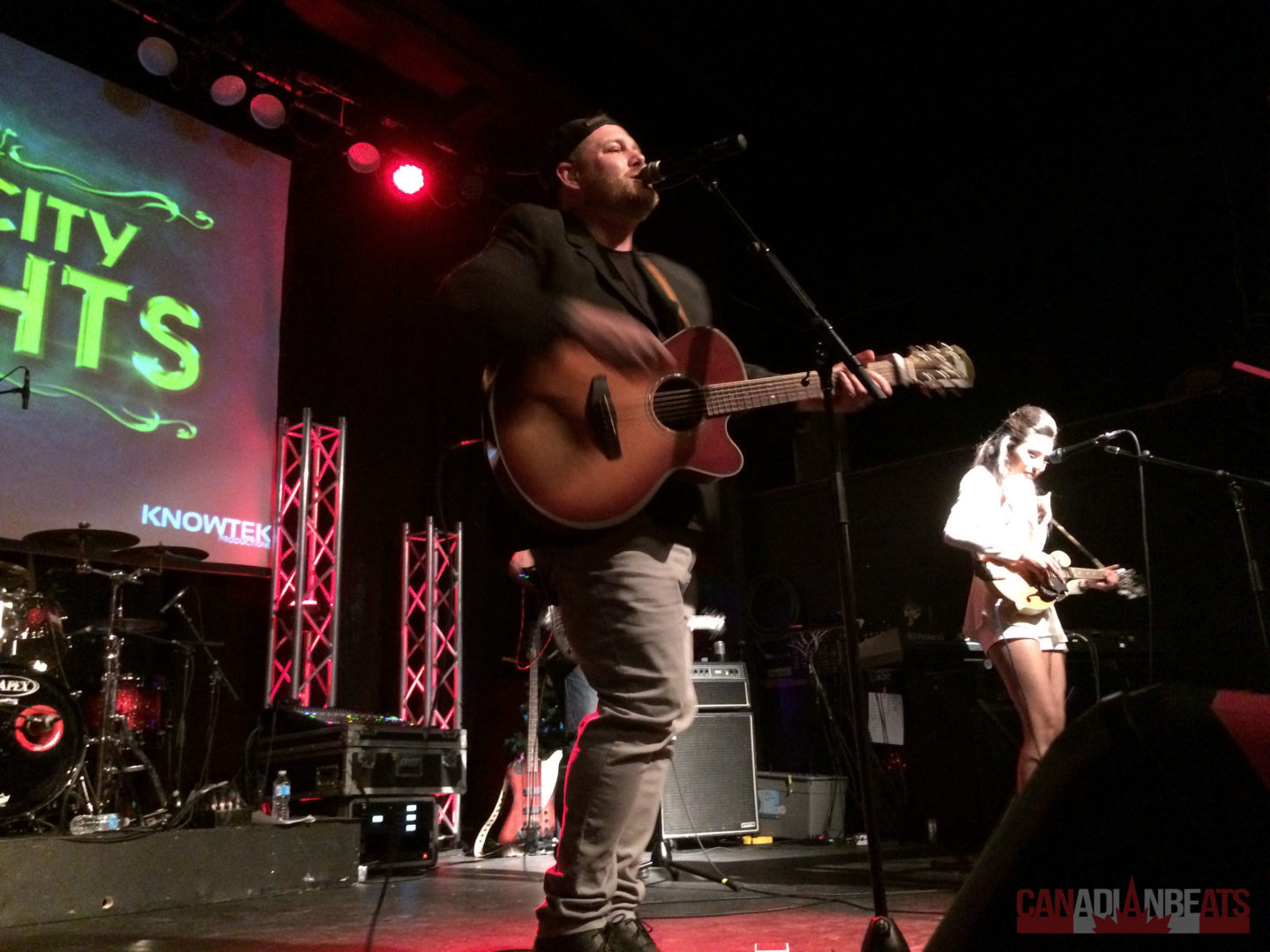 Erica grew up in Peterborough, Ontario, where talented local musicians have always surrounded her, nurturing her passion for music. A musician herself, her love of multi-genres, live shows and the amazing plethora of Canadian talent have kept her continuously seeking out new acts to fall in love with. A frequent observer at open-mic nights everywhere, Erica can be found taking in local, regional and international acts at least weekly. Having started out with Canadian Beats as a video editor for Nicole Wolfe, she has finally emerged from her video-editing cave to dive into being a writer on her own as well!