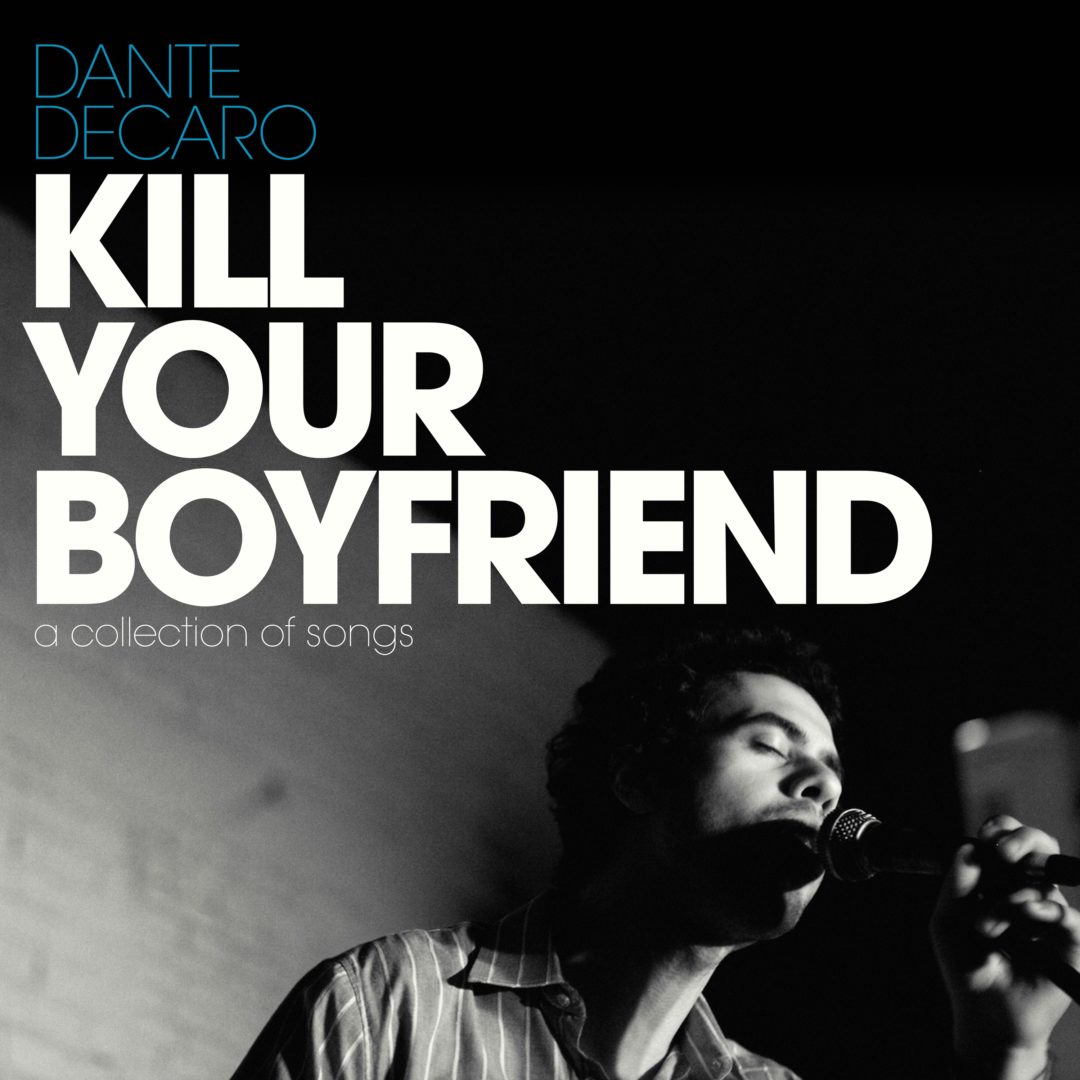 When one is on the road playing a reunion tour with the much beloved Wolf Parade, is the lead singer of Johnny and the Moon, and is a founding member of Western Canadian sensation Hot Hot Heat, what is there time to do?  Release a solo ep, obviously.

Kill Your Boyfriend opens with “Love Like Thieves” a folk rock strummed guitar with confident shaky vocals, gentle in delivery and sounds slightly out of range, like a less nasal Gordon Gano.  The intro is the less angst-filled, mild-mannered version of the classic Violent Femmes “Mother of a Girl”.  Here the lovers are cautiously pursuing their love, not an emotional stand-off of a disgruntled lover, spouting his disdain on a heavily beaten acoustic bass guitar.  A keyboard flourish interrupts the drummer’s count-off, a quick juxtaposition of acoustic instruments and electronic sounds.  The “woah” vocal line will keep audiences across Canada impromptu harmonizing along.

“On the Loose” is Gordon Gano’s younger brother writing his version of David Bowie’s “Heroes” but ends up writing a break-up song instead.  The articulated violin string synth sound is Vangelis producing a Beatles tune, with a warm modern alt. pop bass sound.  Vocally there is some great phrasing, a combination of well-structured lines with a raw delivery.  The electric guitar solo is an on point Femmes/Bowie blend with dreamy Grapes of Wrath keyboards, a spontaneous jam during a late night recording session where all three bands just happen to be pulling a red eye in the same recording studio.

“Rwanda” is “I Just Cant Get Enough” written by Bruce Springsteen and performed by AlphaCub.  Clear, driving rhythms with an array of peppy keyboard sounds, a great open road driving song for the anime fan in all of us.  “Johnny it’s all over at the show tonight / it’s all over at the show and they’re making us go / and I’m leaving” smacks of open road longing and emotional bondage, misunderstood tramps looking for a road to run across.

“Rachel” opens with confident sleigh bells having listeners expect “Happy Xmas (The War is Over)” but it quickly shifts into a jangly vocal, heart felt Tragically Hip playing with Lou Reed song of love and devotion.  The vocal delivery is consistently cool through the album, a laid back, gentle tone and calm delivery.  The melodies sway and swagger, never fearing to change in length or adding clever vocal inflections and range testing.

The title track, “Kill Your Boyfriend”, closes the album with the most organic opening, acoustic guitar and vocals where the room sound can be heard, the ambience of open air and a well-placed mic.   The synth effect even sounds live, as though played an amp and picked up on the room mic. There is persistency to this one, a sharper edge, a touch of Montreal’s ef and an irritated Don McLean.  A tough closer for an otherwise gentle album, DeCaro creating some emotional dissonance to leave listeners a little shaken, but definitely interested, in forthcoming recordings.

Don Decaro’s Kill Your Boyfriend is a cool mix of relaxed, emotional, at times edgy alt. folk rock with thick keyboard lines and an array of varying elements.  Something new for the something blue crowd.

My not-so-secret identity teaches elementary music during the day, while writing reviews, watching shows, and creating music at night.  Here are comments made written by real grade 5 and grade 8 students after listening to parts, or all, of Kill Your Boyfriend:

‘It started off with a certain heartbeat of a song like water in a desert with someone walking towards you.”

“The opening song was very groovy and the singing was sweetly sung with some booming drums.”

“This album was very cool and vintage sounding with a heavy, yet warm, background.”

“This music reminded me of me losing my parrot.  :(“