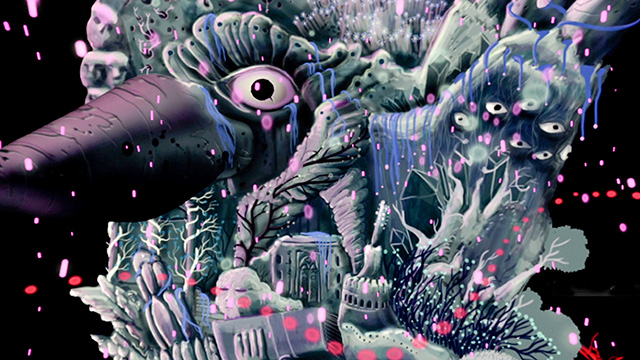 The third & final video in Ronley Teper‘s new video trilogy has been released. “Lucky and Finnegan” which is based on a live recorded song is a surreal short animated film which narrates the adventure of mystical creatures racing toward a new world of self-discovery within a shamanic experience. The video for “Lucky and Finnegan” is a mixed media animation created by Davide Di Saro.

Share this:
Related ItemsAnimatedAuteur ResearchDavide Di SaroLucky & FinneganRonley TeperToronto ON
← Previous Story The Kents release music video for “Something About Her”
Next Story → New video released by Dan Davidson