A Tribe Called red release video for “The Virus” 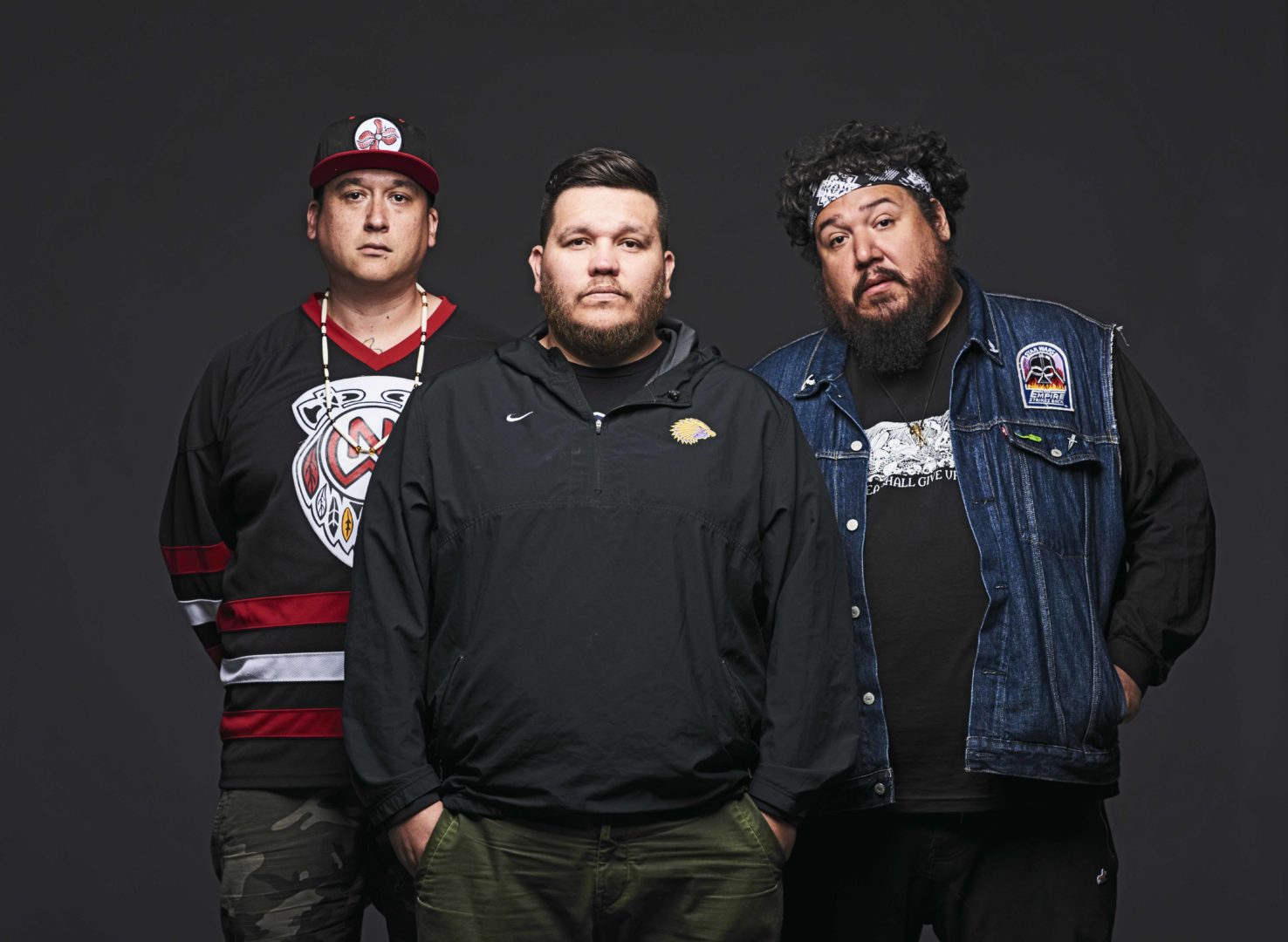 A Tribe Called Red has released the music video for The Virus – the next single off their third album, We Are The Halluci Nation (Pirates Blend). Featuring activist/poet/rapper, Saul Willams, and First Nations drum group, Chippewa Travellers, the track is a defiant celebration of indigenous and oppressed cultures. The science fiction video (created with support from DAIS, Pirates Blend Records, and MuchFACT, a division of Bell Media Inc.), is set in 2047 on “Turtle Island”.  Produced for the Halluci Nation by DAIS and Mad Ruk, the video was directed by Tunkasila, and written by Sol Guy, Ezra Miller, and Tribe’s own Bear Witness.

The Virus is available to stream now on Spotify, along with remixes by Afro-Western production duo, The Very Best, and Mexico’s Tribal Guarachero pioneer, Alan Rosales. Since 2008, Anglo-Malawi collective, The Very Best, has been spreading infectious afro-pop throughout the world. They have found great success through collaborating with M.I.A., touring with Mumford & Sons, and more. The second remix, by Latin-American tribal producer, Alan Rosales, is the Mexican counterpart to ATCR, with his electronic revision of traditional Aztec music.

We are the seventh generation. We are the protectors of this land, the protectors of water. We are not a conquered people. We will issue no warning. It will come thinly veiled or not veiled at all. The drum will beat. And you will hear it. There is no question.” – Saul Williams