Home / Promos / Music video for “Ready To Roll” released by The Wild!

Music video for “Ready To Roll” released by The Wild! 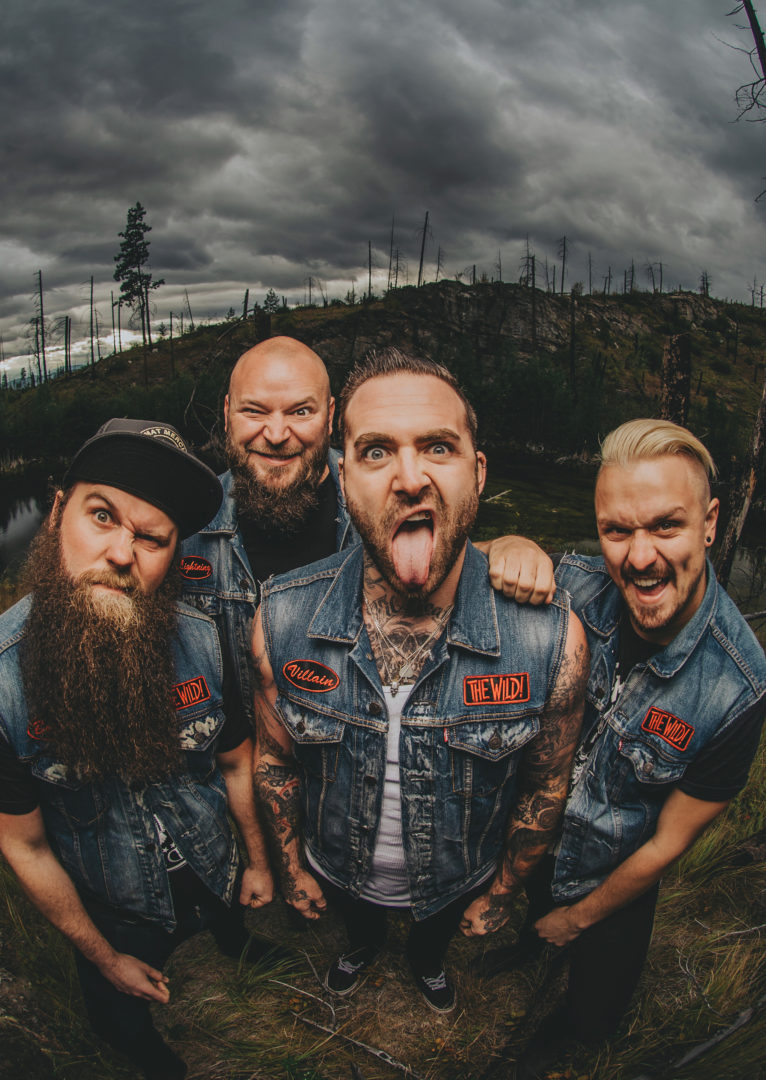 Canadian rockers, The Wild!, have debuted a brand new music video for their recently released track, Ready To Roll.

“When we made our first video, it was over the top & really turned a lot of heads,” says frontman Dylan Villain. “So we knew when we were making this one, we had to really step it up.” The video was filmed in Okanagan, Canada near the band’s home town of Kelowna, BC by longtime video director, Stuey Kubrick. “From lighting guitars on fire, jumping off cliffs, guns, random explosions, excessive pyro, playing our instruments on top of a moving RV while ripping down a desert highway & then actually blowing up that RV with explosives…I’d say we did alright.”

The Wild! will release Wild At Heart on February 17, 2017 via Entertainment One (eOne). The album is now available for pre-order via iTunes. Villain adds, “This record is a big one for me. All of us, man. I really had to go through some shit to get things right on this one. I can honestly sit here today & tell you that we made the best record we possibly could. I’m proud as hell of it and I can’t wait for all of you to hear it. It’s everything I wanted it to be.” The tracklist and artwork is also available below.

Produced by Mike Fraser (AC/DC, Metallica, Airbourne, Aerosmith) at Armoury Studios in Vancouver, Wild At Heart will serve as the follow-up to their debut EP GxDxWxB, which stands for “God Damn Wild Boys,” that was released in 2015. Wild At Heart will be their first full-length for Entertainment One (eOne).

On vocals/lead guitar, Dylan Villain embodies all of the reckless abandon and good-natured devilish charm that could only be born in a very small backwoods community. Counterbalancing Villain’s snakebite rasp is bassist/vocalist Boozus. Beer drinkin’, beard havin’, fly-fishin’ are his favorite past times.

Kickin’ ass and keeping time is drummer, Reese Lightning. A beast with beats and everyone’s favourite asshole. You’ll love him! Rounding out The Wild!’s lineup is “The Kid” on rhythm guitar and backing vocals. Young blood and zero fucks given. What The Kid lacks in age, he makes up in attitude and swagger.

“I feel like for every thousand bands that are out there right now you’ll get maybe ten that believe the things they’re singing about, which is the most important thing to me in any genre,” says Villain. “I don’t give a shit what kind of music you play. If you care about it then really give yourself to that moment. Our fans aren’t stupid and I feel that they’re hungry for things that aren’t so disposable.”

The Wild! just wrapped up supporting tours with both Airbourne, Sebastian Bach and Buckcherry, and will be announcing more tour dates soon.

Full listings will be added to The Wild!’s website.