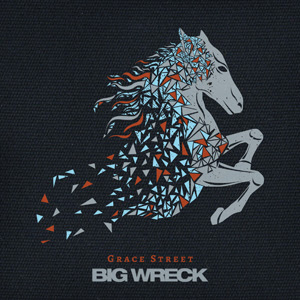 Platinum-selling Canadian rock icons, Big Wreck have announced the release of their 5th full length studio album, Grace Street (ole/Warner Music Canada/Rounder Records) available everywhere on February 3, 2017.  The video for the album’s first single, “One Good Piece of Me” is also now available on the band’s YouTube channel.  It was directed by Nikki Ormerod and made its official broadcast premiere on November 21st on Entertainment Tonight Canada.

Big Wreck promises that Grace Street is a trip that no Big Wreck fan has ever been on before.  Lead singer Ian Thornley describes the sonic evolution of this new album over its predecessors, “Musically, I’m still searching for the stuff that turns me on and takes me somewhere.  You want to be brought to tears or have the hair on your neck stand up, and if the search for that takes you to new territory then so be it. You have to follow. It’s like chasing a high”.

The band has also announced the details of their 2017 35-city North American headline tour that will kick of January 25th in Nanaimo, BC before wrapping up in Federicton.  Ascot Royals will tour with the band as direct support, and many local bands will join in as openers in select cities, such as Barrie band From The Ruins, when the tour makes a stop there on February 24th at Mavricks Music Hall.  Tickets went on sale on November 25th.  For a complete list of dates and details on how to purchase tickets, including VIP tickets, check out Big Wreck’s website.