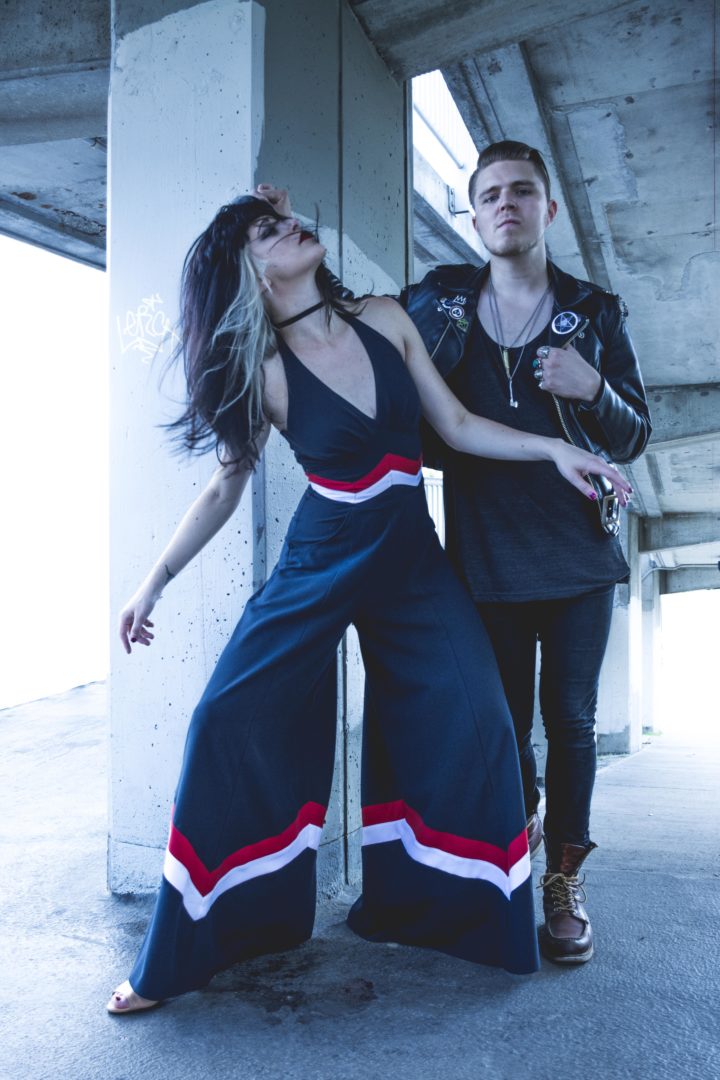 Alt-rockers, The Balconies, have had a banner season already with the release of their epic new album, Rhonda, and have kicked off their fall tour that will take them across the country through November and December. Now, with their adopted-hometown Toronto show set to hit the stage at Lee’s Palace tonight, the group is excited to share the next piece of Rhonda – a stunning music video for the title track. Watch the story unfold here.

“Finding balance is a challenge for everyone,” says frontwoman, Jacquie Neville. “How do we find time to be social, creative, alone and reflective, and also find time to make a living? As musicians, it’s difficult to find a balance between doing what you really want, and what you need to in order to survive.  We consider it very important to do things that fuel our passion, and inspire and empower us. RHONDA, our heroine, struggles to achieve equilibrium in her life: she wants to reject working a traditional job, but fears of uncertainty, and her insecurities, hold her back.”

She continues, “To us, ‘Rhonda don’t be late’ means that she’s always running behind because her heart just isn’t in the life she’s living. Rhonda negotiates with herself while trying to find the courage to break away from her stale existence, and the male voices you hear represent the counterargument that dash her dreams and try to bring her back to reality. She feels suffocated in the life she lives, and in the dream world, she’s finally free to explore.”

The group teamed up again with director, Sasha Avramov, who had helped create the first two videos for Warand Money Money, and again worked closely with friends and artists they admire, professing that they have built a creative family over the past two years, including Creative Director, Daniela Navas, who does all of their photography and graphic/creative design, and Daniela Jaramillo, a Toronto-based visual artist who created the wire crown that the villain wears in all of the videos.

The Balconies – Jacquie Neville and Liam Jaeger – formed in 2008 in Ottawa. Their undeniably kinetic performance style, meshing diverse influences like Yeah Yeah Yeahs, Duran Duran, and New Order, has seen the band on stages across Canada, the US, and Europe. After maintaining a tireless international touring schedule, they took a break to work on the new material that would form Rhonda. The album explores a myriad of musical and thematic material about its fictional heroine title character. A story of hope, self-discovery, and the struggle for authenticity in a saturated world will resonate with both music fans and artists alike. Their live show is truly a force to be reckoned with. With mesmerizing stage presence, incredible musicianship, and powerhouse vocals from Neville, the group’s live show is truly a force to be reckoned with and transports the audience into the world of Rhonda.
Get the album here and don’t miss the band’s captivating live show this fall!