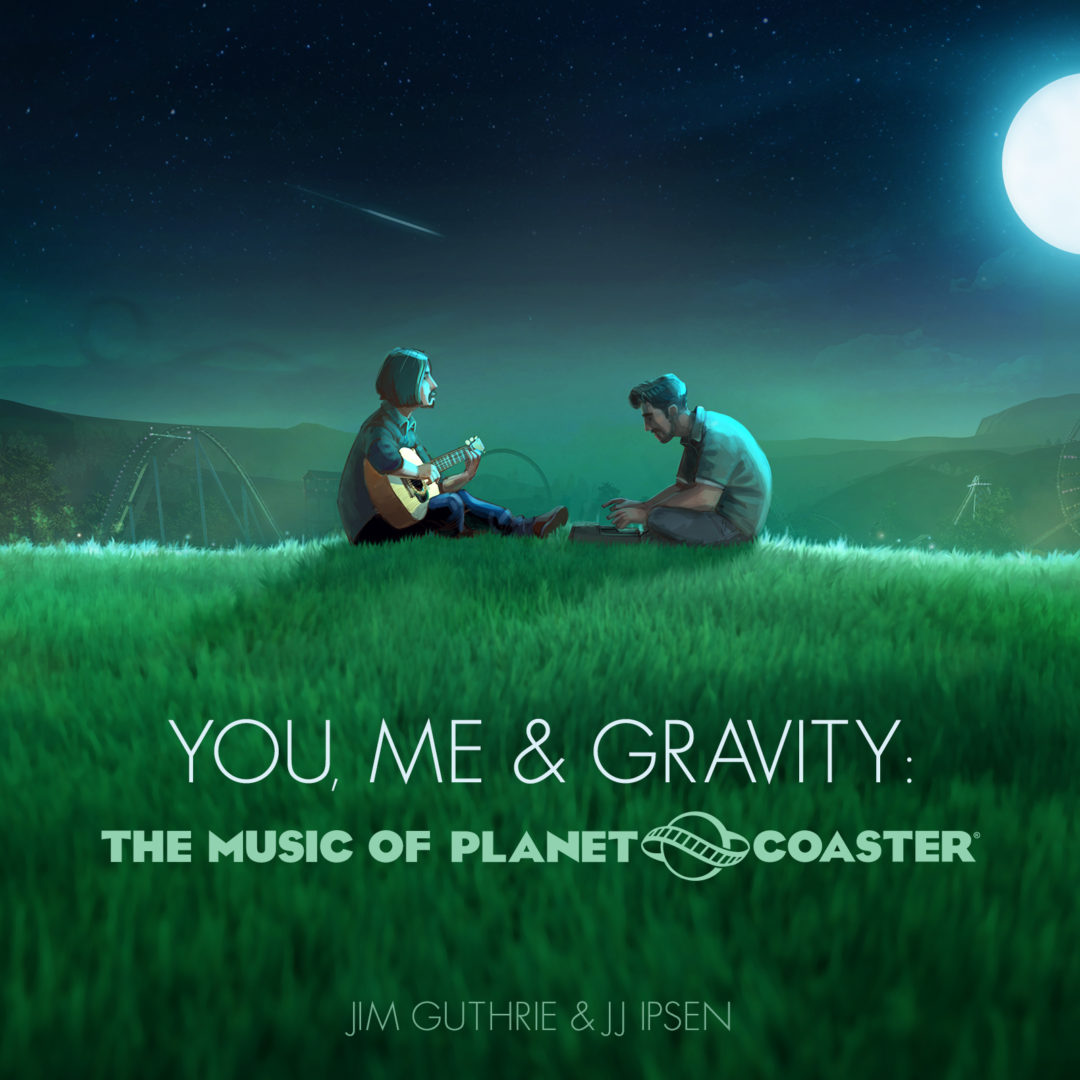 Guelph, Ontario singer songwriter, Jim Guthrie, has teamed up with Vancouver indie rocker, JJ Ipsen to create You, Me & Gravity: The Music Of Planet Coaster.  The album is actually the soundtrack for Frontier Developments’ upcoming game, Planet Coaster, a game in which players can create and share their own amusement parks.

Without the ability to listen to You, Me & Gravity: The Music Of Planet Coaster along with the visuals or the gaming experience of Planet Coasters, it is difficult to judge the soundtracks ability to act as a companion to the game.  That being said, however, the album does a great job of conveying the calming nature of the music often found in the background of such simulation style games of the likes of Minecraft and Rollercoaster Tycoon.  The duo’s use of major keys and soothing instrumentation is perfect for creating an atmospheric background to add sensory layers to a visual experience.  It’s very nature of low intensity and structures which slowly build upon what has already been establishes encourages the focus of the player to be directed at the game, while also giving a pleasant backdrop of acoustic guitars, gentle percussion, arranged strings and soft horns to better allow for one to indulge a few hours or more of their day into Planet Coaster.

Despite this, however, You, Me & Gravity: The Music Of Planet Coaster does not make for an exciting listen to without any form of visual stimulation.  As I mentioned, it’s nature is to create a soothing and low intensity atmosphere that will appeal to nearly all of Planet Coaster’s audience to further perpetuate their enjoyment and participation in the game.  As a purely musical experience, the songs are well constructed and serve their purpose, but in being so well suited as the soundtrack of the game, it has become a very slow album to listen to; one in which songs blend together, share such a similar vibe, and ultimately are often undistinguishable from one another.  While this sounds like a complaint, it further allows for the album to succeed at its role as a soundtrack as this creates an effect where it becomes difficult to keep track of time, further allowing for players to become fully immersed.

Jim Guthrie and JJ Ipsen’s You, Me & Gravity: The Music Of Planet Coaster is an excellent soundtrack, one which creates an atmosphere for players to jump right into the virtual world of its visual counterpart.  Its own success in it’s designed field unfortunately does not allow for it to be nearly as great of an album.  While I am curious to see how the music adds to the world of Planet Coaster, I am certain that You, Me & Gravity: The Music Of Planet Coaster will be among the game’s highlights!