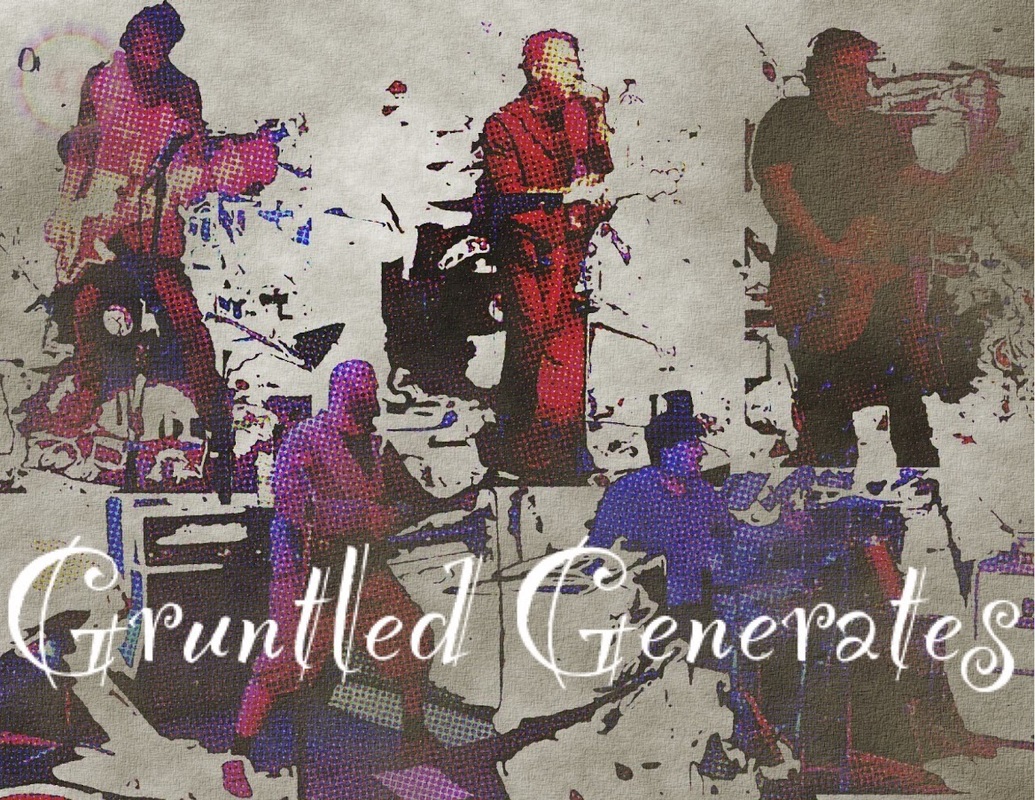 I had the chance to ask Barrie, ON based indie rock band, Gruntled Generates a series of questions about their background, music and more!

Hi, we’re Gruntled Generates and we’re sitting at our jam spot, about to get loud. Thanks for the interview.

How did you meet and form Gruntled Generates?

We met at a Kim Mitchell Tribute Band show in 1994. We were like five years old and Jed (guitar) still has the shirt.

You have recorded a 3-song EP, what can you tell us about the writing process on that?

Awkward, like the first time always is, but eventually you smooth it out everyone walked away feeling sort of OK. We giggled because we knew the next one is going to be much much less more awkward.

When can fans expect a full length album?

It’s in the in the pipes. It’s worth the drive to Acton.

December 2 at the Foxx Lounge in Barrie. We’re playing with Ian Blurton’s band. Ian is a stalwart Torontonian from the Cowboy Junkies.

If someone has yet to see you perform live, what can they expect from a Gruntled Generates show?

It’s loud. There is a lot of jumping around. Did we mention it’s loud?

We live by the mantra: Monday, Tuesday, Wednesday, Hyundai; Everyday you can save at Baytown Hyundai.

The Gruntled Generates are on our radar right now. Check them out if you get the chance.

Corey’s (guitar) first was Paranoid by Black Sabbath. Jed (guitar) was Black Sabbath my Black Sabbath. Mark (vocals) was Elvis’s Gold Hits from the record store that burned down downtown Barrie. Steve (drums) was Mad World by Tom Cochrane. Dave (bass) is not here for the interview so his choice is Wham!

What was the last show you attended, as a fan?

The last one a bunch of us went to was Brand New at the Sound Academy. Great show.

These Hands by Jewel. Hits us right in the feels-berries.

Constant intermittent night fights. Or that our go-to song is by Jewel. Gotta keep people guessing.

We don’t have anything for sale (yet) but that’s cool because our moms already have our cds. Come out to our next show and let’s do some shots together. It’s become sorta a pre-show routine for us. Dave is not here, but he would like to tell you that he’s at a wedding and having a wonderful time.