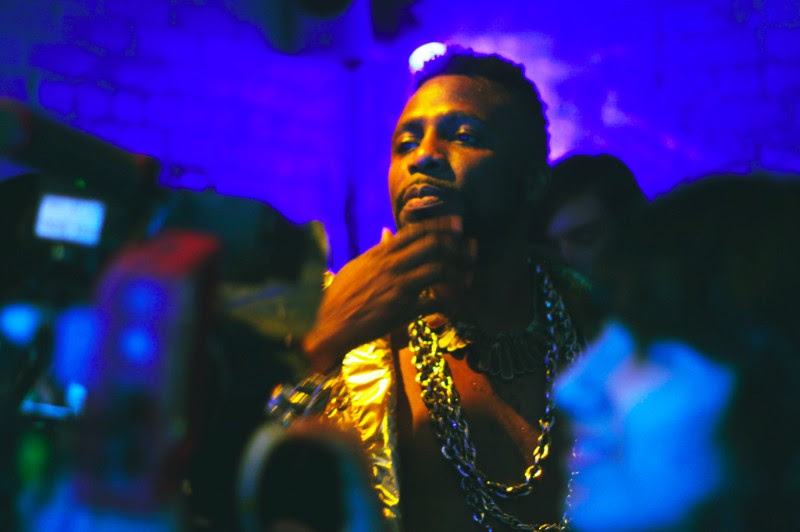 Toronto R&B/Hip-Hop artist, filmmaker and author John Orpheus has released a new clip for “LEANIN”, the focus track from his mixtape Goldchain Hennessey, now available through Little Noise Records or at www.johnorpheus.com.

“LEANIN” is directed by Dylan Mitro, whose credits also include The Zolas’ “Swooner” video. The dreamy, slo-mo “LEANIN” perfectly reflects the song’s intoxicating vibe of luxury mixed with longing.

Goldchain Hennessey is an expression of life, love, and music in the wake of a house fire that claimed most of John Orpheus’s personal belongings. Over its nine tracks, his Trinidadian heritage seamlessly emerges through stories of his summer “free of stuff” and hanging with his #GCH (aka Goldchain Henny) crew of budding young Hip-Hop and R&B stars, including Aron the Alien, Jane Doe Smith, and Kendal Thompson.

Woven together by a series of voicemails left for producer Mike Schlosser, the mixtape is an eclectic journey through hiphop, soul, and yes, Hennessy. From the searing “GULSHAN” to the crew-anthem “LEANIN,” Orpheus fashions an intricate lyrical web supported by just enough friends to make it feel like a party. So grab a few gold chains and a strong cognac and drop the needle on a soon-to-be-classic.