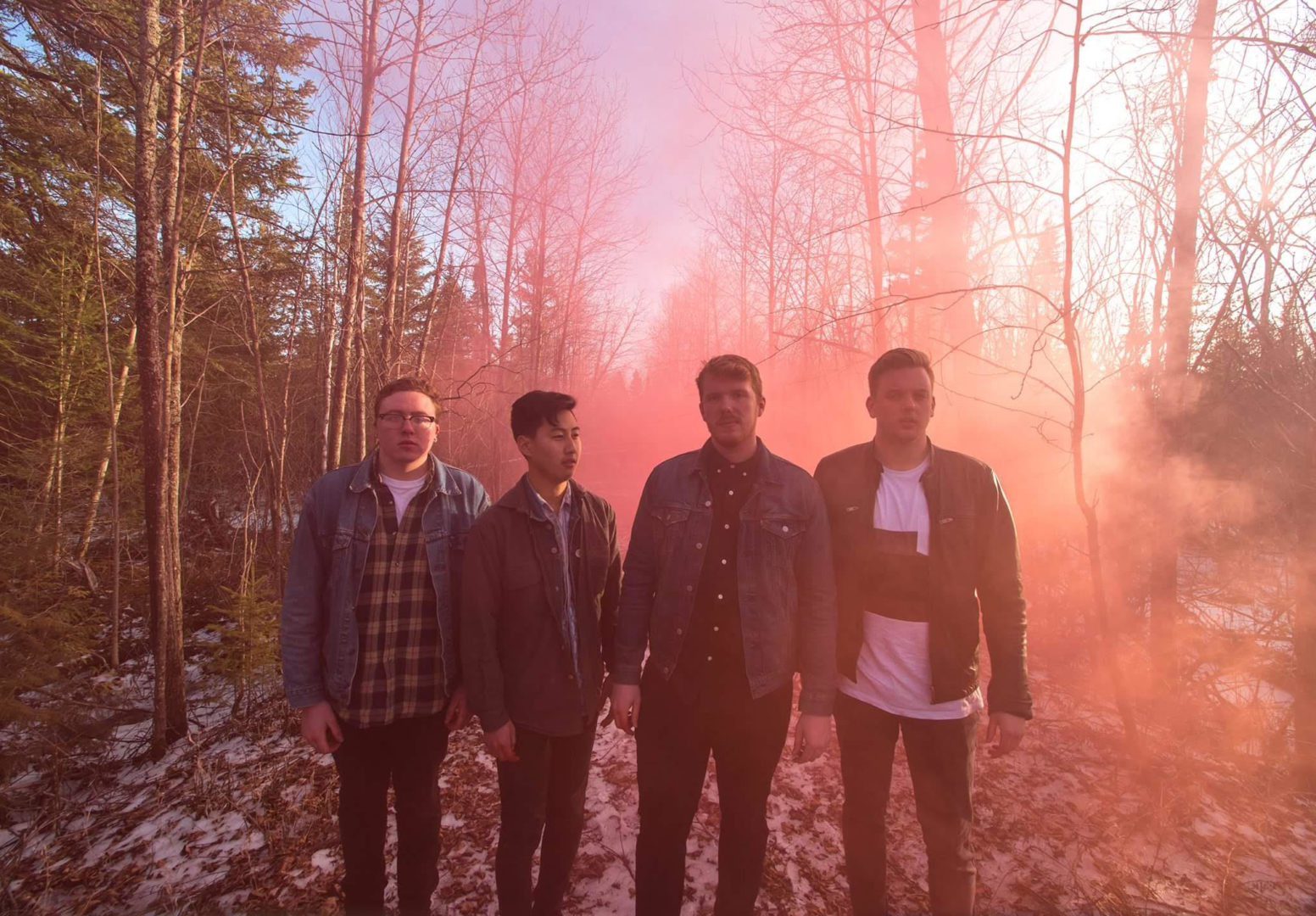 I recently had the chance to ask Lindsay, ON based band, The Kents a series of questions about their EP, upcoming video & tour dates. If you’re in Toronto on November 11, I recommend you head to Adelaide Hall to check them out along with Nursery & The Elwins! See info here!

Hey everyone! My name is Warren Frank and I am the lead singer for The Kents from Lindsay, Ontario.

You released your debut, Waking EP in June, how has the response been?

The response has been very humbling. As this was our debut release we weren’t too sure what to expect when it came to response, but we’ve been really taken by how many people have gone out of their way to talk to us about it. Whether it be through social media or talking to us after a show, we’ve been lucky to get to hear from a lot of people about it and we’re very thankful for that. If you like someone’s work, tell them!

You worked with Derek Hoffman on your EP, how was that experience?

Working with Derek was excellent. We were comfortable working with him from the beginning, and he truly helped us achieve the EP we hoped to create. His creativity paired with his technical and musical skills make him a serious threat. He also went for burritos with us. We can’t overstate how much we like that.

You have a music video coming out in the next month for your next single, “Something About Her”, can you tell us a bit about the concept behind the video?

I’ll say this, we had to hire someone to teach us how to do stage combat for the concept, but you’ll have to wait and see what happens! We’re also working with director Philip Sportel, which has us very excited.

You have shared the stage with some huge Canadian acts, such as The Trews and The Strumbellas, is there anyone you’d like to tour with in the future?

We’d love to tour with a fellow Canadian band like The Elwins or Arkells. Both of these bands are well known for their kindness, work ethic and their great music, so I think we could learn a lot from them about how to make the most of touring and performing. We’re also just big fans of them as well.

You have an upcoming show on November 11 at Adelaide Hall in Toronto along with The Elwins, what can you tell us about this show?

We’re playing with the Nursery and The Elwins in what will be our last show in Toronto for 2016. The Elwins are notorious for their hugs, so prepare yourself for that if you decide to stop by. We’ll also be playing some new tunes we’ve been working on over the course of the summer.

What can someone who has yet to see you live expect from your live show?

We want every Kents show to be an experience for the audience as much as it is for us, so expect some group vocals and some energetic breakdowns as well.

“The Anatomy of the Tongue in Cheek” by Relient K

I saw Hollerado in Peterborough a little while ago, so great.

What is your favourite outdoor activity in the autumn months?

I love taking walks in the fall and listening to new music. This past autumn though I mostly listened to older Vampire Weekend and Born Ruffians.

I am a Canadian Citizen and have done most of my growing up in rural Ontario, but I was actually born in Chicago, and spent the first 6 years of my life there.

To any fans we always want to say thanks. We wouldn’t have progressed as a band at all if it weren’t for the encouragement that people have given us over the years. Coming out to our shows and sharing our earliest versions of our songs, the belief they had in us helped us believe in ourselves. And to anyone who’s just discovered us recently, we hope we get to meet you, new stuff is on the way!