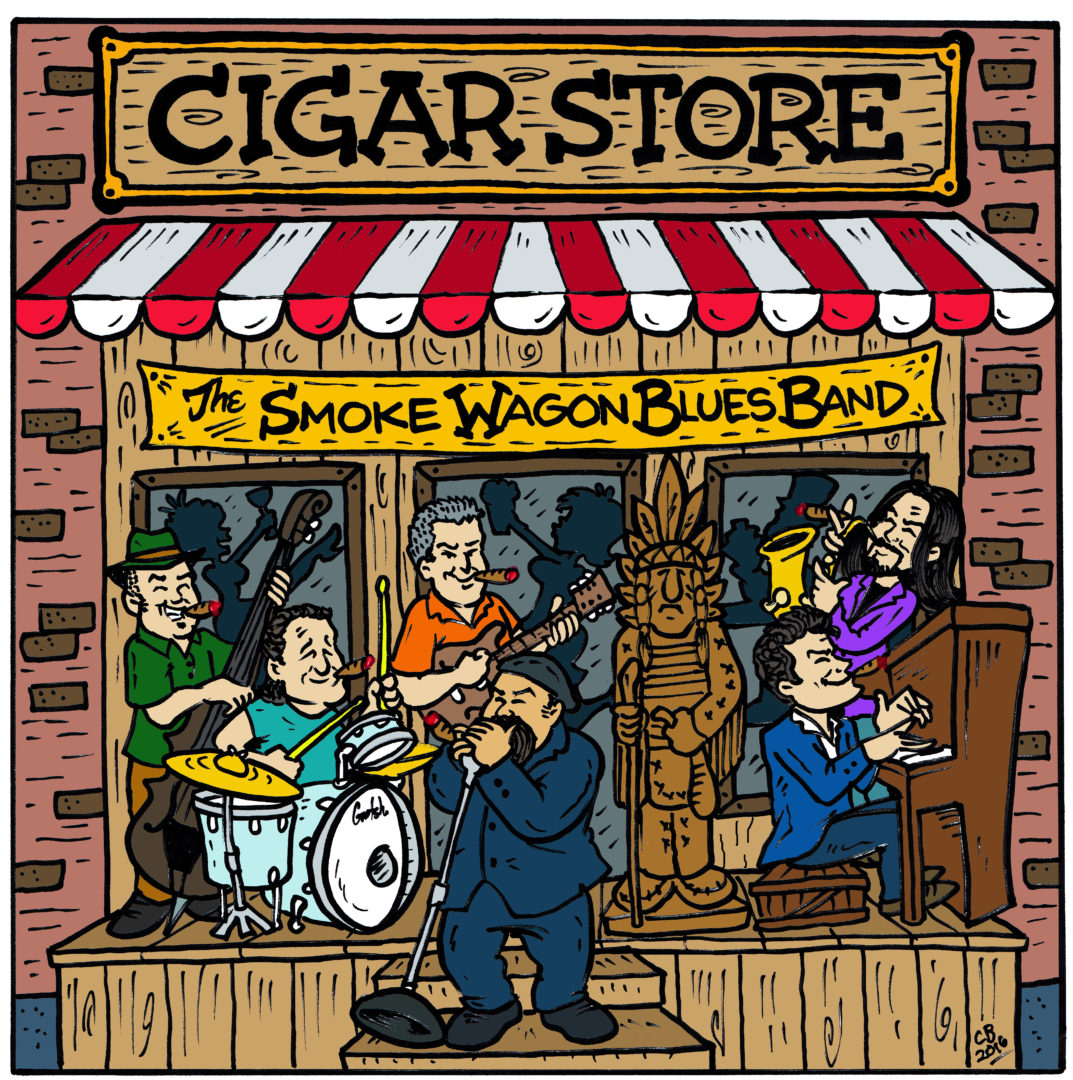 This is the new album from The Smoke Wagon Blues Band called Cigar Store. These players from Hamilton, Ontario have been in the Blues scene for a while now; since 1996. From 5 star ratings in many blues magazines to topping charts around the world they have just released another independent album.

They have come up with some pretty intense tracks on this album. Beginning with my favourite track, “Quarter Mile”. I first put this track on in the morning and boy it sure got me moving. The sweet guitar flow sped me up and the story line is a great motivation to getting that one fiery woman in your life that gets your heart beating time in a “Quarter Mile”.

This band is a true representation of Hamilton’s scene with its Dark Valley flow. If you ever get a chance stop in to Hamilton for a bite to eat and a good show if you can catch one from The Smoke Wagon Blues Band and most important come support this band of amazing performers here on all of their online sites: