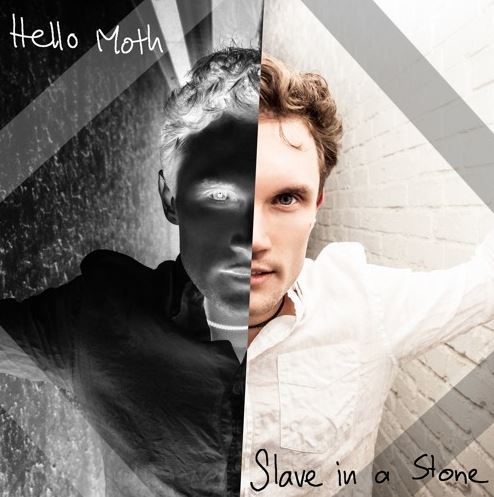 Calgary’s Hello Moth has returned with his sophomoric full length album, Slave In A Stone.  The acclaimed singer, songwriter, and producer has done everything on the record which looks to integrate warm vocals with cold electronic tones.

In many ways, Hello Moth is the successor to Owl City; by taking the art of the solo singer-songwriter and removing the typical acoustic elements with an array of digital tones, he has managed to create a slightly unique alternative to what we have come to expect from such artists.  While innovative in this regard, and the artistry and ability to write, record, and produce a record by oneself is impressive, Slave In A Stone fails to live up to such innovation.  Hello Moth has a great voice, but to combine it with lifeless synths and cheesy electronic ostinatos does not create the stark contrast of organic and robotic that he had hoped for, but instead seems like wasted potential of what could have been against what is.

That being said, there are a handful of songs which I quite enjoyed off the record.  The lead single, “A Song About Transience” is among the top, with its catchy melodies and electronic hooks.  However, it is the dark and groovy “Always Done” that stands out as my favorite.  The song features far more percussive vocals in that Hello Moth’s words are sung with a bite in his tone, and the percussion track, bass, and synth progress nicely in a rhythmically interesting manner, culminating with a haunting bridge and a powerful chorus.

All in all, Slave In A Stone is a rather weak record from an artist who should be quite strong.  From a song writing perspective, it is more than evident that Hello Moth is very much a talented writer with a great voice, but his vocal melodies are often brought down by his array of electronic ornamentation which fails to keep up with his artistry.  Don’t get me wrong, there certainly are elements on Slave In A Stone which are great, however they take some time to surface.