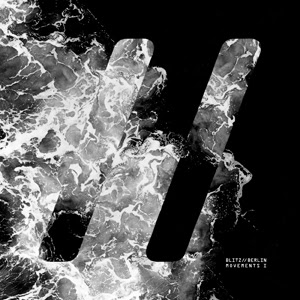 Toronto’s own Blitz//Berlin are pleased to announce the release of their debut instrumental album “Movements 1”, available everywhere today 10/28 via Wax Records/Universal Music Canada. “Movements 1” features a collection of the bands original neo-classical and film score compositions including “Surfboard Fire”, which is featured in 2016’s most viewed movie trailer for the highly anticipated film “The Girl On The Train”. For the movie trailer only, Blitz//Berlin joined forces with American rapper, songwriter, record producer, fashion designer and entrepreneur Kanye West (yes, Yeezus himself), to compose and score the music that includes a sample from West’s global hit song “Heartless”. “Surfboard Fire” was presented the Bronze Award at the 2016 Clio Awards for “Best Use of Music”, an award program that recognizes innovation and creative excellence in advertising, design and communication, as judged by an international panel of advertising professionals.

Recorded throughout 2016 in Toronto, Vancouver, Tokyo and Los Angeles “Movements 1” also features original compositions from select films such as “The Void” and “It Stains The Sands Red”, which won “Best Film (Midnight X-treme)” at the Sitges Film Festival.  After entering the Hollywood film score scene in 2014 with the movie “Extraterrestrial”, Blitz//Berlin released their debut album “Distance” in October 2015.  Featuring a slew of genre bending tracks including lead single “Jesus Shoes”, “Distance” blends experimental rock with catchy hooks and electro-punk vibes.

For three self-described “punk kids” from Toronto, the leap from distorted guitars to orchestral arrangement may seem counterintuitive, but somehow with this album, Blitz//Berlin has turned dissonance into symphony.  From a delicate and introspective piano piece, to electronic waves and orchestral horror mayhem, “Movements 1” runs the emotional gamut, weaving and dodging the listener’s expectations and delivering a profound musical statement.